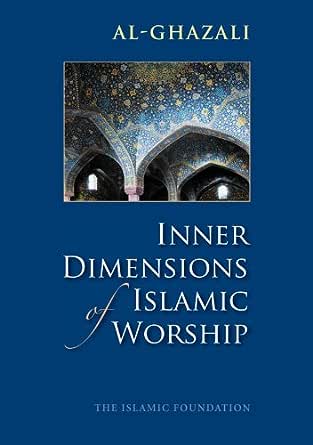 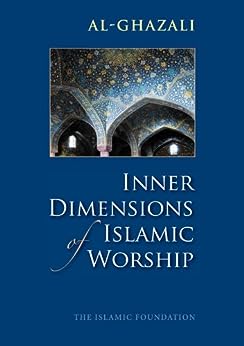 AL-GHAZALI, Abu Hamid Muhammad (450/1058-505/1111), a towering figure in Islam, was born at Tus, near Mashhad in Iran, in the early Seljuq era and studied theology and law at Nishapur. His formidable intellectual abilities soon won him honour and respect at the court of the famous Seljuqi Prime Minister, Nizam al-Mulk, and, while still in his early thirties, he became Professor at Madrasa Nizamiyya in Baghdad and attained great prominence there. But soon he abandoned his professorship for a decade of contemplation and study. He returned for a while to lecture at the Nizamiyya in Nishapur before his death. He wrote a large number of works, which include Al-Munqidh min al-Dalal (a biographical account), Tahafut al-Falasifa; but his magnum opus remains the Ihya' Ulum al-Din in four volumes, compiled during his period of retirement and contemplation. MUHTAR HOLLAND, the translator, was born in Durham in the North-East of England in 1935. Whilst still a pupil at the Johnston Grammar School there, he developed a strong interest in foreign languages which led him to later study of Arabic and Turkish at Balliol College, Oxford. Subsequently, during his National Service in the Royal Navy, he also learned Russian. He went on to lecture in Arabic, Turkish, and Near-Eastern History at the University of Toronto, then in Islamic Law at the School of Oriental and African Studies, University of London. He taught Classical Arabic and Greek Philosophy at the Institute of Malay Language, Literature and Culture, of the National University of Malaysia in Kuala Lumpur. For a time he was a Senior Research Fellow at the Islamic Foundation, Leicester. --This text refers to the paperback edition.

4.8 out of 5 stars
4.8 out of 5
117 global ratings
How are ratings calculated?
To calculate the overall star rating and percentage breakdown by star, we don’t use a simple average. Instead, our system considers things like how recent a review is and if the reviewer bought the item on Amazon. It also analyses reviews to verify trustworthiness.

Fouziah
5.0 out of 5 stars Game changer
Reviewed in the United Kingdom on 17 June 2016
Verified Purchase
This book brings you back to reality. It's for anybody who has lost their path and need guidance, this book surely does justice. The content hits your inner self and with this book as a read of turn to every night you will never sway back to old disliked habits
Read more
One person found this helpful
Report abuse

B Becker
5.0 out of 5 stars This book is a gem
Reviewed in the United Kingdom on 22 May 2018
Verified Purchase
This is such a great little book with deep insights on the spiritual aspects of Islam. The writing is beautiful and easy to follow. I will probably read this many more times, as it's really compelling and the perfect read for Ramadan.
Read more
Report abuse

farjina b.
5.0 out of 5 stars Good
Reviewed in the United Kingdom on 10 February 2019
Verified Purchase
Great
Read more
Report abuse

N. kanona
5.0 out of 5 stars Easy to read and understand
Reviewed in the United Kingdom on 4 May 2019
Verified Purchase
A wonderful book to inspire individual spiritual growth
Read more
Report abuse
See all reviews
click to open popover
Unlimited FREE fast delivery, video streaming & more
Prime members enjoy unlimited free, fast delivery on eligible items, video streaming, ad-free music, exclusive access to deals & more.
> Get started
Back to top
Get to Know Us
Connect with Us
Make Money with Us
Let Us Help You
EnglishChoose a language for shopping.
© 1996-2020, Amazon.com, Inc. or its affiliates