<![endif]--> Skip to main content
Inner Engineering: A Yogi's Guide to Joy and over 2 million other books are available for Amazon Kindle . Learn more
Share 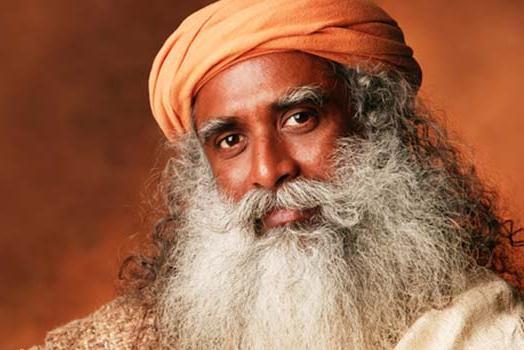 This book not to be assumed on any religious belief or spiritualism. Guide for individual development with understanding of basic physical, mental and fundamental value of humans being . Once elaborated and convinced about it than it ventures into unexplored areas by most. Must read for every one believers in any religion , faith or non believers even. All will be benefited. Rare book do not miss to read. --ByAshok Gyanchand on 10 September 2017

Must read ... Don't read further reviews just buy it and if u had seen Sadhguru all video in YouTube , I suggest u not to buy ... It's all copy from his speeches but I like his speeches so much that I can't resist myself buying this Beautiful book... I read it again n again. --ByJOYon 12 September 2017

I thought engineering is only related to physical world bcoz I an automobile engineer, but Sadhguru revealed another dimension so that engineering can be applied to our own body, i feel proud to be an Indian bcoz this inner engineering technology has been born here since ages, Sdhguru he himself is a reminder for us to go back and re-engineer ourselves. Excellent book. --ByAmazon Customer on 4 August 2017

Yogi, mystic and visionary, Sadhguru is a spiritual master with a difference. Absolute clarity of perception places him in a unique space, not only in matters spiritual but in business, environmental and international affairs, and opens a new door on all that he touches. Probing and passionate, insightful, logical and unfailingly witty, Sadhguru's talks have earned him the reputation of a speaker and opinion-maker of international renown. He has been a lead speaker at the United Nations General Assembly, a regular at the World Economic Forum, and a special invitee at the Australian Leadership Retreat, Indian Economic Summit and TED. His astute and incisive grasp of world affairs, as well as his unerringly scientific approach to human well-being have had a transformative influence at establishments such as the World Bank, House of Lords (UK), the World Presidents’ Organization, the Massachusetts Institute of Technology, the London Business School, Google, and Microsoft, to name a few. With a celebratory engagement with life on all levels, Sadhguru's areas of active involvement encompass fields as diverse as architecture and visual design, poetry and painting, ecology and horticulture, sports and music. He is the designer of several unique buildings and consecrated spaces at the Isha Yoga Center, which have received wide attention for their combination of intense sacred power with strikingly innovative eco-friendly aesthetics. Sadhguru is also the founder of Isha Foundation, a non-profit organization dedicated to the well-being of the individual and the world for the past three decades. Isha Foundation does not promote any particular ideology, religion, or race, but transmits inner sciences of universal appeal.

Start reading Inner Engineering: A Yogi's Guide to Joy on your Kindle in under a minute.

Hari Mohan
5.0 out of 5 stars Best Book For Reconstruction. (Read before you buy)
14 February 2019
Format: PaperbackVerified Purchase
Firstly the book was in a good condition. Thanks to amazon for the safe delivery.

For me many things were understood.
I'm mentioning just a few here.

The book is in two parts, the first is more of theory about Sadhguru himself, what well-being is, what responsibility is and what it is not, and what yoga is. Through these chapters many concepts are broken down and redefined for me. This part of the book sets the foundation for the second half of the book - the more practical aspect.

In the second half, Sadhguru explains the body, mind, our energy in fair amount of detail, but in a simple and witty manner, I was just flowing with it!

What struck me most was how we as humans have focused so much on our discerning intellect (which divide, categorizes, and dissects), that it's expression is found in the way we as a society discriminate, divide, and dissect almost everything; the most painful one according to me being the division of people into various groups which are then discriminated against.

In this second half, Sadhguru gives us many Sadhanas (or tools or practices) that we can do. Even if we choose one of these and practise in a consistent manner, it will be very beneficial for one's well-being.

Finally, the line which summarizes Sadhguru's message, according to me is this: "Yoga is not about being superhuman; it's about realizing that being human is super". This beautiful sentence encapsulates the message what we as healers do our best to spread among all that we come across.

I highly recommend this book to you all, it is a very good primer to start your journey of going within.

If this make any change in you. Vote "Helpful" & I may come with another reviews.

5/5 rating for Amazon delivery and the page print quality...

Sadhguru talks about three important things which controls our thoughts and emotions in life... Those are *Body, *Mind, & *Energy...

Body is the only thing that is visible and can easily controlled... Every human being has 5 senses i.e., 1) Touch, 2) Sight, 3) hearing, 4) Taste, and 5) Smell... If these 5 senses stops working then it is hard for one to realize actually what and who you are... So, these 5 senses plays a important role in life... and hence one should maintain them very well...
one must gain focus & control over these senses or else it will impact on one's Mind and Energy...

(Sadhguru) Shares and very interesting and funny story of A man wants to acquire Supernatural powers from a Spiritual guru... (pl. read the book for the story)
What ever you input to your brain the same output it gives... if you input positive thoughts only positive will be outcome... and vice versa...

If one uses energy in right direction it gives benefit and if one uses it in wrong direction one will suffer... Here Sadhguru treated Energy as Karma... and said If one do good to others the same will return to him/her... and vice versa...

The best part of the book is in Sadhana : A small exercise which helps one to do meditation... and there are bunch of sadhanas shared in this book...

My thoughts : If you are a follower of Sadhguru, then you like this book, If you are not, then I don't recommend this book to you... (Now this is totally subjective), Because at the last chapter Sadhguru talks about occult powers which I personally Didn't like, apart from that, this book is OK and pl. don't buy this book with full expectations... you may get disappointed).

I don't recommend this book to every one but only to sadhguru followers... and do recommend following books to read...

Kindle Customer
5.0 out of 5 stars One of the finest book which has a power to transform your life
22 February 2018
Format: Kindle EditionVerified Purchase
I was already quite impressed with Sadhguru through his Youtube videos so I thought to give it a try. This book will enlighten you on so many aspects that will help you to know life as it is. It will make you think and act upon transforming yourself.
This is the book which you might have to read again and again to understand it more profoundly. This is the book that will stay with you.
Read more
78 people found this helpful
Helpful
Comment Report abuse

Kaavya
5.0 out of 5 stars Life changing!
15 September 2018
Format: PaperbackVerified Purchase
This book changed my perspective about everything in life... Right from our mind, emotions to our body, the energies and it's entire engineering... Promotes Yoga in every step... Yoga is certainly the way... It is not a religious book which is the best part... It has some extremely good examples and ways of explaining certain concepts... I would suggest the reader must go slow with the book, and must go on to read the next chapter only if the previous one is fully understood or practiced... Must practice yoga to understand things in a better way... It practically helped...
Read more
22 people found this helpful
Helpful
Comment Report abuse

Surbhi Dogra
5.0 out of 5 stars Truely an investment in yourself.
15 July 2017
Format: PaperbackVerified Purchase
One who is looking for insight into the non physical dimension and have penchant to know more about life must read this spectacular piece of learning about spirituality which is soul awakening. Sadhguru's mystical lens for insight will definitely enhance your perception. Indeed its a best seller.
Read more
23 people found this helpful
Helpful
Comment Report abuse

Amazon Customer
5.0 out of 5 stars A must read
12 June 2019
Format: PaperbackVerified Purchase
- I bought it beacuse I like Sadhguru's idealogy.
- When I started reading thought will finish it within a week but it actually took me almost a month as it has enriched knowledge.
- It's written in a simple and understandable way.
- I really enjoyed the sense of humour which makes reading enjoyable.
- At the end the most important part is the "Sadhana" ( It's actually life changing if one impliment it)
Read more

Go to Amazon.com to see all 751 reviews 4.7 out of 5 stars
Pages with related products. See and discover other items: all product, all products, sports books, spiritual books, english book
Unlimited FREE fast delivery, video streaming & more
Prime members enjoy unlimited free, fast delivery on eligible items, video streaming, ad-free music, exclusive access to deals & more.
> Get started
Back to top
Get to Know Us
Connect with Us
Make Money with Us
Let Us Help You
EnglishChoose a language for shopping.
© 1996-2020, Amazon.com, Inc. or its affiliates