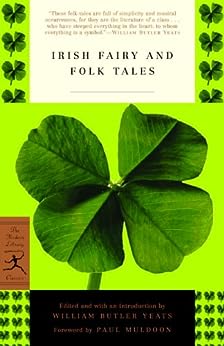 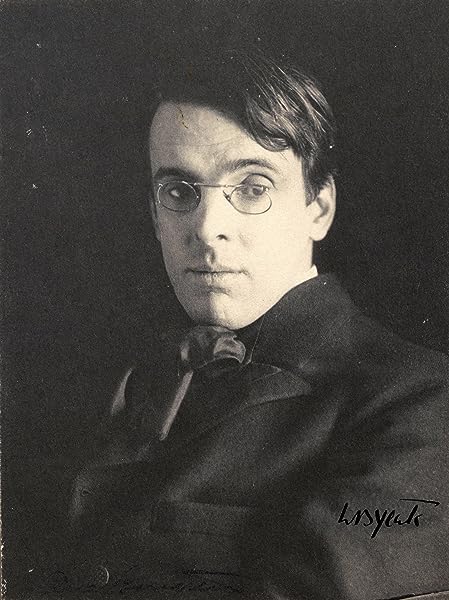 “These folk-tales are full of simplicity and musical occurrences, for they are the literature of a class...who have steeped everything in the heart: to whom everything is a symbol.”—William Butler Yeats --This text refers to an alternate kindle_edition edition.

“These folk-tales are full of simplicity and musical occurrences, for they are the literature of a class...who have steeped everything in the heart: to whom everything is a symbol.”—William Butler Yeats --This text refers to an alternate kindle_edition edition.

Gathered by the renowned Irish poet, playwright, and essayist William Butler Yeats, the sixty-five tales and poems in this delightful collection uniquely capture the rich heritage of the Celtic imagination. Filled with legends of village ghosts, fairies, demons, witches, priests, and saints, these stories evoke both tender pathos and lighthearted mirth and embody what Yeats describes as "the very voice of the people, the very pulse of life."
"The impact of these tales doesn't stop with Yeats, or Joyce, or Oscar Wilde," writes Paul Muldoon in his Foreword, "for generations of readers in Ireland and throughout the world have found them flourishing like those persistent fairy thorns." --This text refers to an alternate kindle_edition edition.

The Irish word for fairy is sheehogue [sidheóg], a diminutive of “shee” in banshee. Fairies are deenee shee [daoine sidhe] (fairy people).

Who are they? “Fallen angels who were not good enough to be saved, nor bad enough to be lost,” say the peasantry. “The gods of the earth,” says the Book of Armagh. “The gods of pagan Ireland,” say the Irish antiquarians, “the Tuatha De Danān, who, when no longer worshipped and fed with offerings, dwindled away in the popular imagination, and now are only a few spans high.”

And they will tell you, in proof, that the names of fairy chiefs are the names of old Danān heroes, and the places where they especially gather together, Danān burying-places, and that the Tuatha De Danān used also to be called the slooa-shee [sheagh sidhe] (the fairy host), or Marcra shee (the fairy cavalcade).

On the other hand, there is much evidence to prove them fallen angels. Witness the nature of the creatures, their caprice, their way of being good to the good and evil to the evil, having every charm but conscience—consistency. Beings so quickly offended that you must not speak much about them at all, and never call them anything but the “gentry,” or else daoine maithe, which in English means good people, yet so easily pleased, they will do their best to keep misfortune away from you, if you leave a little milk for them on the window-sill over night. On the whole, the popular belief tells us most about them, telling us how they fell, and yet were not lost, because their evil was wholly without malice.

Are they “the gods of the earth?” Perhaps! Many poets, and all mystic and occult writers, in all ages and countries, have declared that behind the visible are chains on chains of conscious beings, who are not of heaven but of the earth, who have no inherent form but change according to their whim, or the mind that sees them. You cannot lift your hand without influencing and being influenced by hoards. The visible world is merely their skin. In dreams we go among them, and play with them, and combat with them. They are, perhaps, human souls in the crucible—these creatures of whim.

Do not think the fairies are always little. Everything is capricious about them, even their size. They seem to take what size or shape pleases them. Their chief occupations are feasting, fighting, and making love, and playing the most beautiful music. They have only one industrious person among them, the lepracaun—the shoemaker. Perhaps they wear their shoes out with dancing. Near the village of Ballisodare is a little woman who lived among them seven years. When she came home she had no toes—she had danced them off.

They have three great festivals in the year—May Eve, Midsummer Eve, November Eve. On May Eve, every seventh year, they fight all round, but mostly on the “Plain-a-Bawn” (wherever that is), for the harvest, for the best ears of grain belong to them. An old man told me he saw them fight once; they tore the thatch off a house in the midst of it all. Had anyone else been near they would merely have seen a great wind whirling everything into the air as it passed. When the wind makes the straws and leaves whirl as it passes, that is the fairies, and the peasantry take off their hats and say, “God bless them.”

On Midsummer Eve, when the bonfires are lighted on every hill in honor of St. John, the fairies are at their gayest, and sometimes steal away beautiful mortals to be their brides.

On November Eve they are at their gloomiest, for, according to the old Gaelic reckoning, this is the first night of winter. This night they dance with the ghosts, and the pooka is abroad, and witches make their spells, and girls set a table with food in the name of the devil, that the fetch of their future lover may come through the window and eat of the food. After November Eve the blackberries are no longer wholesome, for the pooka has spoiled them.

When they are angry they paralyze men and cattle with their fairy darts.

When they are gay they sing. Many a poor girl has heard them, and pined away and died, for love of that singing. Plenty of the old beautiful tunes of Ireland are only their music, caught up by eavesdroppers. No wise peasant would hum “The Pretty Girl Milking the Cow” near a fairy rath, for they are jealous, and do not like to hear their songs on clumsy mortal lips. Carolan, the last of the Irish bards, slept on a rath, and ever after the fairy tunes ran in his head, and made him the great man he was.

Do they die? Blake saw a fairy’s funeral; but in Ireland we say they are immortal.

Up the airy mountain,
Down the rushy glen,
We daren’t go a-hunting
For fear of little men;
Wee folk, good folk,
Trooping all together;
Green jacket, red cap,
And white owl’s feather!
Down along the rocky shore
Some make their home,
They live on crispy pancakes
Of yellow tide-foam;
Some in the reeds
Of the black mountain lake,
With frogs for their watch-dogs
All night awake.

High on the hill-top
The old King sits;
He is now so old and gray
He’s nigh lost his wits.
With a bridge of white mist
Columbkill he crosses,
On his stately journeys
From Slieveleague to Rosses;
Or going up with music
On cold starry nights,
To sup with the Queen
Of the gay Northern Lights.

They stole little Bridget
For seven years long;
When she came down again
Her friends were all gone.
They took her lightly back,
Between the night and morrow,
They thought that she was fast asleep,
But she was dead with sorrow.
They have kept her ever since
Deep within the lake,
On a bed of flag-leaves,
Watching till she wake.

By the craggy hill-side,
Through the mosses bare,
They have planted thorn-trees
For pleasure here and there.
Is any man so daring
As dig them up in spite,
He shall find their sharpest thorns
In his bed at night.

Up the airy mountain,
Down the rushy glen,
We daren’t go a-hunting
For fear of little men;
Wee folk, good folk,
Trooping all together;
Green jacket, red cap,
And white owl’s feather!
--This text refers to an alternate kindle_edition edition.

Paul Muldoon is Oxford Professor of Poetry and Howard G. B. Clark Professor in the Humanities at Princeton University. His recent works include To Ireland, I; Poems 1968–1998; and Moy Sand and Gravel. He lives in Princeton, New Jersey. --This text refers to an alternate kindle_edition edition.
Read more

4.6 out of 5 stars
4.6 out of 5
135 global ratings
How are ratings calculated?
To calculate the overall star rating and percentage breakdown by star, we don’t use a simple average. Instead, our system considers things like how recent a review is and if the reviewer bought the item on Amazon. It also analyses reviews to verify trustworthiness.

Martin Ryan
4.0 out of 5 stars Irish fairytales
Reviewed in the United Kingdom on 8 January 2021
Verified Purchase
Like this , written in old speak have to read some bits twice to understand sometimes
Read more
Report abuse

Aine Arnold
5.0 out of 5 stars Fairy folklore
Reviewed in the United Kingdom on 13 March 2021
Verified Purchase
I've only read the first few chapters and already love it. Being from ireland I grew up listening to stories told by my both grandmothers about banshees and fairy rings etc and loved listening about them
Read more
Report abuse

Liam Taggart
5.0 out of 5 stars Ten out of ten
Reviewed in the United Kingdom on 13 July 2020
Verified Purchase
Great book for the imaginative
Read more
One person found this helpful
Report abuse
See all reviews
Back to top
Get to Know Us
Connect with Us
Make Money with Us
Let Us Help You
EnglishChoose a language for shopping.
© 1996-2021, Amazon.com, Inc. or its affiliates