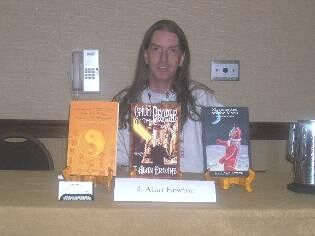 J Alan Erwine was born in Akron, Ohio at the end of the 60's. He currently lives outside of Denver with his beautiful wife, their three wonderful daughters, three crazy cats, and a turtle.

J has sold more than 40 short stories to a variety of markets. He has had four short story collections published, as well as three novels. J is the co-designer of the Ephemeris Science Fiction Role Playing Game, and now spends much of his time writing supplements for the game. He is also the creator of the game The Battle for Turtle Island.

As an editor, J has edited more than a dozen books, and many more magazines, and has done freelance work for such publishers as ProMart Publishing, Sam's Dot Publishing, and Nomadic Delirium Press. He is the editor of two magazines, The Martian Wave, and The Fifth Di..., and is also editing two anthologies at the moment. 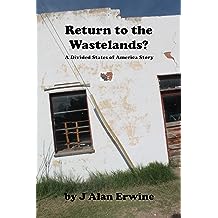 Return to the Wastelands? (The Divided States of America) 31 Mar, 2022
by J Alan Erwine
₹ 113.00
Robert Jenkins escaped The Wastelands, but he feels that the best part of him has been left in that horrible place. Now, with the help of unexpected friends, Robert has to decide if he goes back to save the love of his life, or enjoy his new life in The Rocky Mountain States of America. 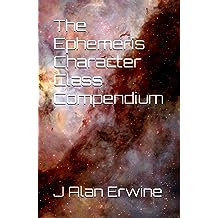 The Ephemeris Character Class Compendium 24 Feb, 2022
by J Alan Erwine
₹ 449.00
Originally released as individual supplements, this compendium combines all of the previously released character class supplements into one volume.
You can use this compendium to create variant classes of the basic Ephemeris characters; or use it to round out a character you already have. This tome also introduces you to some of the mercenary and trade guilds that can be found in the Ephemeris universe. 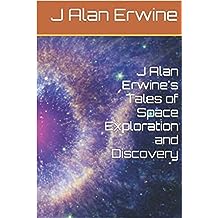 J Alan Erwine's Tales of Space Exploration and Discovery 4 Nov, 2021
by J Alan Erwine
₹ 297.00
For decades, J Alan Erwine has been writing stories about space exploration and discovery...now all of those stories are gathered into one massive tome. Travel the far reaches of space, or explore the solar system with him. Some of the stories are dark, some are optimistic, but all of them are uniquely his.
This collection also features the first four stories in Erwine's Solar Federation Series. 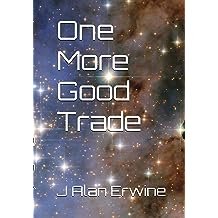 One More Good Trade 9 Sep, 2021
by J Alan Erwine
( 1 )
₹ 220.00
Your name is Anthony Jones. You’re a Human free Trader. Your ship is called The Longest Night, and you have two crewmates, Tora-no, a four-armed Althani Soldier and Creeoona, a Tulmath Cyber Wizard. Three adventures lie open to you, which one will you pick, and what will happen along the way? You get to decide what happens in this story, as you pick your way through various plot twists. 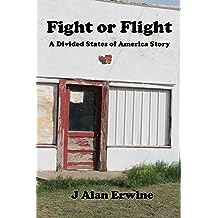 Fight or Flight (The Divided States of America) 9 Jul, 2021
by J Alan Erwine
( 1 )
₹ 111.00
Robert grew up in The Wastelands, where kids are forced to grow up fast, or they die. Now as a member of The Rose Clan, Robert finds himself on his first mission outside of The Wastelands…a raid into The Rocky Mountain States of America, but nothing has gone as planned, and now he finds himself on the verge of death…but he’s been there many times before, and maybe death isn’t as bad as going back to The Wastelands.

A part of The Divided States of America series. 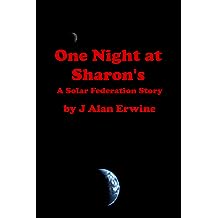 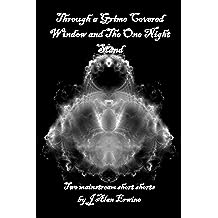 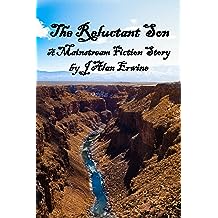 The Reluctant Son 25 May, 2021
by J Alan Erwine
₹ 72.00
Stephen's father has passed away, and he's not sure how to process it, since he and his father were never close...to say the least. Now, the reading of the will unhinges him and sends him on an adventure that will either kill him, or turn him into the person he's supposed to be. 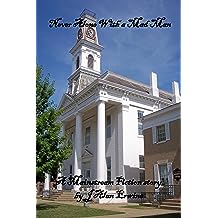 Never Alone with a Mad Man 18 May, 2021
by J Alan Erwine
₹ 72.00
Most people said Bubba wasn't right in the head, but a man new to town thinks there's much more to it than that as Bubba decides he wants to be "friends." In the end, who is actually the mad man? 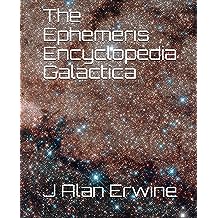 The Ephemeris Encyclopedia Galactica 16 Apr, 2021
by J Alan Erwine
₹ 1,498.00
Are you ready to embark on your largest Ephemeris adventure ever?Now, in one massive tome, all 61 sectors of the Ephemeris Encyclopedia Galactica. Explore Colonized Space, Near Space, Unexplored Space, and Deep Space all from one book.The settings and the adventures are as expansive as the galaxy itself.
Read more
Other Formats: Paperback
inclusive of all taxes 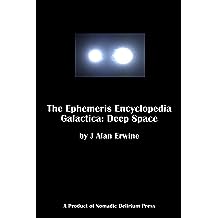 The Ephemeris Encyclopedia Galactica: Deep Space 9 Apr, 2021
by J Alan Erwine
₹ 449.00
Explore all of Ephemeris: Deep Space with this one book. Battle the Khruntha, help the Lomisians in their explorations, or join with the Alexans, the Ernya, or the Julahmo on an infinite number of possible adventures.This book contains all of the previously released individual sectors Forty-Two through Sixty-One.
Read more
Other Formats: Paperback
inclusive of all taxes 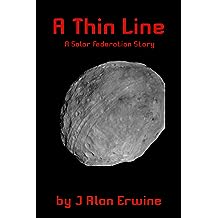 A Thin Line (Solar Federation Book 3) 15 Nov, 2020
by J Alan Erwine
₹ 74.00
The SFS Arizona has been shot down by rebels, and has crashed on the asteroid Hygeia. The ship is dying and so is her crew. Captain John Lee is faced with trying to save his crew, knowing that the rebels are still out there. Can he save any of his crew, or will the rebels return to finish them off before he can figure out what needs to be done?
Read more
inclusive of all taxes