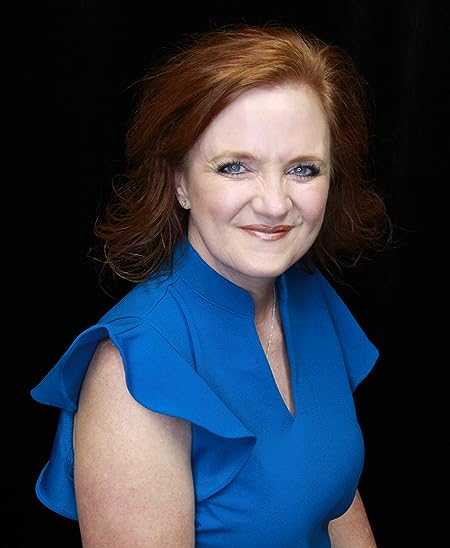 USA Today & Wall Street Journal Bestselling author JANICE LYNN loves to spin a tale that touches her readers' hearts by putting a smile on their lips and a tear in their eye. Her favorite read is one with a strong heroine who can laugh at herself and a hero who appreciates the heroine's strengths and imperfections, and can't help but love her. Janice strives to write characters who make her want to go along for their adventure and smile several times on the journey to their happily ever after.

Janice lives in Tennessee with her family, her vivid imagination, an adorable Maltese named Halo, and bunches of unnamed dust bunnies that moved in after she started her writing career. In addition to writing romance, Janice is a registered nurse, a quilter, a military mama, and a supporter of the Quilts of Valor Foundation.

Janice has published 30+ books with various publishing companies. She writes contemporary Medical Romances for Harlequin, and is very excited about the release of her first sweet romance from Hallmark Publishing. Her books have won numerous awards including the National Readers' Choice Award, the Golden Quill for Best Short contemporary Romance, the American Title, the Holt Medallion Award of Merit, and the Golden Quill for Best first book. 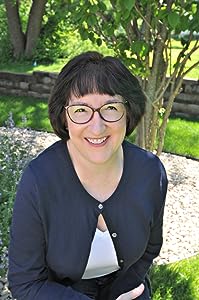 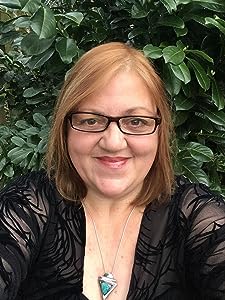 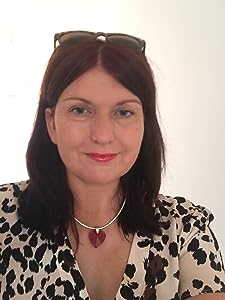 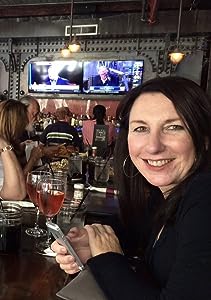 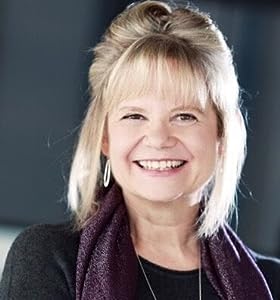 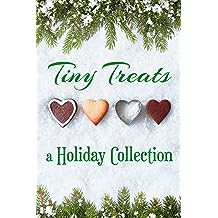 Close to Perfect by Suzanne Ferrell

To Santa with Love by Lindsey Brookes

A Perfect Party by Anna Sugden

The Miracle of the Child by Bridget Hodder

Mistletoe Magic by D. B. Sieders

On This Christmas Day by Natalie J. Damschroder

A SEAL’s Proposal by Tawny Weber

The Christmas Before Hell Froze Over by Sally Kilpatrick

An Unexpected Guest by Beth Pattillo

Giving Thanks by Jeanette Grey

A Holiday Miracle by Michelle Monkou

All She Wants for Christmas by Janice Lynn

The Solstice Ball by Nancy Northcott

Snow and Ghosts by Nicki Salcedo

A Candle in the Window by Dorien Kelly

In Which Miss Gardella Receives Three Gifts by Colleen Gleason

A Miracle for Molly by Trish Milburn 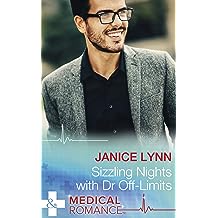 A date with her past!

When nurse Emily Stewart puts herself up for a hospital charity auction, she never expects the winning bidder to be Lucas Cain—her new boss…and ex-husband!

Since their marriage crumbled, Emily hasn’t wanted to experience such tempestuous passion again. She’s still hiding a heart-breaking secret from Lucas… Yet he’s changed during their years apart, and soon a red-hot fling is impossible to resist! Dare she finally open up to Lucas, and give their love a second chance? 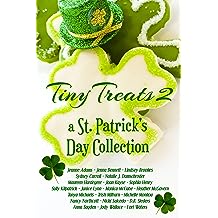 The collection includes:
Love and Corned Beef by Heather McGovern
Haint and Begorrah by Maureen Hardegree
The High King’s Cauldron by Joan Kayse
Probability of Love by D.B. Sieders
Getting Lucky by Jenna Bennett
Her Pot of Gold by Lindsey Brookes
To Love a Leprechaun by Sophia Henry
Springs Love by Sydney Carroll
Pinch for Good Luck by Lori Waters
Lucky Enough by Natalie J. Damschroder
A Perfect Lucky Charm by Anna Sugden
His Good Luck Charm by Janice Lynn
Green Beer by Nancy Northcott
Blueberry Delight by Monica McCabe
Date at McCabe’s by Jody Wallace
Lucky in Love by Tanya Michaels
One Magic Kiss by Jeanne Adams
Green Beer and Shenanigans by Sally Kilpatrick
The Ides by Nicki Salcedo
A Gift from County Cork by Michelle Monkou
Lucky Day by Trish Milburn 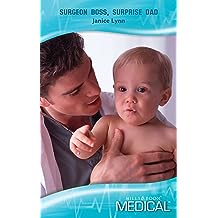 Dedicated surgeon and confirmed bachelor Adam Cline never thought he would settle down – until beautiful nurse Liz stole her boss’s heart away! But when Adam learns he can never give Liz the life she has always dreamed of, he tells her that, for her sake, he must walk away…

But Liz has a secret of her own… Putting her broken heart aside, she has to tell Adam she is expecting his baby! No matter what the future holds, Liz must prove to Adam that their one chance at happiness is coming together – as a family… 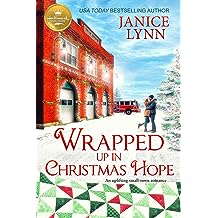 
Morgan’s late husband was a daredevil…and now she’s a widowed single mom. All she wants now is to set up a stable life for herself and her son in the small town of Pine Hill, Kentucky.

Andrew’s a firefighter who thrives on the rush of saving others. His secret dream is to become a smokejumper and fight raging wildfires across the country. But it’ll mean leaving his hometown and the people who rely on him.

Morgan and Andrew are drawn together as they both volunteer to make quilts for veterans at the local quilt shop. Morgan’s son looks up to Andrew, and Morgan can’t help but notice how good Andrew is with him. Meanwhile, Andrew’s torn between his ambition and his growing attraction to Morgan. They both have choices to make about their future…and about each other. 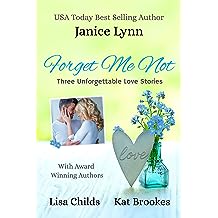 Forget Me Not: A Sweet Romance Anthology 6 Jul, 2021
by Janice Lynn, Lisa Childs, Kat Brookes
( 4 )
₹372.00
The FORGET ME NOT anthology is a collection of 3 sweet romance novellas by USA Today Bestselling Author Janice Lynn and award-winning authors Lisa Childs and Kat Brookes. Pre-order price .99 cents! After July 12th price will be $4.99*Net proceeds through 8/31/21 go to the Alzheimer's Association.Book 1 – A LOVE MEANT TO BE by Janice Lynn When Bellamy Collins’ mother is injured, she flies home to Potluck, Georgia. Other than brief holiday visits over the past ten years, Bellamy had done her best to steer clear of her hometown and the man she’d once given her heart to. Just thinking about Mason made her heart hurt, so she shouldn’t have been surprised at the emotions seeing him again stirs up in her. So much had been left unresolved between them when she left to pursue her career on Broadway. She’d found success and happiness in New York, but her foolish heart seems determined to be trampled over again. No matter how drawn she still is to him, nothing has changed. She’ll be leaving as soon as her mother is on her feet, and Mason will be continuing on with his life in Potluck. Mason Waldron knew nothing would keep Bellamy from coming home to stay with her mother after her accident. Not even the chance of running into him. He’d moved on after their relationship ended, but the marriage, one he’d jumped into for all the wrong reasons, had ended in divorce. Now he’s raising his young daughter alone and knows it’s not only his heart that could be broken if he lets Bellamy into his life again. Can they find a way to be friends without his heart yearning for more? The more time they spend together, the more Mason knows theirs is a love that’s meant to be, but how can his small-town life ever compete with the bright lights of the stage?Book 2 – A LOVE SO TRUE by Lisa Childs True Morgan has always longed for the kind of love for herself that her parents found when they met in second grade. Ever since the day her dad declared his love in a homemade Valentine and her mother checked the box that she felt the same, they’d been inseparable. With her mother gone too soon to Alzheimer’s disease, True is worried about her father, but she’s also worried about the single father of one of her young students. She’s worried that she’s falling for him. Blake Walters has a secret…crush on his daughter’s teacher. Unfortunately that’s not the only secret the single father is keeping, and because of that, he can’t risk getting involved with anyone - even someone as beautiful and sweet as True Morgan. Book 3 – A LOVE WORTH HOLDING ON TO by Kat Brookes Professional bull rider Tucker McGraw fell in love with Jenni Lee Sanders in high school. That love grew while traveling the rodeo circuit together. Then Tucker suffered a devastating injury that not only ended his bull riding career, but his chance at a future with Jenni Lee. She’d been prepared to give up professional barrel racing to help care for him during his lengthy recovery. Only he loved her too much to take that from her, so he’d done the only thing he could – he set her free. She deserved more than a broken-down cowboy whose well-planned future had suddenly hit an impassable roadblock. Jenni Lee’s heart had never fully healed after Tucker McGraw ended their relationship. Now, nearly two years later, she runs into her ex at the Yellow Rose Rodeo and all those old feelings comes rushing back. To make matters worse, her daddy hires Tucker to help out at the ranch until he’s back on his feet so Jenni Lee can return to barrel racing. But Jenni Lee isn’t about to trust Tucker to stick around and see things through. Not when he’d prone to running off when things get tough. Only the more time she spends with Tucker, the more Jenni Lee realizes there’s something she wants more than another rodeo championship.
Read more
inclusive of all taxes 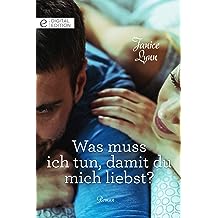 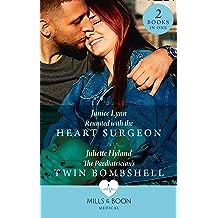 Time for fate to step in?

Nurse Natalie is stunned when she’s tasked with planning a charity gala – with her ex, Will! How can she work with the man that she never stopped loving? And what happens, when one last night, leads to a lifetime of consequences?

The forever she never imagined!

Why is pediatrician Tessa all work, and no play? Well, she’s far too used, to people not believing in her. Still, Tessa can’t resist one – incredible! – night, in nurse Gabe’s arms… A night that will change her life – completely! 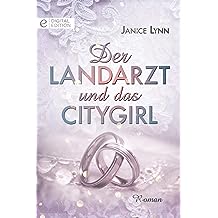 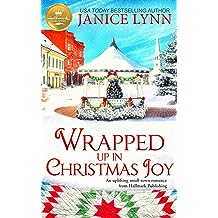 Wrapped Up in Christmas Joy: An uplifting small-town romance from Hallmark Publishing 27 Oct, 2020
by Janice Lynn
( 275 )
₹457.80
When a quilt shop owner
finds a former Marine’s journal,
she longs to heal his heart…

When Sophie Davis sorts through a box of donated books to her church, she’s surprised to discover a soldier’s journal. As the daughter of a veteran who watched her father struggle over the years, she feels a deep connection to the man who wrote the emotional entries.

Former Marine Cole Aaron battled to find peace after returning to civilian life. He’s always needed to protect others. Now, fighting fires in Pine Hill, Kentucky helps him put out the demons within him. When Sophie shows up at the fire hall with his journal from when he’d first returned stateside, Cole can’t believe it was in the box he’d donated. Not wanting to face painful memories, he tells her to trash it.

Sophie and Cole are drawn together as they both volunteer for their community, but it’s hard for Cole to let down his guard, and he doesn’t need anyone’s pity. After all he’s been through in the past, can he find faith in a more hopeful future…one touched by joy? 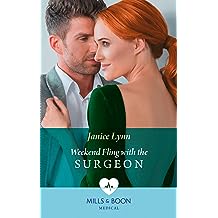 A boyfriend for the weekend…
A love of a lifetime?

When Dr McKenzie Wilkes’ boyfriend dumps her before a family wedding, she desperately asks her colleague surgeon Ryder Andrews to take his place. There’s a connection with Ryder she’s never experienced before that she’s determined to ignore… Until one unexpected and impulsive kiss puts paid to that! As passion explodes between them, could McKenzie be heading for wedding bells of her own? 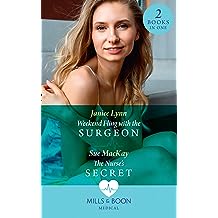 One weekend… to forever?

When Dr McKenzie Wilkes’ boyfriend dumps her before a family wedding, she desperately asks colleague surgeon Ryder Andrews to take his place. There’s a connection with Ryder she’s never experienced before that she’s determined to ignore… Until one impulsive kiss changes everything!

Could he complete their family?

Three years ago, nurse Stacey shared one night with a gorgeous stranger, before he flew back to New Zealand. Now, surgeon Noah has walked back into her London hospital, ready to rekindle their passion. But is he ready to learn he’s a dad?