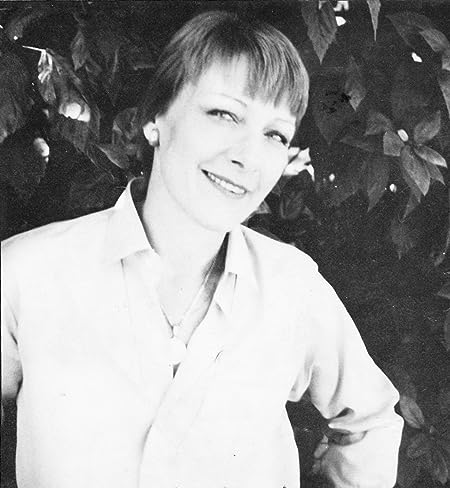 Jennifer was born into a family of British colonials. Her ancestors sailed the seas with the square-rigged clipper ships of the British East India Company. Her grandfather was an engineer on one of the steam-sailer, merchant ships in Peking (Beijing) during the Boxer Rebellion. This may have been a harbinger of her own cosmopolitan life of travel and adventure.

Her mother's family, for two generations past, were part of the British Raj in India. Both her mother and grandmother were born in Calcutta.

Her father, Major General Gordon Pritchard, went to India first as a young subaltern, spending much of his early military career on the North-West Frontier Province, bordering Afghanistan, near the famed Khyber Pass. He was later Engineer-in-Charge of the building of the First Burma Road during World War II.

Jennifer was born in England but set sail for India at the tender age of six months. The land of Kipling became her home for the first nine years of life. Initially, she lived in Pakistan (then part of India) and Kashmir. She had vivid memories of meeting the Maharajahs who were friends of her grandparents and being taken, at the age of four years, to visit the fabulous palace of Maharajah of Orcha, Rajputana. Another indelible memory was a five-day train journey southward, down the entire length of the subcontinent in 1942 during tribal insurgencies. (The entourage for this trek consisted of her mother, her English nanny, a six-year-old Jennifer, their personal bearer, two Great Danes and one cocker spaniel, accompanied by 27 pieces of assorted luggage.) The Gond tribesmen derailed the train in front of the Pritchards and they were stranded for ten hours, surrounded by wrecked railway coaches and dead bodies (both human and animal), while engineers struggled to replace the tracks.

Returning to England in 1944, she was on the first convoy to travel through the Mediterranean where a German U-boat chased them. In England for the remainder of World War II, she clearly remembered the V-1 "buzz bomb" raids and the first V-2 rocket attacks on London.

After years spent in a proper English boarding school, she flew to Cyprus in 1950 where her father was Chief Engineer. Jennifer was there for the first stirrings of Žnosis (a movement favoring Greek annexation) and EOKA (their militant arm) terrorism.

Moving from Cyprus to the Suez Canal Zone in Egypt, she was the last dependent to fly-actually smuggled-into the troubled zone. She spent a year and a half behind barbed-wire with her family on a British military base during the period of unrest when General Naguib forced King Farouk I to abdicate (Nasser replaced Naguib in 1954 after Jennifer left Egypt) and when the famous Shepherd's Hotel was razed. The British families in the Canal Zone suffered spasmodic attacks from the Egyptians. On one occasion, the car in which Jennifer was traveling across the desert was forced off the road by Egyptian terrorists. She and her companions were saved from being shot by the fortuitous arrival of a British army truck filled with soldiers.

After her father's untimely death in 1957, her mother, Lucette, joined Jennifer's aunt and uncle (Sir Alexander MacFarquhar-later to become Director of Personnel for the United Nations and Deputy to former Secretary General U Thant) who was, at the time, Regional Director of the United Nations Technical Assistance Board in Bangkok. Her mother lived for some 20 years in Thailand after Sir Alexander received another posting.

In 1962, after some uneventful married, domesticated years in England, during which her elder son, Jonathan, was born, Jennifer and her son joined her mother in Thailand.

In Bangkok, Jennifer designed the first export line of Thai furniture and fabrics for Design Thai, one of Rockefeller's IBEC ventures; she later wrote a women's page and food column for the Bangkok World.

After two years, Jennifer moved to Hong Kong where her younger son was born. She organized the Fourth Asian Advertising Congress and, then, worked for Marklin Advertising, Limited. She also undertook the publicity for visiting entertainers-in 1964 both the Dave Brubeck Quartet and the Beatles gave concerts. Jennifer designed their programs and helped organize the Beatles' visit as part of their World Tour. She spent four days hosting George, Paul, John and stand-in drummer Jimmy Nichols (Ringo was in England with tonsillitis) in the President Hotel.

In 1968, she went to Vietnam during the height of the conflict, taking her two sons along. She became countrywide representative for Revlon International military sales-a job that took her to eight, in-country destinations each month. She was able to get a wide view of the war, including coming under fire several times. At the end of the next year, she left Vietnam. She and her family decided to book passage on a freighter bound for the United States, anticipating a relaxing and peaceful voyage. They encountered two major storms, an engine breakdown, a near collision with a Russian freighter and an incipient mutiny by the crew!

Jennifer resided in Southern California until 1974, working for the United Nations Association (the not-for-profit, fund-raising organ of the United Nations), undergoing only one traumatic experience: in 1972, just before Christmas, her house in Venice was destroyed by fire.

Jennifer returned to Thailand in 1974 and stayed for two more years; certainly a period of turmoil in Southeast Asia. She lived next door to former Prime Minister M. R. Kukrit Pramoj (who, incidentally, had a cameo role in The Ugly American starring Marlon Brando), and still remembers the day his house was attacked and sacked by an angry mob. She became a radio newscaster in Bangkok and reported the tragic and violent days during the fall of Saigon and the overthrow of Cambodia.

In 1976 she resettled in the U.S. She taught Indian and Southeast Asian cooking for six years at her school, The Asian Experience, in Los Angeles, wrote a weekly column on Oriental cuisines for the Los Angeles Herald-Examiner and contributed to several national magazines: Gourmet, Sunset, Metropolitan Home, Diversion, Cuisine, Food & Wine. She displayed her culinary skills on both local, "AM Los Angeles," and national television, "Hour Magazine," as well as numerous personal, cooking demonstrations for major commercial institutions: Robinson's, Bullocks, the United California Bank, the World Center, etc.

In 1982 Jennifer moved to Guam in the Mariana Islands where she lived for three years. She divided her time between writing food and travel articles, and researching a future book about the Pacific. Subsequently, she moved to the Kingdom of Saudi Arabia where she founded a writer's workshop in Jeddah and completed a novel.

While residing in Japan, her last book, Curries and Bugles: A Cookbook and a Memoir of the British Raj, was released in 1990, simultaneously produced and published by HarperCollinsPublishers in the U.S. and VIKING/PENGUIN Books Limited in the U.K. Curries and Bugles won the "Best Book, Literary Food Writing" award from the International Association of Culinary Professionals.

Jennifer was the author and illustrator of the following: The Original Thai Cookbook, Coward, McCann & Geoghegan, publishers in the U.S. (Thai Cooking, Jill Norman & Hobhouse in the U.K.); paperback publication in the U.S. by GD/Perigee (the U.K. paperback by Futura Publications). The Cuisines of Asia was published by St. Martin's/Marek in the U.S. and, at the same time, by Macdonald and Company in England. One-Dish Meals of Asia, Times Books, was released in April of 1985 in the U.S. and the U. K. publication, by Robert Hale, Limited, debuted in July of 1986. In 1989, an Italian edition of The Original Thai Cookbook, entitled La Cucina Thailandese, was translated and published by Calderini Editori of Bologna, Italy; The Cuisines of Asia was retitled Encyclopedia of Chinese and Oriental Cookery and issued by Black Cat Reprint/Macdonald (Publishers) Limited in London. In the U.S., both The Cuisines of Asia and One-Dish Meals of Asia were released in soft cover by St. Martin's Press and HarperCollinsPublishers, respectively. And VIKING/PENGUIN issued a paperback version of Curries and Bugles in the U.K. in 1992.

Jennifer was a primary contributor to The Oxford Companion to Food (Oxford University Press, 1999) by Alan Davidson in the areas of Southeast Asian, East Asian and Pacific foods.

Perils Editions-an imprint of Tuttle Publishing- re-released Curries & Bugles along with Jennifer's last project, Tradewinds & Coconuts: A Reminiscence & Recipes from the Pacific Islands. Tradewinds & Coconuts was judged a finalist in the "Best Book" category "Literary Food Writing" for the year 2000 by the International Association of Culinary Professionals. Jennifer was the recipient of the San Diego Book Awards 2000 from the San Diego Book Awards Association for both the best in the "How To" category and the Theodor S. Geisel Award for the best book (fiction, nonfiction, poetry, etc.) published in the year 2000 by a San Diego author for Tradewinds and Coconuts.

Jennifer passed away in California in August of 2011. 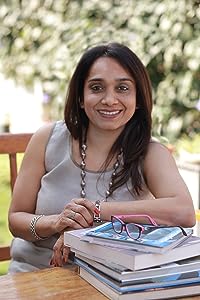 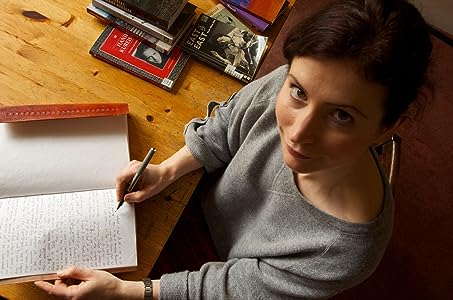 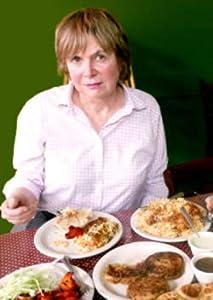 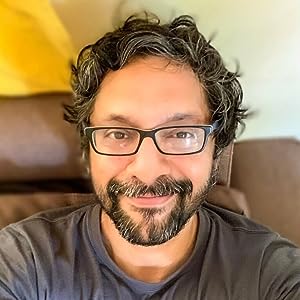 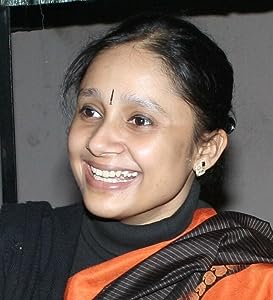 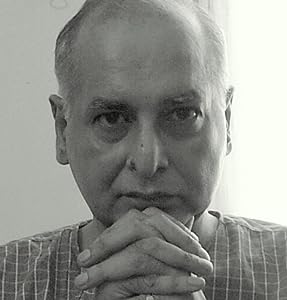 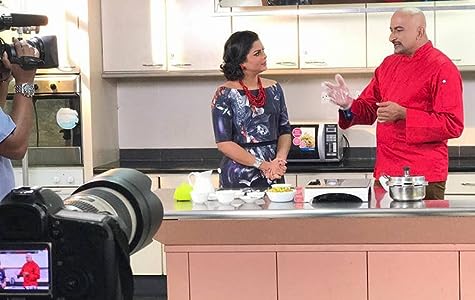 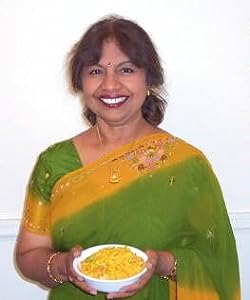 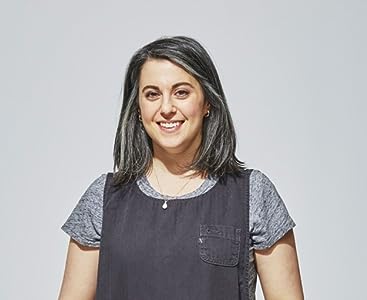 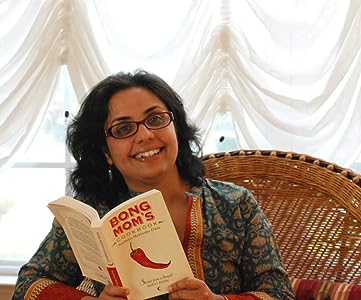 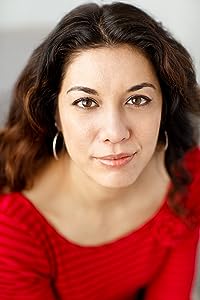 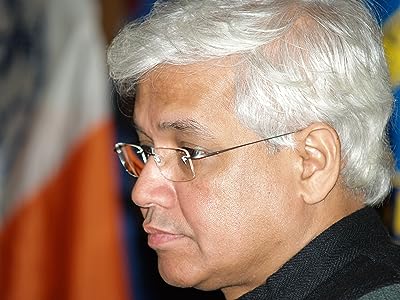 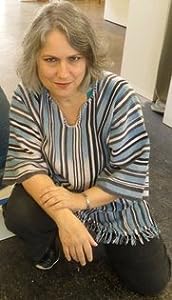 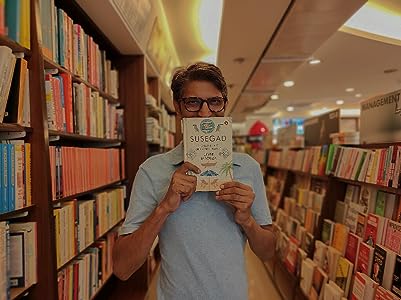 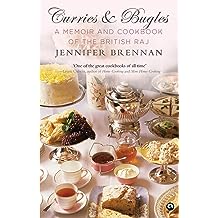 CURRIES & BUGLES: A Memoir and Cookbook of the British Raj 10 Nov, 2020
by Jennifer Brennan
( 29 )
₹ 333.45 ₹ 382.48
You Save: ₹ 49.03(13%)
Rich with arcane lore and historical notes about the imperial period, Curries & Bugles offers more than 200 recipes from the British Raj in India. With warmth, wit, and intelligence, Jennifer Brennan conjures everything from simple family fare to wedding meals, club dinners, and the Raj at teatime.
Read more
Other Formats: Hardcover , Paperback
inclusive of all taxes 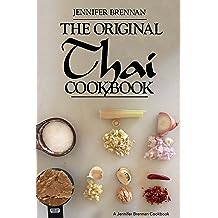 The Original Thai Cookbook (A Jennifer Brennan Cookbook) 13 Jun, 2018
by Jennifer Brennan
( 35 )
₹ 449.00
The first complete, authentic Thai cookbook published in America, with more than 140 traditional, kitchen-tested recipes from Thailand's rich cultural heritage. Recipes range from Princess's Curry to Ram-a-Bathing, from Son-in-Law Eggs to Stuffed Eggs in a Net, and from Spicy Shrimp Salad to Pork Stuffed Omelets. Also included are recipes for making your own Nam Prik and Nam Pla, with variations, and all manner of curry pastes. The origins and history of Thai cooking are delightfully described, along with an authoritative look at Thai culture and customs, highlighting the recipes with entertaining anecdotes and historical information. Now available in Kindle format!
Read more
Other Formats: Hardcover , Paperback
inclusive of all taxes