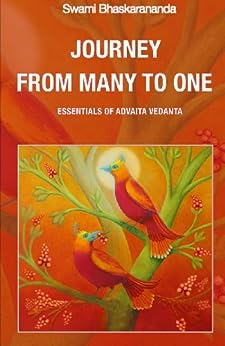 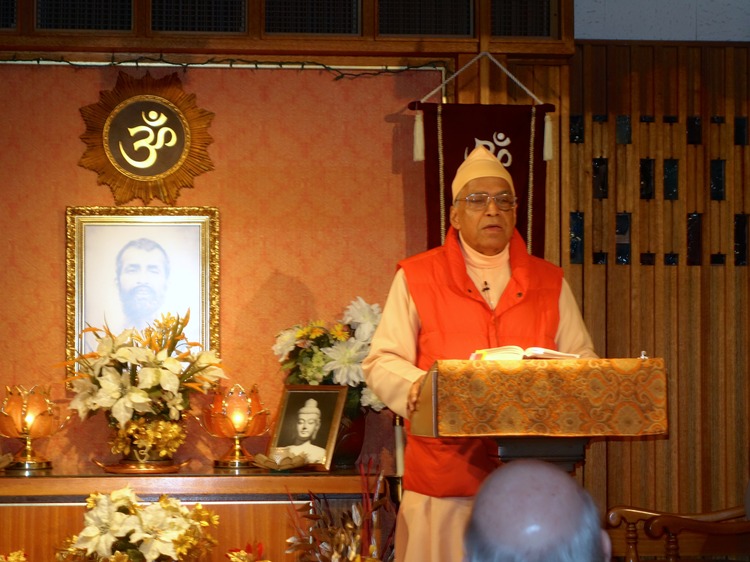 Journey from Many to One / Essentials of Advaita Vedanta Kindle Edition

For many Westerners, the ideas contained in the Upanishads, the philosophical books of India, are puzzling, abstruse, and complex. In this extraordinary book, Swami Bhaskarananda leads readers step-by-step, chapter by chapter, to an understanding of the core of Vedic philosophy: the unity of being. The Swami accomplishes this philosophical and spiritual journey through the skillful use of apt analogies and well-directed reasoning that make the concepts of Hinduism accessible. Readers will find that this book will open their minds to new and rewarding possibilities of thought, while providing an uplifting appreciation of their own divine nature. --Terri Storseth, Ph.D., Asst Prof of Rhetoric, American University of Sharjah

A book which seeks to present in an easily understandable form the ancient teaching of Advaita is fraught with challenges. Only a person who is fully conversant with its complexities and has a solid background in its language can deliver something of its richness without compromising its integrity. Swami Bhaskarananda is fully qualified for this task. His presentation is a joy to read. It cuts to the core of Advaita and elucidates its principles with apt, fresh analogies and stories. The swami covers all the salient points helpful in understanding the nature of Brahman. The essential aspects of time (eternity), space (infinity) and causation (changelessness). The importance of a pure mind is intelligently explained and the conundrum of whether the world exists or not is convincingly presented. There is much food for reflection. --Mountain Path, January-March 2010 issue

Swami Bhaskarananda has done it again. He has written his seventh book on the very challenging topic of Advaita Vedanta, and has explained lofty concepts in such a clear and simple way that by using the powers of logical thinking and concentration, the average person can easily understand these concepts. --Maryte Racys, Seattle Public Librarian --This text refers to the paperback edition.

Swami Bhaskarananda is a senior monk of the Ramakrishna Order of India. He was born and educated in India and joined the Order as a monk in January 1958. He was attached to the Headquarters of the Order at Belur (near Calcutta) for 12 years before being posted to Seattle in 1974. He has been President of the Vedanta Society of Western Washington in Seattle since 1980. He is also the spiritual head of the Vedanta Society in Hawaii and the Vedanta Society in Vancouver (Canada). On invitation, the Swami has traveled extensively in the United States, Canada, Brazil, Argentina, Uruguay, England, France, Japan, Iceland, and the Netherlands, giving talks on Hinduism and other spiritual topics. He has also visited Myanmar, Thailand, China, Russia, New Zealand and Australia. He is a founding member and past President of the Interfaith Council of Washington State. He is the founder and editor-in-chief of the quarterly journal Global Vedanta. Swami Bhaskarananda is the author of the books The Essentials of Hinduism, Meditation, Mind and Patanjali's Yoga, Life in Indian Monasteries, Reminiscences of Swami Brahmananda, and The Philosophical Verses of Yogavasishtha. --This text refers to the paperback edition.

4.6 out of 5 stars
4.6 out of 5
25 global ratings
How are ratings calculated?
To calculate the overall star rating and percentage breakdown by star, we don’t use a simple average. Instead, our system considers things like how recent a review is and if the reviewer bought the item on Amazon. It also analyses reviews to verify trustworthiness.

Nitin Bhandarkar
5.0 out of 5 stars Highly recommended primer to Hindu philosophy
Reviewed in India on 3 May 2020
Verified Purchase
For anyone who is curious to know about Hindu philosophy - not that which is experienced by way of temples, rituals and festivals - this is the one-stop shop for that. Hindu philosophy is so deep into the realms of abstract and meta-physical concepts. Conveying in words something that cannot be perceived or imagined is no small task. This books excels for this very reason. Written in lucid manner that any layman can comprehend and rich with analogies that help in the understanding of abstract constructs.
Where this book excels is that in a simple language it describes the concepts, explains why and how these concepts are relevant in our lives and also provides pointers to how one may attain that supreme state promised in Vedanta. I have never read any other book that covers all these aspects. Definitely this is one marked for re-read.
Read more
Helpful
Report abuse

P. Gangopadhyay
5.0 out of 5 stars Good primer for Advaita Vedanta
Reviewed in India on 22 January 2016
Verified Purchase
This book gives a good summary of Advaita Vedanta. It touches all the key points. I recommend this book for a beginner in Advaita Vedanta.
Read more
Helpful
Report abuse

przRed
5.0 out of 5 stars Five Stars
Reviewed in Canada on 12 May 2018
Verified Purchase
Clear, powerful, confirmed many of my intuitions; a must buy.
Read more
Report abuse

Olivfruit
5.0 out of 5 stars Simply explained
Reviewed in Canada on 21 August 2018
Verified Purchase
I haven't read it through yet, but is simple to understand...
Read more
Report abuse

Jolene P Duff
5.0 out of 5 stars Brilliant and Wonderful
Reviewed in the United States on 1 December 2012
Verified Purchase
This is now one of my favorite books! It will definitely be one of my "go-to" books from now on. I consider myself a student of spirituality and read everything I can get my hands on about all the faiths and it has changed my life in so many wonderful ways. I think one of our greatest problems in the world today is fear of the unknown -- mainly the different religions in the world and the fear of loosing ours --- by learning about the various world religions, I am learning that God speaks to His children in many different ways unique to us because of our cultures, times and places in the world. The one thing that sounds out the loudest to me is that jwe are all worshipping God, the Creator, the Buddha, the Brahman, Al-Lah, the Great Spirit - whatever you may call Him - He/She - IT - belongs to us all.
Read more
9 people found this helpful
Report abuse

Vivek Raghuram
5.0 out of 5 stars Succinct and illuminating
Reviewed in the United States on 4 March 2018
Verified Purchase
This book contains the essence of Advaita and makes it easy for the reader to understand. If you are looking for a cursory knowledge of Advaita and want to have an overview of its teachings, this is the book for you.
Read more
2 people found this helpful
Report abuse

Amazon Customer
5.0 out of 5 stars THANKS
Reviewed in the United States on 25 December 2020
Verified Purchase
THANKS
Read more
Report abuse
See all reviews
Back to top
Get to Know Us
Connect with Us
Make Money with Us
Let Us Help You
EnglishChoose a language for shopping.
© 1996-2021, Amazon.com, Inc. or its affiliates