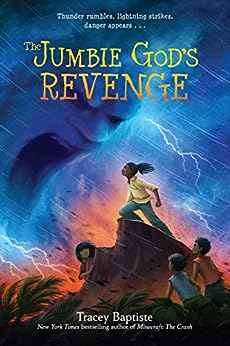 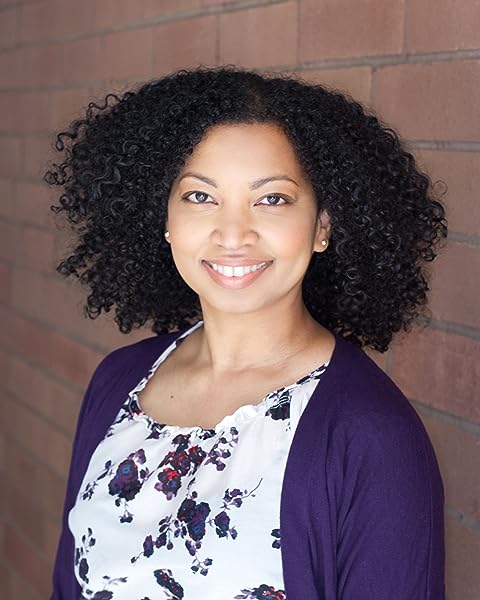 "[A] richly detailed adventure, full of magic, wonder, and danger, that will be remembered long after the last page is read."
--The B&N Kids Blog "With this strong return to the Jumbies series, Baptiste engages all the senses, from the taste of sweet oranges to the scent of salty air . . . [Corinne's] determination, compassion, and bravery will inspire readers to face down any challenges crossing their paths. Baptiste carefully represents Caribbean diversity . . . A tremendous return."
--Kirkus Reviews, starred review "Baptiste continues to successfully blend fantastical and realistic elements, punctuating the plot with true and terrifying details, such as the speed and level of a hurricane's physical destruction, without impeding the Caribbean folktale motifs that underscore the series. Packed with action, the narrative sacrifices not an ounce of emotional authenticity; readers will be as enthralled by the hearten­ing tenacity and perseverance of friendship and community as by the jumbies and humans confronting a dangerous deity. Considerations of the struggles of refugees and the importance of standing up for the vulnerable are especially timely in this propulsive and engaging story."
--The Horn Book Magazine "The Jumbie God's Revenge is an even more amazing installment in this middle-grade fantasy/horror series . . . Filled with action/adventure and a magical world, this book is a quick and engaging read . . . Unique, engrossing, and fully developed, this action/adventure/fantasy/horror series is perfect for the middle grade audience . . . Highly recommend for middle-grade readers who enjoy brave heroines, facing the odds, and magic."
--YA Books Central "As in the previous books, Baptiste tells an action-packed adventure story that resonates emotionally and intellectually. She weaves in threads about family and friendship and forgiveness, responsibility and love and loss and bravery; she touches on scapegoating and the plight of refugees and the importance of standing up for others, whether it be physically or verbally. And, as in the previous books, she does all that with warmth and humor and nuance."
--Bookshelves of Doom --This text refers to an out of print or unavailable edition of this title.

Tracey Baptiste was born in Trinidad, where she grew up on jumbie stories and fairy tales, and decided to be a writer at the wise old age of three. Her debut, a young-adult novel titled Angels Grace, was named one of the 100 best books for reading and sharing by New York City librarians. She is a former teacher, textbook editor, ballerina, and amateur librarian who once started up a library in her house. She writes and edits books for kids.

4.9 out of 5 stars
4.9 out of 5
55 global ratings
How are ratings calculated?
To calculate the overall star rating and percentage breakdown by star, we don’t use a simple average. Instead, our system considers things like how recent a review is and if the reviewer bought the item on Amazon. It also analyses reviews to verify trustworthiness.
Top reviews

Ms. Tracey Vince
5.0 out of 5 stars Sad to see the end of the Series
Reviewed in the United Kingdom on 6 April 2021
Verified Purchase
I was very lucky to receive a Netgalley Arc of The Jumbies God's Revenge by the wonderful Tracey Baptiste. In this final visit to the Caribbean Island where Corrine lives is having some very strange weather which includes out of season Hurricanes. It is upto Corinne and her friends to figure out who is causing this destruction and keep safe all that live on the Island. We also get to know more about Bouki and Malik which I found thoroughly interesting. I am sorry now that this wonderful series has come to an end and will miss looking up all the different Jumbies to see what they look like. I also loved the way Tracey kept the chapters short and snappy which made the story fast paced. For these reasons I had to give it 5 stars
Read more
Report abuse

Amazon Customer
5.0 out of 5 stars Great book
Reviewed in Canada on 15 June 2020
Verified Purchase
My 11 year old daughter loved the first book and she was thrilled to get this second one. She read it instantly and thoroughly enjoyed it.
Read more
Report abuse

Starry Eyes
5.0 out of 5 stars Riveting
Reviewed in the United States on 10 December 2019
Verified Purchase
This story feels like a much needed fairy tale for children of African descent. I highly recommend for readers of all ages. Thank you for taking the time to write this beautiful story. My daughters and son enjoyed both “The Rise of the Jumbies” and “The Jumbie Gods Revenge” for our nightly bedtime story. Now, on to the first book the Jumbies!
Read more
Report abuse
See all reviews
Back to top
Get to Know Us
Connect with Us
Make Money with Us
Let Us Help You
EnglishChoose a language for shopping.
© 1996-2021, Amazon.com, Inc. or its affiliates