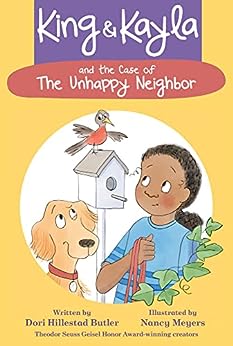 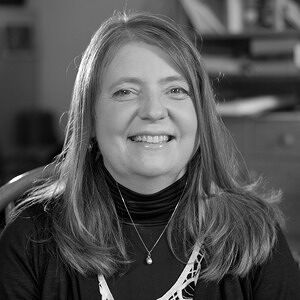 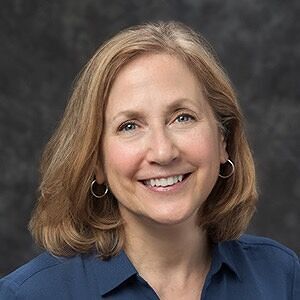 King & Kayla and the Case of the Unhappy Neighbor Kindle Edition

The Theodor Seuss Geisel Honor Award-winning series is back!

“Entertaining reading for the newest generation of detectives.” —Kirkus Reviews

When Jillian’s dog, Thor, is accused of digging up Mr. Gary’s garden, King and Kayla put their detective skills to work to clear his name. At the scene of the crime, Kayla picks up several clues—there is too much damage for a small dog like Thor to have caused, and several half-eaten vegetables are scattered on the ground. King also finds a clue: A witness to the crime tells King that the culprit is a “new guy” who likes to fight. But who could that be? And can they track down this new guy and clear Thor’s name?

"Meyers's illustrations invite opportunities for the developing reader to investigate alongside King and Kayla, and provide support and intrigue as the case progresses. The text also invites playful read-alouds... This newest addition to the Kayla and King series continues the good work of the sleuthing duo, offering readers an opportunity to test their mystery-solving skills and laugh along the way." --The Horn Book Magazine

"Meyers invests all her characters with lots of personality... Beginning readers will like the spacious typeset and thought bubbles that clue readers in to King's thinking. This is a great story to help emerging readers strengthen their comprehension skills, and caregivers can easily discuss what young readers already know and what they are discovering along the way to piece together for a final conclusion... Entertaining reading for the newest generation of detectives." --Kirkus Reviews --This text refers to an alternate kindle_edition edition.

Dori Hillestad Butler is the author of over fifty works of fiction and nonfiction for young readers. She has also published stories for children in magazines such as Highlights for Children, Cricket, Spider, Children's Digest, and Child Life. Butler is the children's book review columnist for the Cedar Rapids Gazette.

Nancy Meyers is a graphic designer and illustrator and the proud owner of Sullivan, golden-doodle extraordinaire! She lives in Minnesota. --This text refers to an alternate kindle_edition edition.

4.9 out of 5 stars
4.9 out of 5
74 global ratings
How are ratings calculated?
To calculate the overall star rating and percentage breakdown by star, we don’t use a simple average. Instead, our system considers things like how recent a review is and if the reviewer bought the item on Amazon. It also analyses reviews to verify trustworthiness.

Sabrina
5.0 out of 5 stars Love it
Reviewed in the United States 🇺🇸 on 22 July 2020
Verified Purchase
My daughter loves this series of books. She is 6 years old and an accelerated reader, so they are an easy read for her which builds her confidence. The stories are fun because you get the little girls perspective and the dogs perspective which makes them fun to read. We own all of them except for 1 now.
Read more
Report abuse

Amazon Customer
5.0 out of 5 stars Great addition to my classroom library!
Reviewed in the United States 🇺🇸 on 18 July 2020
Verified Purchase
I'm a 2nd grade teacher, and I was so excited to add the King and Kayla series to my classroom. My kids will love this silly detective series :) I bought all of the books!
Read more
One person found this helpful
Report abuse

MEG
5.0 out of 5 stars Another amazing installment to a great series
Reviewed in the United States 🇺🇸 on 11 March 2020
Verified Purchase
Another AMAZING installment of King and Kayla series!! This series has my student clamoring for more ... music to this teacher’s ears!!
Excellent chapter books without bogging student down with length. Interesting with a fun twist of mystery.
HIGHLY recommend the entire series!!
Read more
Report abuse

Sad Sack
5.0 out of 5 stars Great book. Always fun to read
Reviewed in the United States 🇺🇸 on 3 December 2020
Verified Purchase
Great book. Service from Amazon is great. My granddaughter loves the King and Kayla books.
Read more
Report abuse
See all reviews
Report an issue
Does this item contain inappropriate content?
Report
Do you believe that this item violates a copyright?
Report
Does this item contain quality or formatting issues?
Report