<![endif]--> Skip to main content
Knowledge Encyclopedia Human Body! and over 2 million other books are available for Amazon Kindle . Learn more
Share
Have one to sell?
Sell on Amazon
Flip to back Flip to front
Listen Playing... Paused   You're listening to a sample of the Audible audio edition.
Learn more.
See all 13 images 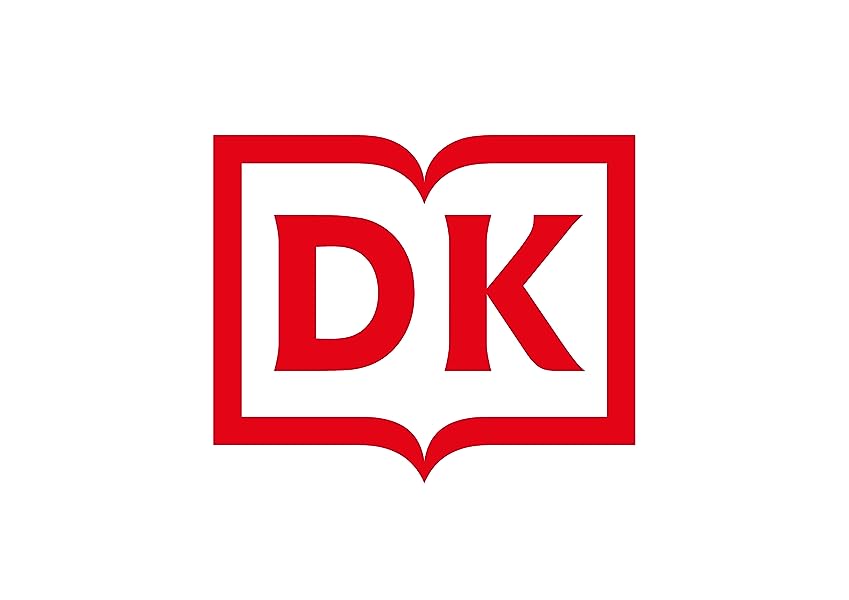 DK presents a readily accessible guide to fill in the blanks and help educate younger readers on the components, cells and organs that comprise us. Well-drawn 3D illustrations play a key role, reinforced by diagrams, infographics, tables and text to present a vast amount of information in a welcoming format.

My daughter is very interested in her body and bodily functions and this book help us answer all her questions... Each part of the body is warmly described in accurate details. It's definitely one of my daughter's favourite books -- Parent with child age 8, Toppsta

This is an absolutely wonderful encyclopedia for older children. It is beautifully laid out with extremely engaging illustrations... I can see this book being a tremendous resource for my daughter over the coming years and one that we use on a regular basis -- Parent with child age 8, Toppsta

I shall be taking this book along with me to school to use... as I think it will be really helpful during biology classes. The human body is amazing. Always so many things to learn. Even my mum has enjoyed reading this book with me too -- Child age 11, Toppsta

A spectacularly visual feast for the eyes and the mind! What an extraordinary book and probably the best book on the human body I have ever read -- Parent with child age 9, Toppsta

Both my daughter and I found this book extremely fascinating and easy to read. The whole book is bright and engaging with lots of pictures and descriptions of how our body works -- Parent with child age 7, Toppsta

Best friends and television presenters Nadia Sawalha and Kaye Adams are well-known for being panellists on the long-running ITV daytime chat show Loose Women. They are both parents, each with two girls between 10 and 15 years old. Together, the pair host their own YouTube channel, Nadia & Kaye, where they vlog about a range of subjects. In July 2017, Nadia's daughter told her about the Snap Map function on Snapchat, which reveals the current physical location of the user's friends on the app. Alarmed at the potential dangers this caused children using Snapchat (which they, as parents, had no idea about), Nadia and Kaye posted their "Parent Alert!" vlog highlighting the app and its dangers. The vlog has been viewed more than 28 million times on Facebook since it was uploaded. Nadia originally rose to fame as an actress, appearing as Annie Palmer in the BBC's EastEnders, and later went on to win Celebrity MasterChef in 2007. Kaye, meanwhile, is a highly respected journalist, having made her name reporting current affairs for ITV and STV, and with a daily current affairs programme on BBC Scotland, The Kaye Adams Programme. With over 25 years' experience, Will Geddes is recognised as a leading specialist security advisor. Beginning his professional career in Human Threat Management (HTM), Will has been strategically and tactically involved in cybersecurity, protection of children and minors, counterterrorism and counter-extremism, extortion management, emergency extractions, intelligence gathering, and investigations. He has operated across the world, including in hostile and high-risk environments, such as Iraq, Afghanistan, and Syria. Will has worked for royal families, former Heads of State, and Hollywood celebrities, as well as FTSE 100 and Fortune 500 companies. He is also a regular keynote speaker and an advisor to The International Press & Media Group.

Start reading Knowledge Encyclopedia Human Body! on your Kindle in under a minute.

4.7 out of 5 stars
4.7 out of 5
331 global customer ratings
How does Amazon calculate star ratings?
Amazon calculates a product's star ratings based on a machine learned model instead of a raw data average. The model takes into account factors including the age of a rating, whether the ratings are from verified purchasers and factors that establish reviewer trustworthiness.

Gauranga Deb
4.0 out of 5 stars Slight dent but overall amazing!
Reviewed in India on 12 August 2019
Verified Purchase
This book was great for general knowledge and if you want to learn about the human body. (like me)
Mind you, it was actually pretty big and the pages were pretty thin but I don’t mind that.
The book came with a slight dent at the side but it’s no big issue!
The book has a glossy nice look too it and the information inside is really helpful.
So I recommend this personally, but I gave it 4 stars because of the dent.

Fazila
4.0 out of 5 stars Recommended
Reviewed in India on 3 June 2020
Verified Purchase
The book is amazing... and the 3D illustrations are totally rad!
Docking one star for the physical condition of the book, the hardcover edges were dented and frayed. And clearly not due to poor packing. The price has reduced by a further ₹100 so I'm feeling a little cheated too.
It's anyway intended fur rough use - for my 8 year old. So I'm keeping it... the contents are great and it's fun thumbing through the book with the kid.
Read more

Vaman Apte
5.0 out of 5 stars A "must have" book.
Reviewed in India on 11 January 2018
Verified Purchase
Very good book with large images. Real nice one as a mid level anatomy / physiology guide. A must have in collection.
Read more
10 people found this helpful
Helpful
Comment Report abuse

Anandahv
5.0 out of 5 stars Superbly illustrated and highly informative book
Reviewed in India on 28 October 2019
Verified Purchase
I gifted this book to two of my grand children who are studying in 3rd and 2nd standard respectively. They are extremely thrilled with the gift. Not a day goesby without them quoting something or other from it. The book is very informative and beautifully illustrated with computer generated detailed pictures of the various organs and systems.
Read more
One person found this helpful
Helpful
Comment Report abuse

Sumit Mukherjee
5.0 out of 5 stars A book every one should refer to know the basics of humam body..
Reviewed in India on 29 October 2018
Verified Purchase
A very nice book..with description that perfect not over flowed with extra information...any Kid will be interested to see the pictures and there by an opportunity to know our body... Very impressive book.. Return on investment is 200%...
Thanks
Read more
4 people found this helpful
Helpful
Comment Report abuse

N Das
5.0 out of 5 stars Like it
Reviewed in India on 5 August 2019
Verified Purchase
Great Illustrations. Nice buy.
Read more

PNMSYL
3.0 out of 5 stars Good knowledgeable book.
Reviewed in India on 23 November 2018
Verified Purchase
Book is nice and has lot of information, however the pair quality could have been better.
Read more
3 people found this helpful
Helpful
Comment Report abuse
See all reviews

Miss K M Turner
5.0 out of 5 stars Fantastic photos
Reviewed in the United Kingdom on 8 January 2019
Verified Purchase
I looked everywhere for a book my 10 year old could learn from. He wanted to know what his testicles looked like inside. This is the perfect book hahahahaha
Read more
14 people found this helpful
Helpful
Sending feedback...
Thank you for your feedback.
Sorry, we failed to record your vote. Please try again
Report abuse

He loves his gaming too; when allowed; but nothing STILL BEATS PAPER !!!!

If your child has ANY interest in any of the fields covered - BUY THEM !!

YOU will NOT be dissapointed :-)
Sincerely !!
Read more
4 people found this helpful
Helpful
Sending feedback...
Thank you for your feedback.
Sorry, we failed to record your vote. Please try again
Report abuse

Elle
4.0 out of 5 stars Excellent resource for older children
Reviewed in the United Kingdom on 27 December 2018
Verified Purchase
Fantastic book for my 12 year old. As a health care professional I am impressed how much information is in it and easily expressed.
Read more
5 people found this helpful
Helpful
Sending feedback...
Thank you for your feedback.
Sorry, we failed to record your vote. Please try again
Report abuse

lesley swallow
5.0 out of 5 stars fabulous
Reviewed in the United Kingdom on 30 March 2020
Verified Purchase
excellent book. great information without going into great detail. brilliant diagrams and pictures. true representation
of body systems. my 10 year old grandson loves it. easy to read and will be a great help to him when he stars secondary school. i highly recommend it
Read more
One person found this helpful
Helpful
Sending feedback...
Thank you for your feedback.
Sorry, we failed to record your vote. Please try again
Report abuse

mrs laura sargent
5.0 out of 5 stars Great pictures clearly written
Reviewed in the United Kingdom on 18 July 2019
Verified Purchase
Bought for my knowledge hungry son who’s not put it down since 😊
Read more
3 people found this helpful
Helpful
Sending feedback...
Thank you for your feedback.
Sorry, we failed to record your vote. Please try again
Report abuse
See all reviews
Unlimited FREE fast delivery, video streaming & more
Prime members enjoy unlimited free, fast delivery on eligible items, video streaming, ad-free music, exclusive access to deals & more.
> Get started
Back to top
Get to Know Us
Connect with Us
Make Money with Us
Let Us Help You
EnglishChoose a language for shopping.
© 1996-2020, Amazon.com, Inc. or its affiliates