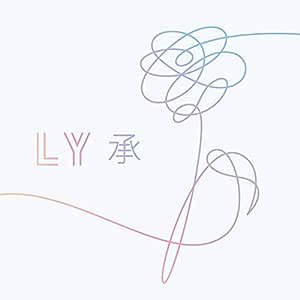 All items in Music are non returnable. Learn more

Within 3 years of their 2013 debut, BTS went from winning several Newcomer Awards to becoming full fledged Korean super idols. Their remarkable impact is felt not only in Korea and all of Asia, but across the globe. Music charts such as Billboard, iTunes and Oricon chronicle their success. Concert tickets and merchandise sales around the world confirm their universal appeal. BTS has won Top Social Artist award at BBMAs 2017, beating out US favorites Justin Bieber, Selena Gomez, Ariana Grande and Shawn Mendes. BTS has been voted for the award on Twitter and on the awards website, using the hashtag #BTSBBMAS more than 300 million times, proving K-pop can compete and thrive on a global scale with music, contents and fandom.

4.8 out of 5 stars
4.8 out of 5
1,353 global ratings
How are ratings calculated?
To calculate the overall star rating and percentage breakdown by star, we don’t use a simple average. Instead, our system considers things like how recent a review is and if the reviewer bought the item on Amazon. It also analyses reviews to verify trustworthiness.

Shreyashi
5.0 out of 5 stars LOVE YOURSELF ☺️
Reviewed in India on 21 November 2017
Verified Purchase
Finally, the album has arrived (it took 8 days 😭). I'm so happy that i got the 'L' version and the photobook is beautiful as expected. It has 11 tracks including the hidden track. All the songs are amazing and meaningful. The album was sealed and everything is perfectly fine. If you can afford then buy this album.
Annyeonghaseyo Army fam. 🙋🏻‍♀️😀
Read more

prashant kulkarni
5.0 out of 5 stars Its soooooooooo COOL😍
Reviewed in India on 28 November 2017
Verified Purchase
I am writing this review a week later after watching BTS on the Ellen Show. Mic Drop was lit❤️❤️❤️.So it took the album around 11 days to reach which was probably a bit long according to me I mean how can u fellow ARMYs wait for it so long? Neways I got the ‘V’ version and J-Hooooopppppeeee’s photo card.The notes are the only thing i need to translate but Im worried if I translate it i will get bombarded with the HYYH theories which isnt cool..... The album is pretty cool and I literally listen to it daily. Indian ARMYs please buy the album if u can and always remeber to Love Yourself as BTS say🤣❤️And yeah those ARMY who r reading this remeber to go and vot for BTS on MAMA afterall we need the daesangs this year. Hwaiting!!
Read more

Jyoti Singh
5.0 out of 5 stars i love BTS!!!
Reviewed in India on 1 July 2018
Verified Purchase
this is serious next level gold people!!!!!! buy it! it really isnt a dissapiontment! love itttt!! this is the best album ive seen and bought so far!
Read more

Raki
5.0 out of 5 stars Must buy
Reviewed in India on 17 May 2019
Verified Purchase
An amazing album worth the price. The album arrived late but still it was worth the wait. I got the O version and the concept pictures look beautiful. You get a photocard, photobook, CD, stickers, notes and a bighit audition slip. I got RM photocard :)
Read more
4 people found this helpful
Helpful
Comment Report abuse

CHANDANA D.
5.0 out of 5 stars Love u v
Reviewed in India on 26 October 2019
Verified Purchase
It's my first album. I am so happy 😀 best perfect fab. Product..... I love you BTS, korea, v, and army
Purple u
Read more
Helpful
Comment Report abuse

Joslyn
5.0 out of 5 stars My lifeu is complete :')
Reviewed in India on 24 November 2017
Verified Purchase
I got it after 2 weeks, but it'd okay :'), I got the "L" version with s namjoon photocard, all of these songs are amazing and if you can, and want to, then go ahead!
Read more

Kindle Customer
4.0 out of 5 stars Great album but no poster.
Reviewed in the United Kingdom on 23 October 2018
Verified Purchase
Album was perfect, love it. However there was no poster inside which was a little disappointing but the album was the main thing. Thank you!
Read more
Report abuse

x
2.0 out of 5 stars poster missing
Reviewed in the United Kingdom on 4 July 2019
Verified Purchase
no poster ,no extra gifts as said in the description
Read more
Report abuse

Jaypee
5.0 out of 5 stars BUY THIS ALBUM NOW.
Reviewed in Canada on 20 February 2018
Verified Purchase
Yes, ladies and gentlemen, I have once again started to stan another group, and not just any group, it's BTS. Listen to me, kpop groups go all out and BTS is no exception. The photobook that comes with the album is literally made with card stock (or so I think) but they're different for each version of the album. So, hope that you get the version you want! Also, I got Namjoon's photocard! :)

But enough with me talking about what I got, you should buy this album now and fan girl the first minute it gets to your doorstep. Enjoy!
Read more
6 people found this helpful
Report abuse

HungerGamesFan
4.0 out of 5 stars Another Hit For BTS!!
Reviewed in Canada on 5 October 2017
Verified Purchase
This is a good CD, but it's softer than the previous releases by BTS and it feels like it's missing something as a result. Mic Drop is the latest song of theirs devoted to answering their haters and, just like with the Cypher series, it's full of great lyrics. Only a fool would go up against the rap line and end up on the receiving end when they're spitting fire. The Billboard Music Awards speech is included on the disc as a skit, which is a nice keepsake to have, especially for those ARMYs who voted tirelessly to help BTS win the Top Social Artist award.
Read more
6 people found this helpful
Report abuse

Meriah
5.0 out of 5 stars Worth it
Reviewed in Canada on 26 October 2017
Verified Purchase
Since these were randomized, I was not sure which of the versions I would get.
I was pleasantly surprised when I had gotten the one I wanted, which was the 'O' version.
For the photo card I received Jungkook, who is one of my bias wreckers, but honestly I wish I had gotten a different member, because I own four different BTS albums, and all four I have gotten Jungkook photo cards. The CD itself is amazing. All the songs on the album are amazing, and the hidden tracks from the physical album was a wonderful addition. There were no problems with the CD and the shipping was fast. Definitely a great purchase!
There was no poster with my order, which is expected because this is JUST the album. The posters are extra gifts, but not available with this option.
Fighting! Xx
Read more
8 people found this helpful
Report abuse
See all reviews
Unlimited FREE fast delivery, video streaming & more
Prime members enjoy unlimited free, fast delivery on eligible items, video streaming, ad-free music, exclusive access to deals & more.
> Get started
Back to top
Get to Know Us
Connect with Us
Make Money with Us
Let Us Help You
EnglishChoose a language for shopping.
© 1996-2020, Amazon.com, Inc. or its affiliates