Skip to main content
Lanka's Princess and over 2 million other books are available for Amazon Kindle . Learn more
Share <Embed>
Have one to sell?
Sell on Amazon 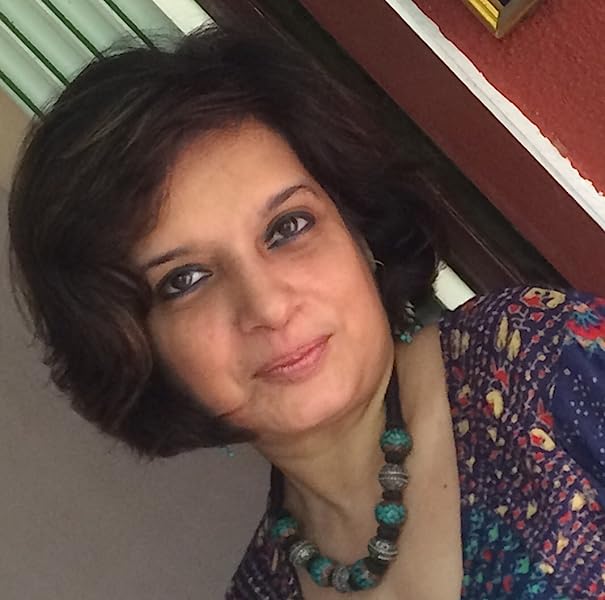 Start reading Lanka's Princess on your Kindle in under a minute.

4.3 out of 5 stars
4.3 out of 5
212 global ratings
How are ratings calculated?
To calculate the overall star rating and percentage breakdown by star, we don’t use a simple average. Instead, our system considers things like how recent a review is and if the reviewer bought the item on Amazon. It also analyses reviews to verify trustworthiness.

Chaitalic
5.0 out of 5 stars Beautiful.
Reviewed in India on 12 April 2019
Verified Purchase
This is my fourth book by Kavita Kane. Earlier I had read Karna's wife, Maneka's choice and Sita's sister. I really like the way she develops each and every character in all her books as if the characters come alive in her writing. Their emotions, love, pain, hatred, manipulations and just about everything. Lanka's sister gives us a deep insight into the character of Surpanakha about whom most of us only know about the famous incident that happened at Dandaka forest which led to the battle of Lanka but this book gives a deep and thoughtful insight into the character of Surpanakha her emotions, pain, rejection and hatred and the circumstances which eventually led to the battle of Lanka. Not only Surpanakha but each and every character has been developed beautifully. It is like knowing Ramayana from another angle. Just finished reading and felt like writing this review.
Read more
One person found this helpful
Helpful
Report abuse

Amit Thadhani
5.0 out of 5 stars If you’re enjoy Indic fiction or are looking for something to carry ...
Reviewed in India on 2 February 2017
Verified Purchase
BOOK REVIEW: LANKA’S PRINCESS
AUTHOR: KAVITA KANE
REVIEWED BY: DR AMIT THADHANI

Lanka’s Princess is a short, racy and extremely readable fictionalized account of the Ramayan character Surpanakha aka Meenakshi. From her childhood to her last moments, the author vividly portrays the circumstances that made Ravan and Kumbha’s little sister Meenakshi transform into a vicious, uncontrollable Surpanakha who leads Lanka to its destruction. In this book, Surpanakha comes across as a central character in the plot of the Ramayan, without whom it would simply fall apart – a strong, sensuous, loving but vindictive person, who makes those responsible for the killing of her beloved husband and son pay for it by cold-bloodedly plotting their destruction.
The author skillfully narrates the Ramayan from the perspective of Surpanakha while avoiding feminist and victimhood traps and staying true to the original story. The well fleshed out characters of Lanka’s Princess reveal different aspects to their personality while in no way condoning them – for example, Ravan is a loving and protective but mean and self-centered brother and at the same time a serial rapist, murderous despotic monarch. The females in Kane’s book are strong personalities who make their own choices and shape the destiny of their families, from ambitious, scheming Kaikesi to loving, sacrificing Urmila and the sexually aggressive and manipulative Surpanakha.
The plot moves along at lightning speed from the forests of Dandaka to the palaces of Lanka culminating in the final encounter with Lakshman at Ayodhya, keeping you engrossed throughout. If you’re enjoy Indic fiction or are looking for something to carry along or read on your Kindle on your next short trip, buy this book. It’s a great read.
Read more
9 people found this helpful
Helpful
Report abuse

Arghya Chakraborty
4.0 out of 5 stars A Brilliant Read!
Reviewed in India on 22 April 2019
Verified Purchase
Lanka's Princess ~ You have seen her, portrayed always as a sinner, a monster, an hideous rakhshas. But is that all there is? Or is Surpanakha a victim of patriarchal society? A victim of social injustice?

Read this book from @kavitakane to know more about Surpanakha and her story. Her story proves that there is always more than what meets the eye.
Read more

4.0 out of 5 stars A Brilliant Read!
By Arghya Chakraborty on 22 April 2019
Lanka's Princess ~ You have seen her, portrayed always as a sinner, a monster, an hideous rakhshas. But is that all there is? Or is Surpanakha a victim of patriarchal society? A victim of social injustice?

Read this book from @kavitakane to know more about Surpanakha and her story. Her story proves that there is always more than what meets the eye.

Akshara
4.0 out of 5 stars There is always a back story.
Reviewed in India on 30 March 2021
Verified Purchase
I killed my brothers, my familly ,runined Ram & Sita's life and make lakshamn endure a worse fate. That is story of my life.
Yes she is supnakha known as ravan's sister.
✨"Lanka's princess"✨
💮Have you ever think who was she⁉️ ,,,beside powerful kings sister❓❓
💮Book revolves around surpnakha from her childhood to bloodshed war to end.
She was born to asura kaikesi and sage vishravas,yongest among all four.
💮Her father named her meenakshi buy her mother named her chandranakha as she had curled nails.
💮She was born disoppintemet to her mother, and unwanted daughter. she was neglected by her parents, she was never much loved by her parents as her brother nor understood.
💮she was only loved and supported by her borther kumbhakarn and grandmother 'tarka'.such behaviour and cold words by her mother on her had develepoed a gap between her and other family members.
💮After conquering lanka, she was crowned as lankas princess. She got married to vidyujiva,,,❤❤❤
💮she was adored and loved by him
to whom she lost his heart, where she find peace happiness for first time in her life.but soon it was taken away from her ,ravan killed vidyujiva (he was threat to his throne)

💮After knowing the truth,the motive the story of her revenge began. She moved to dandak forest (her mother was really happy that she move out from her familys life.)
In dandak forest she killed herself, transformed from meenakshi to surpnakha to take revenge from ravan . But she never thought she will lost everyone she loved her son, her brother, her nephews....

💮She is the most misunderstood character in ramayna, mostly know for get her nose cutoff by lakshaman.

💮But who she really was ❓Was she really evill and cruel ❓❓ What situtaion made her belive yes she was evil❓Why was she angry with world?❓
💮Was she really loved by her elder brother or was his obssetion with sita❓ Was she really a cause of war or was ravan❓

💮Reading such minor character from ramayana from a very different angle. Another heart winning story by author, giving limelights to lesser known characters. If you are a mythology lover than give it a try.
Read more
Helpful
Report abuse

Namita Tiwari
4.0 out of 5 stars Engaged storytelling with fresh mythological content
Reviewed in India on 20 February 2017
Verified Purchase
Lanka's princess gave a very give account of Meenakshi ( the suparnakha )
We may not know many of these stories as most of us are exposed to the story of Ramayana which has a minor role of this character .
Hence for those who love mythology , it would be worth reading this book , its enjoyable every bit and so many facets of different characters of Ravana's family are woven with elaboration.
The book does get a bit heavy in between along the way but has strength to hold your interest and yes most of you are likely to read till the end ,its engaging enough :)
Read more
2 people found this helpful
Helpful
Report abuse

Neha
5.0 out of 5 stars Loved it!
Reviewed in India on 3 February 2017
Verified Purchase
Black, white or grey...The depiction of characters in Lanka's Princess is just so human that you really wonder about the biased way you had listened to The Ramayana while growing up. The tale of Surpanakha as the ugly sister of Ravan and her life was exceptional. The small bit of Lakshman and Surpanakha is heart wrenching and my heart goes out to her. Loved it !
Read more
3 people found this helpful
Helpful
Report abuse
See all reviews

Star Wand
5.0 out of 5 stars The Story of Shurpanakha
Reviewed in the United States on 19 June 2017
Verified Purchase
Kavita Kane is stellar at giving life to the female characters of Hindu mythology that have been cast aside in favor of the male characters that dominate. "Lanka's Princess" is a perfect example of this. Here, we get the backstory of one of the most notorious characters of the Ramayana, Shurpanakha the long nailed one. The novel shows that evil is not necessarily born, its made. We see Shurpanakha grow from a neglected misunderstood girl into a hellion bent on revenge. But knowing her backstory, you can't help but feel a little sympathy for a character who lost so much and made her what she was by the end of her tale. I am a huge fan of Kane's and would recommend for any fan to also check out "Sita's Sister" or "Menaka's Choice". I am eagerly awaiting her next book.
Read more
Report abuse

Prof. B. S. Khanna
5.0 out of 5 stars looks like the present day family
Reviewed in the United States on 13 February 2017
Verified Purchase
The book, Lanka's Princes is a superbly written piece. What a perspective Ms Kane has adopted....looks like the present day family, a wee bit selfish, but not too much out of the way. Can a sister be so mush after her brother that she planned the abduction of Sita, is a bit difficult to grasp. But over all it is a commendable piece. Dr Bhagwan Khanna
Read more
Report abuse

SANKARARAMAN R
4.0 out of 5 stars Four Stars
Reviewed in the United States on 10 February 2017
Verified Purchase
Excellent narration.
Read more
Report abuse
See all reviews
Back to top
Get to Know Us
Connect with Us
Make Money with Us
Let Us Help You
EnglishChoose a language for shopping.
© 1996-2021, Amazon.com, Inc. or its affiliates