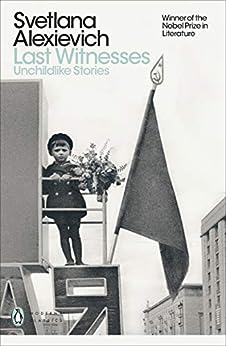 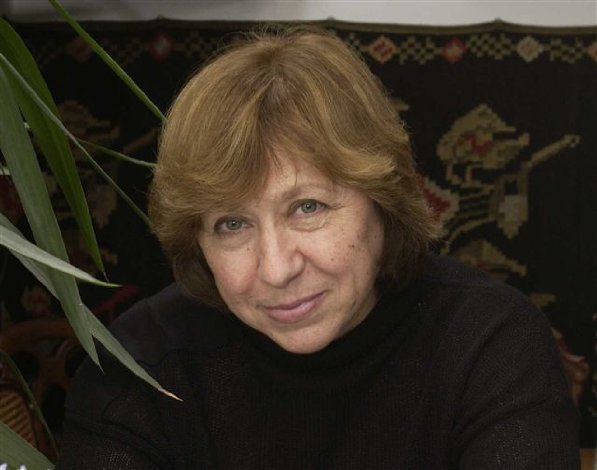 A masterpiece of clear-eyed humility. . . Alexievich is the most inspired and inspiring of all Nobel prize winners, a genuine bearer of witness -- Tim Adams ― Observer

Astonishing. . . Like the great Russian novels, these testimonials ring with emotional truth. . . Few people have ever conjured better the pain of loss -- Caroline Moorehead ― Guardian

An antidote to nostalgic World War II narratives. . . Breathtaking, occasionally unbearably sad. Svetlana Alexievich is in a class of her own -- Paula Hawkins

Svetlana Alexievich is quite simply the greatest practitioner of oral history ever known. She is unique -- Antony Beevor

A major work by one of our greatest living historians. . . a profound, revelatory book. Through an artfully crafted and sincerely empathetic technique of enticing, soothing, and teasing out - gentle, unobtrusive, knowing when to encourage and when to let a pause run its course - Alexievich uncovers some of the most evocative war stories ever published -- Jane Graham ― Big Issue

These stories demand to be read -- Gerard DeGroot ― The Times

If God existed, or had an ear, she might listen the way Svetlana Alexievich does to the stories of her fellow ex-Soviets. . . These stories have a hallucinatory clarity, like visions or nightmares-except they are made simply from the stuff of life -- John Freeman ― Lit Hub

Last Witnesses sheds light on aspects of the war involving millions of ordinary Soviet citizens that will be unknown to most Western readers. . . Alexievich's method is to trim and rearrange oral testimony into concise and vivid prose -- Kathleen Smith ― Literary Review

A masterly and potent reminder that the memory of loss belongs to individuals and communities, and not to the states that turn its psychic energy to other ends -- Kevin Platt ― TLS --This text refers to the paperback edition.

Svetlana Alexievich was born in Ivano-Frankivsk in 1948 and has spent most of her life in the Soviet Union and present-day Belarus, with prolonged periods of exile in Western Europe. Starting out as a journalist, she developed her own, distinctive non-fiction genre which brings together a chorus of voices to describe a specific historical moment. Her works include The Unwomanly Face of War (1985), Last Witnesses (1985), Boys in Zinc (1991), Chernobyl Prayer (1997) and Second-Hand Time (2013). She has won many international awards, including the 2015 Nobel Prize in Literature for 'her polyphonic writings, a monument to suffering and courage in our time'.

Richard Pevear, along with his wife Larissa Volokhonsky, has translated works by Tolstoy, Dostoevsky, Chekhov, Gogol, Bulgakov and Pasternak. They both were twice awarded the PEN/Book-of-the-Month Club Translation Prize (for Dostoevsky's The Brothers Karamazov and Tolstoy's Anna Karenina). They are married and live in France.

Larissa Volokhonsky, along with her husband Richard Pevear, has translated works by Tolstoy, Dostoevsky, Chekhov, Gogol, Bulgakov and Pasternak. They both were twice awarded the PEN/Book-of-the-Month Club Translation Prize (for Dostoevsky's The Brothers Karamazov and Tolstoy's Anna Karenina). They are married and live in France. --This text refers to the paperback edition.

4.7 out of 5 stars
4.7 out of 5
87 global ratings
How are ratings calculated?
To calculate the overall star rating and percentage breakdown by star, we don’t use a simple average. Instead, our system considers things like how recent a review is and if the reviewer bought the item on Amazon. It also analyses reviews to verify trustworthiness.
Top reviews

JaguarJon53
5.0 out of 5 stars Suffer little children
Reviewed in the United Kingdom on 16 September 2019
Verified Purchase
This is a collection of Soviet children's memories of The Great Patriotic War (WWII). In places, it's almost unbearable to read, especially if you read it in large chunks, as I did.
The horror of the Wehrmacht and SS treatment of civilians of any age is given an extra bitterness and revulsion for being witnessed by youngsters whose subsequent lives were permanently twisted by their experiences.
This vivid testimony could be about any war in any era but most especially today in Syria and other places.
Read more
8 people found this helpful
Report abuse

Kindle Customer
5.0 out of 5 stars Gruelling
Reviewed in the United Kingdom on 2 August 2019
Verified Purchase
The extraordinary appalling behaviour of the Germans in Russia is recounted over and over again by these child witnesses. The bleeding of orphaned children for the German army is just one example of this bestiality. After each witness you feel depressed, angry and useless. This book will always be part of me.
Brilliant. Read it

David in Surrey
5.0 out of 5 stars An enlightening book - in more ways than one.
Reviewed in the United Kingdom on 11 August 2019
Verified Purchase
I bought this book as an aid to understanding the Russian text, which is available free of charge on the Internet as a PDF file. The translation is straightforward and reliable. The Russian text contains many common Russian verbs, as it is not too 'literary'. The book, is, of course, a heart-breaking set of memories of the Second World War in Russia.
Read more
5 people found this helpful
Report abuse

Almost all of the children experienced things that would be too horrific to even include in the most gory horror film. To know that the events they describe actually happened is truly sickening.

We hear from children who witnessed hangings, who were nearly hanged themselves, who saw people dig their own graves, who see German soldiers throw babies on a fire, who were forced to eat pet cats and dogs for lack of anything else to eat…

There are moments of light amongst the darkness, such as the kindness of strangers who readily adopt orphaned children (page 156), but they are few and far between.
A truly harrowing account of the Second World War as seen through children’s eyes and an important record of the brutality of the German soldiers in the East towards people they regarded as ‘inferior’.
Read more
2 people found this helpful
Report abuse

Tecumseh
5.0 out of 5 stars Absolutely amazing. Stunning.
Reviewed in the United Kingdom on 12 December 2020
Verified Purchase
Some of the pages in this book will stay with you forever. It's just stunning to read what children in White Russia went through during the War. Also very good in giving you an insight of life at home during those years. Should be read by every person. An absolute must. Totally worth the money.
Read more
One person found this helpful
Report abuse
See all reviews
Back to top
Get to Know Us
Connect with Us
Make Money with Us
Let Us Help You
EnglishChoose a language for shopping.
© 1996-2021, Amazon.com, Inc. or its affiliates