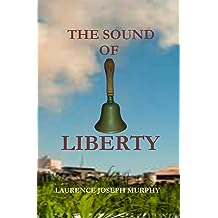 Felix Reitano arrived in Sydney, Australia from Naples, Italy in 1896 as a young teenager. He quickly learned to speak English after a chance meeting with an equally young aristocrat from England. Felix travelled to Queensland, first to the sugar cane town of Mossman and then to Halifax, a small cane farming settlement about 100km north of Townsville. In Halifax he met and fell in love with a Scottish lass, Sarah Livingstone.

Sarah's journey to Australia at the age of nineteen, having grown up in a small poverty-stricken village in Scotland with limited knowledge to prepare her for what lay ahead, was also truly remarkable and was only matched in true pioneering spirit by the man she married.

The couple worked hard on their cane farm to make a good life together and they prospered over the years, rearing half a dozen children and going into various other businesses. Felix became an interpreter for the Italian community in Ingham and Halifax and he and Sarah appeared set for a long and comfortable retirement, but the Second World War broke out and Mussolini's Fascism reared its ugly head.

Felix and Sarah's story would have been similar to that of many pioneering families and therefore tremendously admirable, but not independently productive in the retelling. What set them apart, however, was their unusual (at that time) inter-racial marriage and the unique complications they were confronted with due to the events of the Second World War. 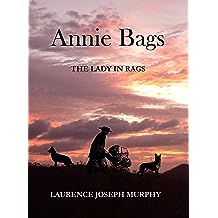 Annie Ferdinand is believed to have been born into a noble family in Prussia in 1851. Her mother died when she was very young, a loss that affected both her and her father significantly. She travelled to London, England with him to support him while he sought to regain control of his estates after the Franco-Prussian war. Annie was devoted to her father but yearned for the company of someone who would love her and care for her as her father had loved and cherished the memory of her mother. While in London she met and fell in love with a well-bred Englishman, James Pottingley, but her happiness was short-lived for events conspired to separate them and Annie found herself alone once more. She refused to believe that James had broken her heart intentionally and was a charlatan who had courted her for his own purposes, preferring to think that his disappearance from her life was not his doing. When she learned that he had been sent to the Colonies she set out to find him, knowing that her very existence depended upon looking into his eyes and seeing his love for her reflected in them. Her search took her throughout the goldfields, uncovering small clues to his whereabouts that raised her hopes briefly and then dashed them again just as quickly. She wavered between optimism and despair, fighting her own personal demons as she faced the physical and mental hardships that she encountered along the way. This is the story of her search, its awful conclusion and the cause of her becoming known throughout Northern Queensland as the legendary Annie Bags: The Lady who dressed in Rags.