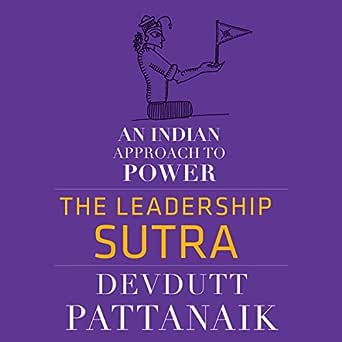 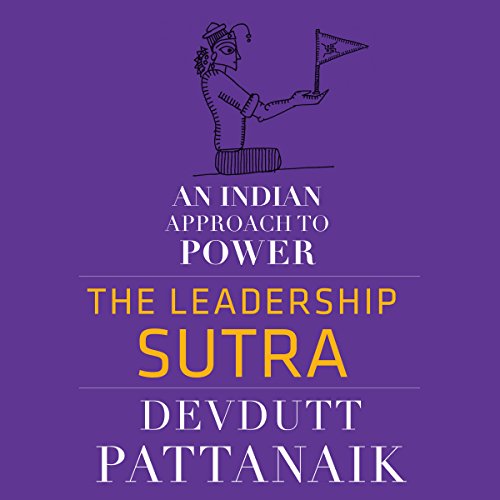 The Leadership Sutra: An Indian Approach to Power

4.5 out of 5 stars
4.5 out of 5
35 customer ratings
How does Amazon calculate star ratings?
Amazon calculates a product's star ratings based on a machine learned model instead of a raw data average. The model takes into account factors including the age of a rating, whether the ratings are from verified purchasers and factors that establish reviewer trustworthiness.

Rahul Salunke
1.0 out of 5 stars Complete waste of money
Reviewed in India on 11 June 2016
Verified Purchase
Complete waste of money...ever word in the book is already covered in Business sutra by the author...it's seems certain pages were taken of from business sutra and reprinted by the name Leadership sutra...greatly disappointed as it cost me some 350 odd bucks😩
Read more
10 people found this helpful
Helpful
Comment Report abuse

GauravSD
1.0 out of 5 stars Waste of time and money
Reviewed in India on 30 August 2018
Verified Purchase
The book seems very interesting looking at the description and covers, but the moment you read the first page you're left bewildered as to how this guy is selling this so much. I think it is due to the marketing and most people buy this just to fill up their bookshelves. Anyone with a basic understanding of the Hindu philosophies and cultural history would question the absolute drivel written in this book. To be clear, there is no management advice you can apply to your professions. Anything remotely making sense can be found in 2-cent self-help books. The author cooks up tremendously convoluted concepts which are not founded in Hindu literature. His lack of understanding of basic tenets of Hindu philosophy is discussed in detail by Nityanand Mishra - the video is on youtube.
I made a stupid decision to buy a couple of his books looking at the ratings. All of them turned out to be crap. Unfortunately I can't return them and am planning to burn them up. I would be doing a disservice if I let anyone else read them. You'll be better off buying the original 48 Rules of Power by Robert Greene. If you are interested in Hindu/Indian way of power projection read Chanakya or the Vedas published by Bharatiya Vidya Bhavan.

Naga Siddharth
5.0 out of 5 stars Buy it
Reviewed in India on 13 August 2016
Verified Purchase
Worthwhile reading to put a frame on the myriad happenings in the world. Lots of examples. Write your own to make personal meaning.
Read more
Helpful
Comment Report abuse

Devi Prasad
5.0 out of 5 stars Five Stars
Reviewed in the United States on 25 April 2017
Verified Purchase
Worth every minute spent on this book.
Read more
Helpful
Sending feedback...
Thank you for your feedback.
Sorry, we failed to record your vote. Please try again
Report abuse