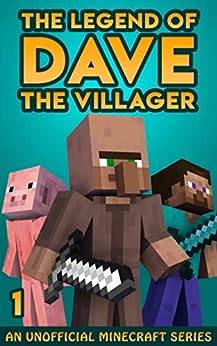 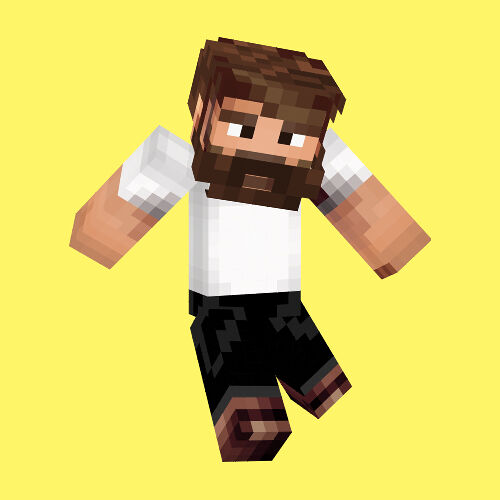 The Legend of Dave the Villager 1: An Unofficial Minecraft Book Kindle Edition

4.7 out of 5 stars
4.7 out of 5
180 global ratings
How are ratings calculated?
To calculate the overall star rating and percentage breakdown by star, we don’t use a simple average. Instead, our system considers things like how recent a review is and if the reviewer bought the item on Amazon. It also analyses reviews to verify trustworthiness.
Top reviews

Abhishek Singh
4.0 out of 5 stars Good but....
Reviewed in India on 9 June 2021
Verified Purchase
Its a good book carl and porkins are funny
but
The main charecter is pretty...dum.
And
the writing and grammar is not too good but a new book new writer so its okk ok
:)

Saurabh mittal
3.0 out of 5 stars Absolutely awesome but…
Reviewed in India on 9 April 2021
This is thee most legendary book I've ever read. But…. Can you add pictures?? I know it is hard but should've added... Also this book is about a villager named Dave who finds a the one and only pigman named Porkins in a deep cave and a creeper who doesn't like to blow someone up named Carl. They all become a team and go to the nether to get the blaze rods for making ender eyes. They all get picked up in the hands of the mindless zombie pigmen who got zombied by the potions of Herobrine (The Minecraft virus) annd get too the Ender Dragon!
Btw.. read the book to get 'funned' by this adventurous mind-blowing free book. Ready? Press "read now" in 1.. 2..and the last no. 3..! Get ready to be 'pleasented' by these adventures of Dave the Villager!
Read more
Helpful
Report abuse

First of all merry cristmas to you!This book is amazing it os an amazing start of dave the villager series how dave meets porkins and carl this is the first time a Minecraft author is written a story about villager who is seeking adveture and wants tp kill the enderdragon.sooooooooo cooool really.this
is where i stop my short review bye.

Mahesh
5.0 out of 5 stars besttttt boook!!!!!
Reviewed in India on 24 July 2020
heyyy dtv its me tanishq_jaju. you are the besttt author .plus this is not boring it has pretty good things in it -even herobrine!!!!!and when is dave going to defeat the enderdragon.you know most authors who write minecraft books dont makea proper series but you..... do it can you add some more legends in it plus ancient history-cause you know its pretty exicting... and btw whats spetrite city in book 28 is it a mod i will send you fan artt
Read more
Helpful
Report abuse

Suhas Rao M
5.0 out of 5 stars IM THE FIRST ONE! (BTW AWSOME BOOK)
Reviewed in India on 17 May 2019
I got this book as a recommendation and at first I thought it woud be boring but soon after I started loving it . Its nice that
you make a story anout a brave villager unlike other minecraft authors who make stories about Steve/Alex . I really like the plotline too.
-shadowdragon
Read more
Helpful
Report abuse

Senthil Nathan
5.0 out of 5 stars ultimate
Reviewed in India on 27 April 2021
I love the way dave is lpike inspired by steve and wants to become a hero. It is just incredible.I read the whole series waiting for 37. It is agreat read but a very unsual team porkins the last pigman (he thinks ) carl the creeper who can not grow up and dave the villager I think it is great and there are many people ( including me ) think your books are great pls keep writing I do not know whwlat I would do without them
Read more
Helpful
Report abuse

HS
5.0 out of 5 stars Best book ever !
Reviewed in India on 14 April 2020
I loved it ! Dave the villager is a good book for every kid . I espicially liked Dave's confidence . Love you Dave ! Keep writing !
Read more
Helpful
Report abuse

Darpan Mehta
5.0 out of 5 stars for book36
Reviewed in India on 12 April 2021
my ideas for book 36 are... make the prologue as herobrine returning and telling mad mulligan to join him and after Dave and friends arrive make Null come and make an epic battle between null vs dave vs herobrine and mad mulligan
Read more
Helpful
Report abuse
See all reviews

Larissa Donna
5.0 out of 5 stars you get the point from the time of book 11 i think it might be that and not 13
Reviewed in the United Kingdom on 7 September 2019
Verified Purchase
you said we can ask to add characters: i belive i have a few ideas.... how about a chicken experimented on, and made the bigger, and so i can talk his name charlie the person who did this is nexst. the evil scientist was with herobrine when he stormed the lab with steve in it scientist sorry that i can,t remember who name - anyway! - he was with him the ender pearls on the floor was his minons he had endermen too but his endermen failed he was able to capture steve and i,m gonna call her sonny captured steve and sonny and the endermen somehow anyway turned the enderman to his side and is making mutant monsters at his lab his name is zeiron. the next one is a dave from another universe and he's evil, he rules in his kingdom with carl and robo steve - they have taken over everything and are trying to conquer dave's universe - now you can come up with the story line for that. steve from the same universe of evil dave. This steve is like the steve from the past except forgetting things when he dies, he learns.
and last but not least the blaze who is good when herobrine enslaved the nether the pigeon wasn't the only thing turned evil the blazes were too this time herobrine made the blazes go into the lava that turns thing into zombies and instead of turning into zombies they turned into beings of pure evil and anger the good blaze saw how the pigmen were turned and went back to warn the others, but then he saw they turned into pure evil and anger and he ran and saw porkens runing and have was following him, but then he was in the overworld so he kept running blazer blaze if you want anyway you didn't add me yet to the awesome list so use this name for it: the cookie creature. And that's it. The character thing may be super long, but some of it may be good in the long run. By Kookie, age 9, Ireland.
Read more
Report abuse

Amazon Customer
5.0 out of 5 stars AMAZING
Reviewed in the United Kingdom on 17 March 2021
Verified Purchase
This book is amazing and it put a smile on my face when reading it. I recommend this book to all the minecraft players out there and some other people like age 5-10. There are some lovely character ideas. Keep up the good work!

Mr T V Webb
5.0 out of 5 stars LOOK AT THIS REVIEW NOW
Reviewed in the United Kingdom on 15 August 2020
Verified Purchase
can you add me to your list your books are good maybe you could write a book with steve the noob can you put me in the list as da lover af da cats :) :) :) :) :) :)
Read more
Report abuse

Alicia
5.0 out of 5 stars I loved every bit of it
Reviewed in the United Kingdom on 7 January 2021
Verified Purchase
It was so good I loved it I would definitely recommend this to all my friends!!!!😃😃😃😃😄😄😄😍😍😍😎😎😎😁😁😁 cool stuff
dude bro
Read more
Report abuse

Ali
5.0 out of 5 stars Fun story for younger readers and gaming fans
Reviewed in the United Kingdom on 7 September 2019
Verified Purchase
A fun book for younger Minecraft players. A good way to encourage reading with a popular subject.
Read more
Report abuse
See all reviews
Back to top
Get to Know Us
Connect with Us
Make Money with Us
Let Us Help You
EnglishChoose a language for shopping.
© 1996-2021, Amazon.com, Inc. or its affiliates