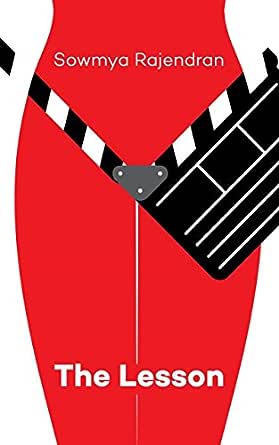 Subtotal ₹
Cart
View your cart
To add this eBook, remove any 1 eBook from your cart or buy the 25 eBooks present in the eBook cart
Review items in your cart
There was a problem adding this eBook to the cart
Kindle Edition
₹ 247.00 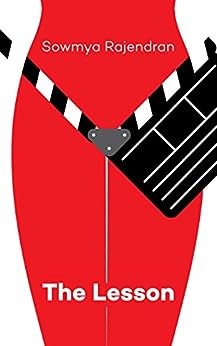 Sowmya Rajendran has published several books for children across age groups. She has an MA in Gender Studies from the University of Sussex and frequently writes on gender-related issues on her blog and other platforms. She's a columnist with the school edition of the New Indian Express and also writes for Sify Movies. Sowmya lives in Pune with her family. This is her first book for adults. --This text refers to the hardcover edition.

4.7 out of 5 stars
4.7 out of 5
5 global ratings
How are ratings calculated?
To calculate the overall star rating and percentage breakdown by star, we don’t use a simple average. Instead, our system considers things like how recent a review is and if the reviewer bought the item on Amazon. It also analyses reviews to verify trustworthiness.

Deepa Shankar
5.0 out of 5 stars Gender Bender
Reviewed in India on 29 April 2015
Verified Purchase
Dupatta regulators, moral police, wife beating husbands. Story of the Indian woman's everyday life. Sowmya has proved her mettle as a brilliant satirist. There is a state appointed rapist, a formal adjustment bureau that tames the shrew and a department that makes sure women are married at the 'right age'.
I do wish that this book is prescribed to be read by Indian college students who submit to duppatta regulations and honour killings.
Read more
One person found this helpful
Helpful
Report abuse

antara
5.0 out of 5 stars An absolute must-read! This book is a contemporary analysis ...
Reviewed in India on 3 April 2015
An absolute must-read! This book is a contemporary analysis of gender relations in India. Although set in a dystopian society, it is scarily evocative of both the present social situation of women in India today and the future we are heading to. Any college going girl in India would know that a dupatta regulator is not simply the wet dream of rightwing extremists, ‘traditional’, 'modest' outfits are compulsory in many educational institutions already. Through the use of satire, the author critiques institutions such as marriage and family, which have largely remained unquestioned and unchallenged in our society. Seamlessly blending serious analysis with humour and empathy, this book should be read by anyone concerned with the prevailing gender norms in India today.
Read more
One person found this helpful
Helpful
Report abuse

Jayalakshmi PARASURAMAN
4.0 out of 5 stars Scintillating, fun and thought-provoking
Reviewed in India on 4 April 2015
A gripping satirist view of a dystopian society that's eerily close to modern day reality. I loved almost everything about the book - the generic characters with no individuality, the positions characters held as defined in society, the unquestioned blinded practices of the society - everything from the taboos to the beliefs, all handed down from generation to generation. This book is short, crisp and wonderfully written - a must read for the young adults of this generation.
Read more
One person found this helpful
Helpful
Report abuse

chk86
5.0 out of 5 stars One of a kind
Reviewed in India on 26 April 2015
The opening lines of the book caught my attention ("The rapist sighed and leaned back on his chair. There were far too many applications today.Everyone was asking for it, even babies...... The rapist believed in meritocracy, people getting exactly what they deserved.) And from then on there was no dearth of satire or sarcasm as Sowmya puts a mirror to the hypocrisy that is gripping our society. The dystopian setting is unnervingly familiar which makes you wonder at times if the genre is realism. The book is all the more piercing because the characters don't have names, they are referred to only with their principal identity. The Rapist,The Moral Police, the Dupatta Regulator, The Second Daughter are all characters that have been constructed to the requisite depth despite being nameless. The simple, nonchalant style of narration is rather evocative as she subtly glides across existing truisms like "The girl was tall, fair and had absolutely no interests on her own" and "She was so efficient that the president did not think of her as a female anymore". The President's special maternity discounts for becoming pregnant within six months of marriage , the rapist's mother's anxiety in the make-up room were a few of the places at which I had to take my eye off the book because I had to pause to laugh. Many people seem unsatisfied about the ending, but it couldn't have been sketched in any other way. A very creative setting, an engaging plot- I only wish the book was longer.
Read more
2 people found this helpful
Helpful
Report abuse
See all reviews
click to open popover
Unlimited FREE fast delivery, video streaming & more
Prime members enjoy unlimited free, fast delivery on eligible items, video streaming, ad-free music, exclusive access to deals & more.
> Get started
Back to top
Get to Know Us
Connect with Us
Make Money with Us
Let Us Help You
EnglishChoose a language for shopping.
© 1996-2021, Amazon.com, Inc. or its affiliates