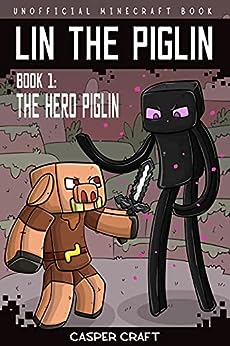 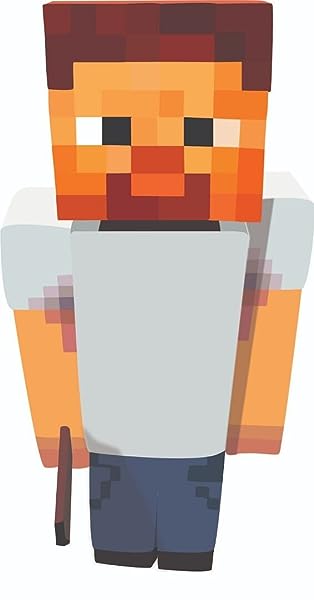 A young piglin spends her days looking at the ground, avoiding eye contact with the endermen which has become hostile to piglins too. Until, that is, a hero named Steve shows up and tells her that she has the potential to be just as brave as he is.

Before she knows it, piglin Lin must put her new-found bravery to use. With Steve trapped too far away to help, she sets off to defend her world from the hordes that attack it. It’s time for Lin to stop being afraid to make mistakes and time for Lin to start using her sword!

Can Lin rescue Steve from his trap? Will the pillagers and zombies destroy the innocent villagers once and for all? Can a skeleton really change its ways and become a true friend?

This unofficial Minecraft book is not authorized, endorsed or sponsored by Microsoft Corp., Mojang AB, Notch Development AB or any other person or entity owning or controlling the rights of the Minecraft name, trademark or copyrights. All characters, names, places and other aspects of the game described herein are trademarked and owned by their respective owners. Minecraft®/ /TM & ©2009-2016 Mojang/Notch.
Read more
Previous page
Next page

5.0 out of 5 stars
5 out of 5
4 global ratings
How are ratings calculated?
To calculate the overall star rating and percentage breakdown by star, we don’t use a simple average. Instead, our system considers things like how recent a review is and if the reviewer bought the item on Amazon. It also analyses reviews to verify trustworthiness.
Top reviews

Amazon Customer
5.0 out of 5 stars message
Reviewed in India on 17 August 2021
@markmulle please continue your piglin series please i have been waiting egerly for the new book and i will try reading this book aswell pease the next book soon please
Read more
Helpful
Report abuse
See all reviews

Amazon Customer
5.0 out of 5 stars Great and interesting
Reviewed in the United Kingdom on 23 August 2021
Verified Purchase
Usually, Minecraft books have Steve as the main character but in this book it is a piglin. I hope the 2nd one comes out soon.this book is all about friendship, betrayal and heroes.
If Casper craft’s next book had a review list, I would be honoured to be on there.
By Etman_
Read more
Report abuse
See all reviews