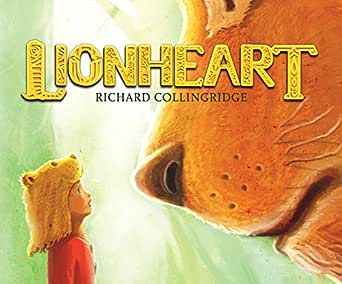 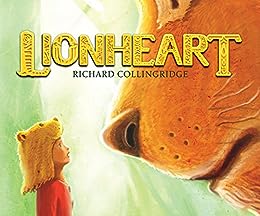 Praise for Lionheart:"Collingridge's magnificent paintings employ realism, abstraction, and shifting scale. Grand landscapes harmonize with small, supplementary black-and-white drawings. With posture, texture, and sumptuous, glowing colors, Collingridge maintains a delicate balance between high drama and comfort, risk, and safety." --Kirkus Reviews"A gentle and beautifully crafted tale about fear and imagination." --Booklist"This fantasy about facing one's fears is well-suited for a bedtime tale or one-on-one sharing." --School Library JournalPraise for When It Snows:"In his first picture book . . . Richard Collingridge dives headlong into a fantasy of the season, showing it to be a vast and mountainous expanse of white, both eerie and enchanting." -- The New York Times"Newcomer Collingridge's paintings are sumptuous and absorbing, creating a genuine sense of magic. And, as the final scene makes clear, it's a kind of magic that any reader can access: 'And I can go there every day... because my favorite book takes me there.'" -- Publishers Weekly --This text refers to the hardcover edition.

Richard hears something
in his room before bedtime.
Is it a monster?
He doesn’t wait to find out!

He's small.
He's scared.
And he’s running.
Join Richard on an
extraordinary adventure
that will make you
ROAR!

Lionheart is a cinematic romp,
a feature film in a picture book.

PRAISE FOR
RICHARD COLLINGRIDGE’S
WHEN IT SNOWS:
“Collingridge’s paintings are sumptuous and
absorbing, creating a genuine sense of magic.”
— Publishers Weekly
“Dives headlong into a fantasy of the season,
showing it to be a vast and mountainous
expanse of white, both eerie and enchanting.”
— New York Times
“Clearly a major talent.”
— Daily Mail (UK)
“This is a romantic walkabout of a book,
a dream that takes the reader with it.”
— Observer (UK)

www.scholastic.com
557 Broadway, New York, NY 10012
Printed in China
Jacket art © 2016 by Richard Collingridge
ISBN 978-0-545-83321-9
Richard Collingridge was born in London. He studied illustration and has been living between England and France since 2008.
Feiwel & Friends published his
debut picture book, When It Snows, in 2013. He currently lives in Paris. You can visit him online at www.collingridge.co.uk.

Richard Collingridge was born in London. He studied illustration and has been living between England and France since 2008. His debut picture book, When It Snows, published in 2013, followed by Lionheart. He currently lives in Paris. You can visit him online at www.collingridge.co.uk --This text refers to the hardcover edition.

17.99 US$21.99 CANRichard hears somethingin his room before bedtime.Is it a monster?He doesn’t wait to find out!He's small.He's scared.And he’s running.Join Richard on anextraordinary adventurethat will make youROAR!Lionheart is a cinematic romp,a feature film in a picture book.PRAISE FORRICHARD COLLINGRIDGE’SWHEN IT SNOWS:“Collingridge’s paintings are sumptuous andabsorbing, creating a genuine sense of magic.”― Publishers Weekly“Dives headlong into a fantasy of the season,showing it to be a vast and mountainousexpanse of white, both eerie and enchanting.”― New York Times“Clearly a major talent.”― Daily Mail (UK)“This is a romantic walkabout of a book,a dream that takes the reader with it.”― Observer (UK)www.scholastic.com557 Broadway, New York, NY 10012Printed in ChinaJacket art © 2016 by Richard CollingridgeISBN 978-0-545-83321-9Richard Collingridge was born in London. He studied illustration and has been living between England and France since 2008.Feiwel & Friends published hisdebut picture book, When It Snows, in 2013. He currently lives in Paris. You can visit him online at www.collingridge.co.uk. --This text refers to the hardcover edition.
Read more

5.0 out of 5 stars
5 out of 5
14 global ratings
How are ratings calculated?
To calculate the overall star rating and percentage breakdown by star, we don’t use a simple average. Instead, our system considers things like how recent a review is and if the reviewer bought the item on Amazon. It also analyses reviews to verify trustworthiness.

Gen
5.0 out of 5 stars A Classic for Every Child's Collection
Reviewed in Canada on 26 January 2019
Verified Purchase
This is an amazing simple yet imaginative story for any child who is struggling with a bedtime fear. My three year old insisted we read it every night... for over 60 days straight. I think young and old can appreciate this tale! The hardcover makes it worth while, and this is a keeper for every child's collection.
Read more
Report abuse

Amazon Customer
5.0 out of 5 stars Stunning pictures
Reviewed in Canada on 14 July 2019
Verified Purchase
I never write review before, too busy. But this time I feel I owe the writer if I don't because of this book my toddler son fall in love with reading and it has improved his speech learning a lot.
To the author, pls add more pictures in this listing so parents like us could see how beautiful your works are. A picture is worth a thousand words.

Nebula2121
5.0 out of 5 stars Read Everynight. Ages 4 & 2
Reviewed in the United States on 10 June 2016
Verified Purchase
I checked this book originally from the library. My boys (4 & 2) loved it so much that I made the purchase. The illustrations in the book are wonderful and captured my boy's attention. The story is about a boy, who gets over his fear (monsters) by using his imagination. His beloved stuffed lion shows him how to be brave. There is one page in which all the animals "Roar!" to get rid of the monster. My boys & I let out our largest roars too. But, now I see them roaring around the house a lot more.... I think it is fun. However, each parent is different.
Read more
Report abuse
See all reviews
click to open popover
Unlimited FREE fast delivery, video streaming & more
Prime members enjoy unlimited free, fast delivery on eligible items, video streaming, ad-free music, exclusive access to deals & more.
> Get started
Back to top
Get to Know Us
Connect with Us
Make Money with Us
Let Us Help You
EnglishChoose a language for shopping.
© 1996-2020, Amazon.com, Inc. or its affiliates