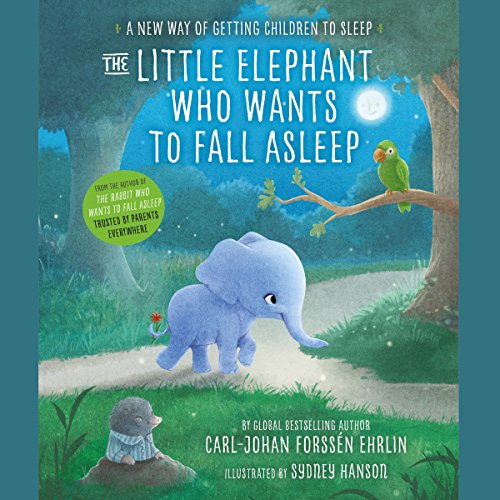 The Little Elephant Who Wants to Fall Asleep: A New Way of Getting Children to Sleep

The bedtime audiobook parents are raving about!

The author of the global best seller The Rabbit Who Wants to Fall Asleep is back with another story using all-new child-tested, parent-approved techniques to make bedtime a sweet and tender end to each day.

Your child joins Ellen the Elephant on a journey through a magical forest that leads to sleep. Along the way they meet different fantastical characters and have calming experiences that will help your child to relax and slip into slumber quickly. The story works perfectly for either naptime or bedtime.

Read more
©2016 Carl-Johan Forssén Ehrlin (P)2016 Penguin Books Ltd.
Learn more about membership
By completing your purchase you agree to Audible’s Conditions Of Use Amazon's Privacy Notice.
Sold and delivered by Audible, an Amazon company
Share
Back to top
Get to Know Us
Connect with Us
Make Money with Us
Let Us Help You
EnglishChoose a language for shopping.
© 1996-2021, Amazon.com, Inc. or its affiliates