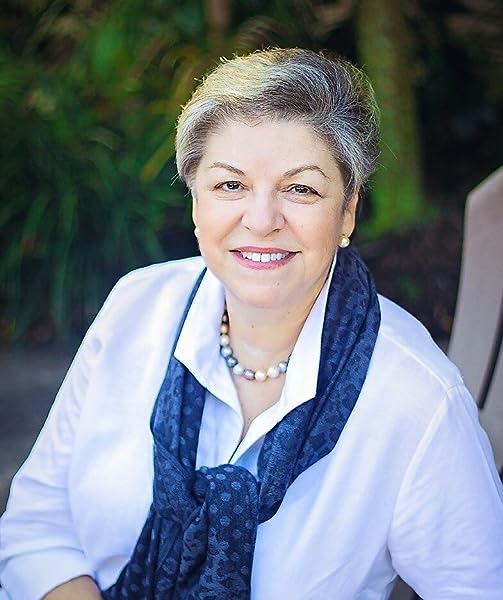 SILVIA LÓPEZ was born in Cuba and moved to Miami, Florida when she was 10 years old. For nearly four decades, she served hundreds of children as librarian in schools and public libraries in Miami-Dade County. Silvia became a published author in 2018 with the release of her picture book Just Right Family: An Adoption Story. Visit her at silvialopezbooks.com

ELISA CHAVARRI is a freelance illustrator originally from Lima, Peru. She did much of her growing up in Northern Michigan, where her family kept their Peruvian culture and Latin roots alive. After studying at the Savannah College of Art and Design, Elisa made her way back to Alpena, Michigan, where she now resides with her husband and two kids. With her work she hopes to inspire a sense of magic, happiness, & wonder in children, while helping more kids feel represented as the protagonists of these stories.
Start reading My Little Golden Book About Frida Kahlo on your Kindle in under a minute.

A Cuba native, Silvia Lopez arrived in Miami in 1960 with one suitcase and no English. She became a National Board Certified media specialist with degrees in English and Educational Technology and a Masters in Library Science. For nearly four decades, Silvia served hundreds of children as librarian in schools and public libraries in Miami-Dade County. Silvia became a published author in March 2018 with the release of her first hard-cover picture book Just Right Family: An Adoption Story by Albert Whitman Co., which went on to receive the 2019 Florida Book Award.

Her next book, Handimals: Animals in Art and Nature from Macmillan/Christy Ottaviano Books, is a collaboration with Italian artist Guido Daniele. It received much acclaim, including a starred review in Booklist.

Her next two books, Selena: Queen of Tejano Music, in English and Spanish, and Pacho Nacho are due out in February 2020.

Silvia’s work also includes an award-winning children's bilingual biography as well as six bilingual eBooks. One of these, Zunzuncito: Un Cuento del P&aacute;jaro Abeja Cubano received the International Latino Book Award as Best Children’s Picture eBook of 2017. All her eBooks are free and accessible on her website.

4.8 out of 5 stars
4.8 out of 5
345 global ratings
How are ratings calculated?
To calculate the overall star rating and percentage breakdown by star, we don’t use a simple average. Instead, our system considers things like how recent a review is and if the reviewer bought the item on Amazon. It also analyses reviews to verify trustworthiness.
Top reviews

LD Penn
5.0 out of 5 stars Inspired and captivated my daughter
Reviewed in the United Kingdom on 13 September 2021
Verified Purchase
Beautiful illustrations and more descriptive than the little people big world books which we (my 7 year old daughter and I) love but this was a welcome change. While she might not be able to read it herself on her own for a bit (some kids could by this age), it was a joy to read and instantly made her want to look up actual pictures of Friday, her home, her bed, learn about polio and see the pics of her pets especially the monkey. I feel like these little golden books biographies are more descriptive about their subjects than the little people big dreams and the pictures are often a lot more vivid, detailed, colourful and engaging. One caveat- both positively and negatively- they follow similar structure each time- which already includes the marriage and having kids of the women they speak about. I don’t really mind this and think it paints a bigger picture but it feels sometimes like a life being shoehorned into a fairy tale. This one is not as much as I assume they didn’t want to go too far into Diego and Frida’s complicated relationships as for many less liberal parents that might be problematic but it’s something I think could bring a diverse understanding of relationships and love because Frida was revolutionary in every part of her life and she broke boundaries in every part of her life. Overall outstanding book and that’s just me doing some personal nitpicking.
Read more
Report abuse

Amazon Customer
5.0 out of 5 stars Great intro to Frida
Reviewed in Canada on 24 May 2021
Verified Purchase
Fantastic introduction to this incredible artist. My daughter is now obsessed with Frida and her story. This book is colourful and has a nice message.
Read more
Report abuse

KidsComeFirst
5.0 out of 5 stars Impressive story and graphics
Reviewed in Australia on 22 August 2021
Verified Purchase
Beautiful story and images of the wonderful artist and her life of adversity. Excellent value LITTKE GOLDEN BOOK compared to others.
Read more
Report abuse

judi gillam
5.0 out of 5 stars For all Frida Fans
Reviewed in Australia on 15 July 2021
Verified Purchase
Love this LGB . This is for my collection - blow the kids hahaha
Read more
Report abuse

Harrysmom
5.0 out of 5 stars An Excellent Gift for Grownups!
Reviewed in the United States on 13 January 2021
Verified Purchase
I sent this to an artist friend who is a huge fan of Kahlo. She posted a pic on her Facebook page and called it "a little gem".
Read more
3 people found this helpful
Report abuse
See all reviews
Back to top
Get to Know Us
Connect with Us
Make Money with Us
Let Us Help You
EnglishChoose a language for shopping.
© 1996-2021, Amazon.com, Inc. or its affiliates