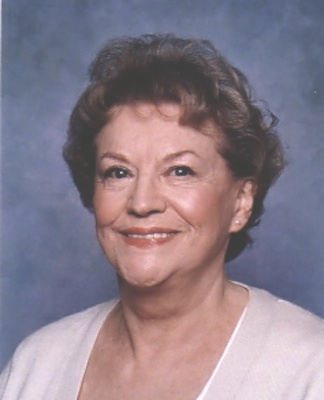 by Sharon Kane (Author, Illustrator)
4.8 out of 5 stars 1,819 ratings
See all formats and editions
Sorry, there was a problem loading this page. Try again.
10 Days Replacement Only

Read Full Return Policy
This delightful story about an adorable little girl caring for her dolls makes for a perfect read-a-loud this Mother's Day!

We spend the day in her charming company as she cares for her dolls, treats their ills, gives them a tea party, feeds them dinner, and puts them to bed. Beautifully illustrated, this is a classic Little Golden Book.
Read more
Previous page
Next page

Sharon Kane grew up in Indiana. Her first published drawing was at age nine, when she sent a pen-and-ink drawing to Highlights. A cartoon she started in her high school paper, Buttons An’ Beaux, became nationally syndicated and financed her college education at the University of Wisconsin. After graduation she began a career illustrating children’s books for Little Golden Books, Rand McNally, and the Methodist Publishing House. Her best-known book for Little Golden Books is Little Mommy.
Tell the Publisher!
I'd like to read this book on Kindle

My mother told me that I began drawing as soon as I could hold a pencil, at two or three years old. She, being an artist herself, and a writer, always encouraged my creative inclinations.

Our family was far from affluent but my life was rich with my mother's exuberant personality and love of books. She regularly read to my brother and me and stimulated our imaginations and fondness for books.

I began creating, with pencil drawing and watercolor, my own little books of pictures with my stories and poems when I was seven, eight and nine years old. A love of children, animals and nature led me naturally to children's book illustration, and I drew on my own (mostly) happy childhood for inspiration. I had very little formal art training but learned first from my mother and then from art and illustration that I saw in books, and then from my own careful observation of the world around me.

At nine, a picture of mine, a silhouette of a deer under a willow tree, was published in a children's magazine. That was a thrill that started me on a path to seeking wider and wider publication. I continued to submit my artwork, stories and poems to any magazine or newspaper that featured a children's page, and happily saw them published.

When I reached my teens, the high school world attracted my attention and I created a cartoon to reflect my new interest. Starting first with publication in the local newspaper, "Buttons an' Beaux" reached the attention of New York newspaper syndicates and I was offered a contract for syndication. That carried me through my college years. During these same years my mother's career as a writer and illustrator of children's books was burgeoning as well.

Following college I married and found myself more and more intrigued with children's book illustration. I began submitting samples of my artwork to various publishers with encouraging responses from editors but with no actual assignments. Finally, inspired to write and illustrate my own book, I did so and sent it to my mother for her feedback. Without telling me, she sent it to a publisher she knew, and in due time it was published, my first picture book, "Where Are You Going Today?"

With that publication I was now a proven illustrator, and from that point on my work was readily accepted by other publishers and I was offered illustration jobs for numerous children's books, Little Golden Books and Rand McNally Elf Books. During those same years I gave birth to my own children and was even further inspired by them.

I continued my illustrating for twenty years and saw the publication of some two dozen children’s books. Then, experiencing a mid-life crisis of sorts, I dropped all interest in my art and turned my attention to spiritual exploration and growth. This consumed me for several decades and still is a vital part of my life. (See my Kindle book "The God Search" for details of my journey.)

However, a number of people shamed me for neglecting my art talent and I decided I should get back to it. My first painting was of the 15 X 20” watercolor, “The Children’s Tree”, which won a prize in a local art show. I continued with a series of six paintings which were displayed in local libraries.

One day a friend told me that my books were being sold on eBay. That prompted me to buy my first computer and learn to use it. I soon was selling my books on eBay myself.

Opening up to the world of the internet I began receiving email from ardent fans that I never knew existed, telling me of the impact my work had had on their life. This encouraged me even more to return to my art and writing.

“Little Mommy” had been especially popular and in 2008 Random House decided to re-issue it as a Little Golden Book Classic.

"Kitty & Me" is my most recent inspiration, based in part on my daughter's avid love of cats and my own as well, the beauty of feline form and the joy of cat companionship. Published by Christy Ottaviano of Henry Holt, “Kitty & Me” is available nationwide.

4.8 out of 5 stars
4.8 out of 5
1,819 global ratings
How are ratings calculated?
To calculate the overall star rating and percentage breakdown by star, we don’t use a simple average. Instead, our system considers things like how recent a review is and if the reviewer bought the item on Amazon. It also analyses reviews to verify trustworthiness.
Top reviews

Chandra
4.0 out of 5 stars Good book but too few pages
Reviewed in India on 19 February 2016
Verified Purchase
Good book. Pay attention to the number of pages they mentioned :) Very short story for the price. But its good.
Read more
Helpful
Report abuse
See all reviews

B. E. Saunders
5.0 out of 5 stars A Perfect classic
Reviewed in the United Kingdom on 26 January 2015
Verified Purchase
I now know this book off by heart! Such a beautifully illustrated classic! My daughter has loved it since she was 8 months old. Of course it isn't great for gender equality but I have a diverse library for her so it shouldn't make an impact!
Read more
One person found this helpful
Report abuse

Kat
5.0 out of 5 stars Five Stars
Reviewed in the United Kingdom on 16 August 2015
Verified Purchase
One of our favourite books. Lovely illustrations.
Read more
Report abuse

RJ
5.0 out of 5 stars Very cute book.
Reviewed in the United Kingdom on 30 August 2013
Verified Purchase
Bought it for a friends little girl, she had also had them when she was little and was pleased to see them again.
Read more
Report abuse