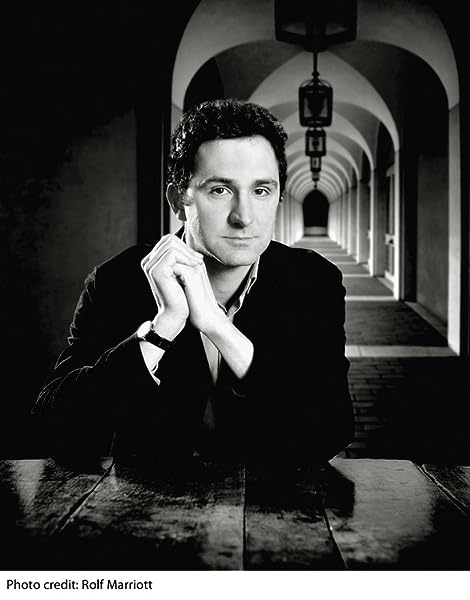 Stroud at the top of his game, Financial Times

A brilliant culmination to a splendidly scary series, Metro

Stroud’s prose is evocative . . . and his horrors, pattering in the footsteps of M. R. James, depend more on the reader’s imagination than the writer’s gruesome welter. His humour is also perfectly judged, never undermining the terror, but allowing the reader to bask in the camaraderie of London’s smallest, most slapdash and unlikely ghost-hunting agency, the eponymous Lockwood and Co. Throughout the series, he has achieved great feats of ­characterisation. -- Imogen Russell-Williams, TLS

A devilishly good combination of engaging cast, memorable locations, comforting food and delicious pace all sewn together with seriously good, unaffected writing, The Empty Grave is the full monty; entertainment, excitement and intelligence sprinkled with wit and verve and sparkling throughout with an endorphin-laced exploration of a liminal frontier – in this case the very boundary between the living and the dead. The Empty Grave is a fitting and extraordinary end to a remarkable series; I am very envious of those who are yet to discover Lockwood & Co. for themselves.

-- Zoe Toft, Playing By The Book

[T]he thrilling finale to the multi award-winning series, and the excitement and tension are held right to the very end. Sad to see a great series reach its conclusion, but better to go out on a high note, as this does., Parents in Touch

Jonathan Stroud was born in Bedford in 1970. After studying English Literature at York University, he moved to London, where he worked as an editor in a publishing firm. He is also the author of the best-selling BARTIMAEUS sequence, which is published in 35 languages and has sold 6 million copies worldwide, and also of four other novels: HEROES OF THE VALLEY, THE LAST SIEGE, THE LEAP and BURIED FIRE. He lives in Hertfordshire with his family. He has yet to see a ghost, but is keeping his eyes open.

Start reading Lockwood & Co: The Empty Grave (Lockwood & Co.) on your Kindle in under a minute.

4.9 out of 5 stars
4.9 out of 5
347 global ratings
How are ratings calculated?
To calculate the overall star rating and percentage breakdown by star, we don’t use a simple average. Instead, our system considers things like how recent a review is and if the reviewer bought the item on Amazon. It also analyses reviews to verify trustworthiness.

Aashish Rego
5.0 out of 5 stars Simply Breathtaking
Reviewed in India on 17 April 2018
Verified Purchase
Stroud takes you on a roller coaster ride like no other. Of all the authors of fantasy fiction he’s my favourite The extent of research and the command over story telling is unparalleled
Just when you think how much better can this get he surprises you Weaving a web with his iconic characters in a fictitious London I was just mesmerised
Read more
Helpful
Comment Report abuse

Amazon Customer
5.0 out of 5 stars Mind boggling!
Reviewed in India on 21 March 2020
Verified Purchase
This is one of the best books that I ever read....truly delightful....just wondering if the skull's spirit comes back...Stroud truly is a genius! Awaiting the next book!
Read more
Helpful
Comment Report abuse

Niks
5.0 out of 5 stars Fine end to series
Reviewed in India on 20 September 2017
Verified Purchase
It’s fast paced. Interesting and must read. And a small backdoor left for the next series...hopefully there will be more
Read more
Helpful
Comment Report abuse

Priyanka Gupta
5.0 out of 5 stars Must read..
Reviewed in India on 15 January 2018
Verified Purchase
Great ending to a great series! Must read for all Fantasy-genre fans..
Read more
Helpful
Comment Report abuse

venita coelho
5.0 out of 5 stars Five Stars
Reviewed in India on 28 March 2018
Verified Purchase
Yet another ripping yarn. What a writer Jonathan Stroud is.
Read more
Helpful
Comment Report abuse
See all reviews

Brida
5.0 out of 5 stars Curl up and prepared to be scared
Reviewed in the United Kingdom on 23 October 2017
Verified Purchase
Stroud is a fantastic author. I have loved this series since the beginning, and I am sad to see the end. Is it a satisfying end, as we finally understand the reasons behind The Problem? The answer to that question, is yes, it is a satisfying end. We finally understand the reasons behind The Problem, but there are some questions that we are left with as we close the pages for the last time. The last section of the book is actually entitled "The Beginning", so I wonder if it really is the last that we will hear of Lucy and/ or Lockwood, or whether it is just wishful thinking on my part!
This is the perfect time of year to read about Lucy's adventures with Lockwood and Co., so I would urge you, if you haven't already read the first book in the series, give it a go.
Read more
5 people found this helpful
Report abuse

Sir Furboy
5.0 out of 5 stars Stunning end to an amazing and hilarious series
Reviewed in the United Kingdom on 26 September 2017
Verified Purchase
Jonathan Stroud is one of my favourite orders, and for the very good reason that he is a genius! He has been writing for many years but when he wrote his Bartimeus series he unlocked a rare and hilarious talent for humour, deep and clever plot, great characters and all in a snappy, fast paced, action packed young adult adventure.

The Lockwood series was more of the same. A beautifully imagined alternative contemporary London haunted at night by ghosts that only children and young adults can see, but that will happily kill anyone who crosses their path.

Lockwood runs an independent psychic detective agency that struggles for survival against large corporate interests, various crooked characters and legions of ghosts. Through their adventures we got to know first Lucy, the books narrator, who has an extremely rare talent for hearing and even communicating with the ghosts. We also encountered George, the dogged and often egg stained researcher, and then came Holly, Flo Bones, the skull in the jar and a wonderful cast of other actors.

In this book the agency finally square up against the mighty Fittes agency. They start off by breaking into agency founder's Marissa Fittes' grave, on the hunch that the long dead founder of the agency may not be quite as dead as everyone thinks. That experience sends them hurtling down a path with many twists and turns and some extraordinary discoveries and even more extraordinary danger.

This is a stunning and thoroughly enjoyable climax to the Lockwood series. I will be sad to see it end (although perhaps the author left the possibility open that we may meet some of the characters again in a spin off).

Few books have me laughing out loud, but this one did. Jonathan Stroud's writing is real treat and these books are thoroughly recommended.
Read more
3 people found this helpful
Report abuse

Karie
5.0 out of 5 stars Lockwood and Co - Fan Club Members!!!
Reviewed in the United Kingdom on 3 October 2017
Verified Purchase
My daughter is addicted to these books, and after she reads them she passes them on to me. We can then have some Mother and Daughter bonding while discussing all the twists and turns of the plot.

These books are fantastic and would make a great movie franchise. They have the darkness of Harry Potter, but with a storyline that is not based on Magic, but instead a future where ghosts and ghouls stalk the Earth haunting and killing anyone who comes too close. The twist is that only children can see them and hear them and are doing everything in their power to protect the adults from what has been named 'The Problem'.
Read more
One person found this helpful
Report abuse

Miss L M D
4.0 out of 5 stars Great adventure
Reviewed in the United Kingdom on 30 June 2018
Verified Purchase
I have thoroughly enjoyed this series and am sad it has come to an end. I bought the first book in this series for a my best friend's 12 year old son. I liked the premise so decided to get a copy for myself too. A 41 year old woman is probably not the target audience bit I thoroughly enjoyed it. Changes are afoot at Lockwood and Co. Lucy Carlyle has left and the Problem is worsening. A great end to the series.
Read more
Report abuse

Sef
5.0 out of 5 stars Promises a thrilling series conclusion, and delivers
Reviewed in the United Kingdom on 26 September 2017
Verified Purchase
The best book I've read since the last Lockwood one! Terrifying, suspenseful and satisfyingly funny too. A triumph for Stroud and I hear there will soon be a screen adaptation too. If you haven't ready any Lockwood yet then do, the writing is fast paced and visceral, the plot twists unguessable and the characters unforgettable.
Read more
Report abuse
See all reviews
Unlimited FREE fast delivery, video streaming & more
Prime members enjoy unlimited free, fast delivery on eligible items, video streaming, ad-free music, exclusive access to deals & more.
> Get started
Back to top
Get to Know Us
Connect with Us
Make Money with Us
Let Us Help You
EnglishChoose a language for shopping.
© 1996-2020, Amazon.com, Inc. or its affiliates