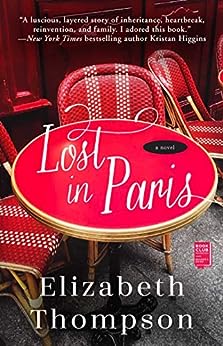 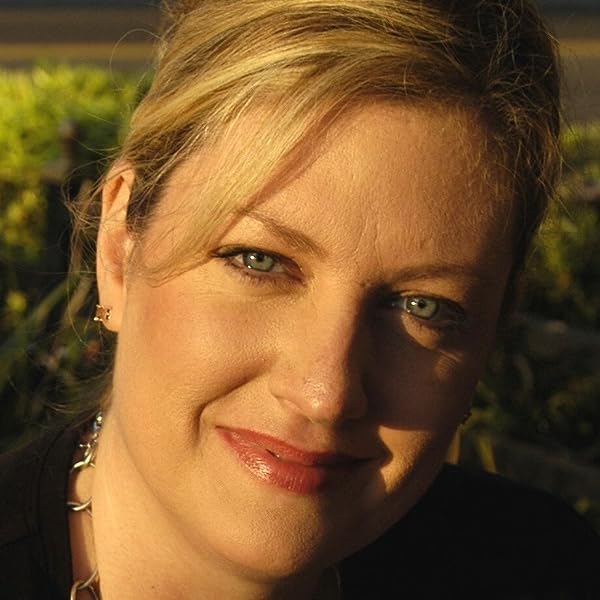 Elizabeth Thompson is a lifelong Francophile with a degree in journalism, and Lost in Paris is her first novel of women's fiction. She currently resides in Tennessee with her husband and their Pembroke Welsh Corgi, Luna.

Emily Tremaine is an actress and audiobook narrator. She has acted in several major motion pictures, including The Wolf of Wall Street and Obvious Child, and was one of the narrators featured on the audio version of Chuck Klosterman's Eating the Dinosaur.

Imogen Church, an Earphones Award-winning narrator, trained as an actress at the Drama Centre London, under Christopher Fettes, Yat Malmgren, and Reuven Adiv. Since graduating, she has worked extensively in theater, film, commercials, and comedy sketch work, and she also works regularly as a voice artist. As a screenwriter, her first screenplay won the 2009 award for Best Feature Screenplay at the Reel Women Film Festival in Los Angeles.

"A luscious, layered story of inheritance, heartbreak, reinvention, and family. I adored this book."

Mum popped in for a visit today.

She made no pretense of what she thought of my new Eton crop hairdo.

In true Constance Braithwaite fashion, she gasped and grabbed a hunk of my hair, going on and on about how I’d ruined my beauty. How no man would want me now because I looked like a boy.

I wanted to tell her the Eton crop was a statement about a woman’s self-confidence, and that confidence, in turn, accentuated femininity.

Instead, I murmured that it was just hair. It would grow back.

Lorgnette in hand, Mum moved her disapproving eyes to my chemise, which I’d made myself out of remnant fabric my boss let me take home. I love the loose, straight drop-waist skirt that falls just below my knees. I’d paired it with stockings and laced-up oxford shoes.

The look was inspired by a Coco Chanel design I saw in Vogue magazine.

As Mum inspected me, I did a twirl and asked her if she liked my frock. A cheeky move, I know, but I refused to stand there and let her berate me. Her nostrils flared as if she smelled something bad.

Her reaction made me wish I’d worn the golf knickers and tie I had finished sewing last week. Paired with argyle socks, the unfeminine ensemble would’ve made Mum apoplectic.

I would have wasted my breath if I’d tried to explain that Chanel has liberated women by taking inspiration from men’s clothing, which is so much more comfortable and convenient than the restraining styles of the past. Instead, I told her that wealthy women these days pay a lot of money to dress down, and soon, I intend to capitalize on it.

Money is a language she understands.

All she did was shake her head and say she knew my move from Bristol to London would lead to my ruin. The way I looked today was proof.

Then she announced that Allister Hutcheon, the widower undertaker back home, was looking for a wife and had been asking about me.

When I pointed out that Allister Hutcheon was closer to Dad’s age than mine, Mum sucked her teeth. She said I was too old for this nonsense. It was time to leave this foolishness behind and return to Bristol while my face was still fair and my virtue was intact. In other words, while I was still marriageable.

I don’t need a husband to take care of me and certainly not old Allister Hutcheon. I was so incensed I removed myself to the kitchen and started brewing tea to give myself a moment to calm down.

Everything considered, I’ve done well for myself. I’ve made good decisions and enough money to support myself. I’ve even managed to stash a little under the mattress.

I’d planned to tell Mum during her visit today that I was indeed leaving London, but not to return to Bristol. The way our talk was going, it was clear that I needed to break the news sooner rather than later.

When the tea was ready, I brought it out and blurted the news before my courage could escape me. I informed her I was moving to Paris with my friend Helen to apprentice in the atelier of Coco Chanel.

Mum scooted her chair away from the table. I’ll never forget the shriek of wood scraping wood. Nor the way she looked at me with fury in her blue eyes. She gathered her handbag and told me that unless I returned to Bristol with her, I needn’t come home ever again. I would not be welcome.

Once she left and her ultimatum settled in, a future life in Bristol flashed before my eyes—the regret of not going to Paris as I wasted away in spinsterhood or, I shudder to think, marriage to Allister Hutcheon.

With that, my choice was crystal clear. --This text refers to the paperback edition.
Read more

4.3 out of 5 stars
4.3 out of 5
215 global ratings
How are ratings calculated?
To calculate the overall star rating and percentage breakdown by star, we don’t use a simple average. Instead, our system considers things like how recent a review is and if the reviewer bought the item on Amazon. It also analyses reviews to verify trustworthiness.
Top reviews

Tazmania
3.0 out of 5 stars Different back story- same Apt in Paris
Reviewed in the United States on 19 April 2021
Verified Purchase
Having read an Apt in Paris, I learned that the “forgotten” apartment was a story written several times. Using this same premise , Lost in a paris is the story of an estranged mother and daughter who find themselves owning an apt in Paris vacated during WW2. This book is the story of a mother and daughter reconciling while learning the true history of their inheritance. The book was all right but not as enjoyable as the first book I read about this apt. This time the story is about a lost manuscript,, An Apt in Paris- lost art. The back story was interesting, the writing of the present day story was a bit childish and maybe boring for me as I knew the outcome. However, where the book failed for me was the simplistic story telling of the characters and friends in today’s world
Read more
2 people found this helpful
Report abuse

Nana
5.0 out of 5 stars Lost In Paris
Reviewed in the United States on 12 May 2021
Verified Purchase
This story is about a Mother/Daughter estranged relationship. Marla, the Mother, works at fixing the relationship, but Hannah, Daughter, worries about Marla letting her down again. While reading the story it's like you are in Paris.
Read more
5 people found this helpful
Report abuse

Terrie L. Winkates
5.0 out of 5 stars For the love of Paris
Reviewed in the United States on 6 July 2021
Verified Purchase
Fabulous and fun historical novel as we get to relive Les Annes Folles (the crazy years) of the 1920’s. Zelda, Scott, Hemingway. What could be more fun? to find yourself partying with this crew. Imagine finding out that your great grand mother had this life and left you a key to a Paris apartment! Then finding her dairies and information about her that changes your life forever. So many great details about Paris where I can’t wait to visit!
Read more
One person found this helpful
Report abuse

Teresa Brand
5.0 out of 5 stars Great Book if you love Paris
Reviewed in the United States on 30 May 2021
Verified Purchase
This book, Lost in Paris, is historical fiction..since I love Paris I really enjoyed this book so much...it’s very intriguing jumping back and forth between present day and 40 years ago. The book also delves into mother daughter relationships.....
Read more
2 people found this helpful
Report abuse

Hermine Z Harman
5.0 out of 5 stars A most enjoyable read!
Reviewed in the United States on 12 July 2021
Verified Purchase
The writing was fluid and engaging , interesting plot twists and revealing layer after layer enriching the story . And Paris with its rich history interwoven in a contemporary relationship tale.
Read more
2 people found this helpful
Report abuse
See all reviews

Elizabeth Thompson is a lifelong Francophile with a degree in journalism. She loves food, books, and art. Lost in Paris is her first novel for Simon and Schuster‘s Gallery Books. She currently resides in Tennessee with her husband and their Pembroke Welsh corgi, Luna.