Skip to main content
Love, Creekwood: A Simonverse Novella and over 2 million other books are available for Amazon Kindle . Learn more
Share <Embed>
Have one to sell?
Sell on Amazon 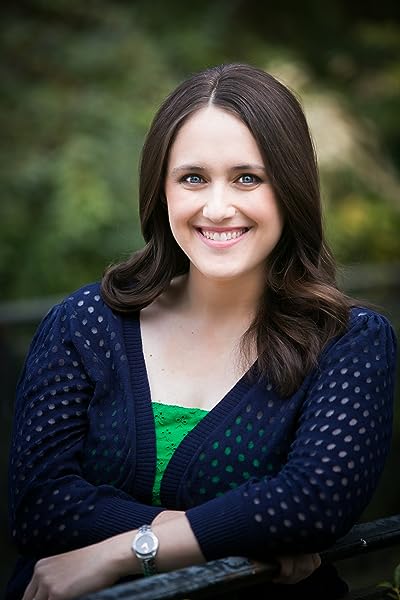 Becky Albertalli is the author of the acclaimed novel Simon vs. the Homo Sapiens Agenda and The Upside of Unrequired, among others. She is a clinical psychologist who specializes in working with children and teens. She also served for seven years as the coleader of a support group for gender-nonconforming children in Washington, DC.

Bahni Turpin has guest starred in many television series, including NYPD Blue, Law & Order, Six Feet Under, and Cold Case. Her film credits include Brokedown Palace and Crossroads. She has won numerous AudioFile Earphones Awards and three prestigious Audie Awards.

Kate Rudd, actress and Earphones Award-winning narrator, has appeared in several independent films and shorts, as well as in multiple episodes of the television show Perks. As an audiobook narrator she has been a finalist for the prestigious Audie Award for best narration.

Michael Crouch is an actor based in New York City. His audiobook narration has won the prestigious Audie Award for Best Narration, numerous Earphones Awards from AudioFile magazine, and Best of the Year accolades from Booklist, School Library Journal, and Publishers Weekly. He can also be heard on national commercials, cartoons, video games, and the animé series Pokémon XY and Yu-Gi-Oh! Arc-V.

James Fouhey is an actor and narrator living in New York City. He received classical training at Boston University and the London Academy of Music and Dramatic Arts. He has recorded more than forty audiobooks across a variety of genres, including science fiction, romance, young adult fiction, and children's fiction.

Start reading Love, Creekwood: A Simonverse Novella on your Kindle in under a minute.

4.6 out of 5 stars
4.6 out of 5
565 global ratings
How are ratings calculated?
To calculate the overall star rating and percentage breakdown by star, we don’t use a simple average. Instead, our system considers things like how recent a review is and if the reviewer bought the item on Amazon. It also analyses reviews to verify trustworthiness.

ZanyAnomaly [Sai]
5.0 out of 5 stars A fitting and beautiful end to the Simonverse books <3
Reviewed in India on 28 December 2020
I am... speechless. Becky had no right to do this to me, yet also had every right to do this to me.
I was so happy reading this the entire time, but it also sort of credcendo'd in intensity (?) and I'm just... my brain has short-circuited.
I feel overwhelmed.
This was so beautiful.

Can't wait to reread it.

blossom gomes
5.0 out of 5 stars The best
Reviewed in India on 16 August 2020
This the perfect finish to the whole Simon verse series. Perfect. Dont buy it if you don't like the email style writing, there is no prose.
Read more
Helpful
Report abuse
See all reviews

Racheleanne
1.0 out of 5 stars Biggest Disappointment
Reviewed in the United Kingdom on 14 August 2020
Verified Purchase
I never thought I’d give a Becky Albertalli book anything less than 4 stars, let alone 1 star. But here we are.

I love that all the profits for sales are going to charity, but I was so disappointed in this book.

Firstly, I don’t really know what the point of this book was? I was ready to DNF at 50% because it was all mushy pining and little plot. I didn’t DNF but instead I flicked through the rest of the book, to realise that not much happens in the final 50% either. I was glad I didn’t spend the time reading it in detail.

I also wasn’t a fan of the fact it was all written in emails. I get the connection to the original Simon Vs. book. But I missed the prose. I felt disconnected to it all because of it and I think I’d have enjoyed it a lot more if it was in prose.

Michelle
5.0 out of 5 stars Catching up with Creekwood
Reviewed in the United Kingdom on 26 July 2020
Verified Purchase
I pre-ordered this book as soon as I heard there was going to be a novella featuring the Creekwood characters. The book is told entirely through emails between Simon, Bram, Leah, Abby, Nick, Garrett and Taylor. It's cute, it's sweet, it's moving, it's funny and it's the perfect antidote for how much I've been missing these characters. I really enjoyed getting a small peek into how things are going now that high school is over and everybody is now in college. I hope there'll be more from this series, especially after that ending, I can't seem to let these characters go!
Read more
Report abuse

Amazon Customer
5.0 out of 5 stars Irresistable, warm and uplifting
Reviewed in the United Kingdom on 1 September 2020
Verified Purchase
The perfect pick me up. Yes, it's short but it's worth every penny. I adore the characters and every time I read anything in the Simon-verse I can feel echoes of my experiences of relationships and college. If you loved the novels I would recommend this, how could anyone resist catching up with these characters? I read it today and miss them all over again.
Read more
Report abuse

MR J P ALVEY
4.0 out of 5 stars Adorable
Reviewed in the United Kingdom on 1 August 2020
Verified Purchase
I just wish there were more. Telling the story by emails is a good idea but it has limits and the question marks that are kept off page are more interesting than the cutesy stuff on the page. I adore the Simonverse characters, they’re so refreshing, but some tentative clashes with adulthood (Simon I’m looking at you) would have given this the edge it feels it needs.
Read more
One person found this helpful
Report abuse

BRADLEY
4.0 out of 5 stars Short but Sweet
Reviewed in the United Kingdom on 23 July 2020
Verified Purchase
Whilst only being a short 100 or so pages, I loved being back in the world introduced in "Simon Vs. The Homo Sapiens Agenda" once more. The book is entirely written in back and forth emails, which sometimes works and sometimes doesn't, but I loved being able to experience what the characters have been up to in college. Is this book a bit pointless? Maybe, but I liked it and would recommend to anyone if they love the "Simonverse".
Read more
Report abuse
See all reviews
Back to top
Get to Know Us
Connect with Us
Make Money with Us
Let Us Help You
EnglishChoose a language for shopping.
© 1996-2021, Amazon.com, Inc. or its affiliates