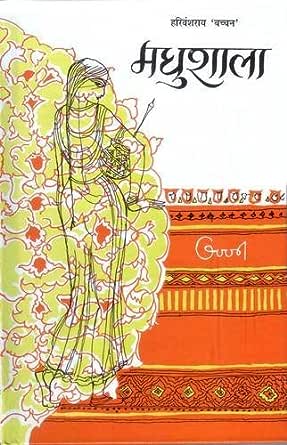 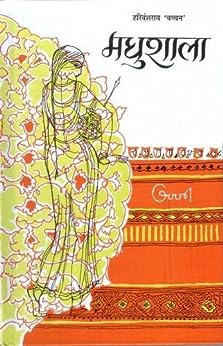 Shatarupa Dhar
5.0 out of 5 stars Book Review
13 December 2018
Verified Purchase
For the first time, I'm deviating from my usual method of reviewing. First of all, I believe poetry is not something which can be reviewed. Secondly, when it is an epic work like this, one can only express their views.

Views:
I had the pleasure of reading this book recently; written in 1933-34, sometime around when my grandparents were born. It makes me wonder; books, literature, written material is so wonderful. To have survived through generations.

In In the Afternoon of Time: An Autobiography by Harivansh Rai Bachchan, he states that "imitations or parodies of Madhushala had begun to appear immediately after its first public reading: the day after my recitation at Benares Hindu University in December 1933, Professor Manoranjan Prasad dashed off imitations of several verses and recited them during the course of my own readings the day following". In this book, from the fifteenth edition, the same professor has shared his experiences of the seminar along with a few quatrains of the parody he had created based on Bachchan's poem. Prof. Prasad writes that, and I translate, "My Madhushala concerns the materialistic, unlike Bachchan's mystic Madhushala".

Hindi is not my first language, and hence I had difficulty in understanding many of the verses. I had to consult a dictionary most of the times but, as they say, a literal translation is never impressive as far as poetry is concerned. I have also come across some translations by fellow readers/bloggers but, there also, the essence of the poem gets lost in translation. Now, the perfect and most poetic translation of this piece in English is the one done by Marjorie Boulton & Ram Swaroop Vyas, first published by Fortune Press in 1950, and the revised edition published by Penguin Books in 1989. In 2009, in India, from what I gathered from press reports; Madhushala – The House of Wine was reproduced again, this time with illustrations, and launched with much fanfare with the entire Bachchan clan in attendance. It's been nine years since, but I just could not find a single edition of that book anywhere. Why is it so? I couldn't find it in any of the publisher's websites either. And the few sites, including Amazon, where it is available, it costs a bomb! I would have loved to read it, in its entirety. It would have given me a better understanding of the text. As of now, only Columbia University's website has a PDF version of the book but, only the first twenty-five of the one-hundred-and-thirty-five quatrains are available in scanned format; while select American Universities have an edition of the same book in their library. I have added the link below to the same.

I don’t know why, studying both English and Hindi from the first standard itself, I haven’t been able to embrace the latter as well as I have done the former. Maybe, that is the reason that it took me from August to October to finish a book of 77 pages!

Sameer Singh Chauhan
5.0 out of 5 stars Must read
12 August 2019
Verified Purchase
What a wonderful words writing by Bachchan Sahab. What we can say about him, just superb.
Read more

Ansal
4.0 out of 5 stars MADHUSHALA BY Harivansh Rai Bachchan
28 July 2018
Verified Purchase
I bought this product this for my friend. I guess It must be a good one...
Read more
9 people found this helpful
Helpful
Comment Report abuse

For the publishers , if you could come out with an edition in which the poem is interpreted , it would be nice. The poem itself is open to multiple views and was very thought provoking when it came out. Bachchanji travelled from village to village and recited the poem.Pity that this is not possible now.

But yes, publishers can either have a youtube edition of it being explained or create a book that has both the verses and the explanations.

I have held this poem dear to me for a decade or so. Always find something new in it. Finally delighted to have the complete poem - an outstanding poem of our glorious Hindi literature.
Read more
14 people found this helpful
Helpful
Comment Report abuse

Komal_reads
5.0 out of 5 stars One of the best book in Hindi literature and poetry
25 November 2019
Verified Purchase
भावुकता अंगूर लता से
खींच कल्पना की हाला
कवि साकी बनकर आया है
भरकर कविता का प्याला;
कभी न कण भर खाली होगा,
लाख पिऍं, दो लाख पिऍं!
पाठक गण हैं पीनेवाले,
पुस्तक मेरी मधुशाला!
.
If you haven't read Madhushala yet and this lines doesn't inspire you to do so, then neither my reverence is going to do!!
.
Get your copy and dwell into this magical place. Each stanza of this poem beholds something rare, inspiring and beautiful. It's a Profound and true to life treasure that you can always keep close to your heart, in a good time and in a bad time!
.
Genre - Poetry
Pages - 77
No ratings needed for this book!!! Thousands of ⭐⭐⭐⭐⭐⭐⭐⭐⭐⭐ from me!!
Read more

Mradul
5.0 out of 5 stars Great poetry
29 March 2017
Verified Purchase
If you are trying poetry for the first time this is where you start it. Do not read all of it at once or you will loose it. However author has suggested to read it in one go. For the first timers after every phrase take a break and try to understand word by word. It may sound exhausting but once you do this in initial stages then you will have no problem all the way to the end. Great use of language and stood the test of time.
Read more
5 people found this helpful
Helpful
Comment Report abuse

I give 4 stars because I didn't like the page layout. There are 3 stanzas of the poem on each page. I was hoping to find one stanza on each page. But again, if they put one stanza on one page, the cost of the book might go up 10 times. Also, the stanzas are not completely independent, they are themes and allusions that the neighbouring stanzas share, so having 6 stanzas together on a double page helps. I would give 4.5 stars, but that is not possible.

All in all, an excellent purchase.
Read more
One person found this helpful
Helpful
Comment Report abuse

Go to Amazon.com to see all 8 reviews 3.7 out of 5 stars
click to open popover
Unlimited FREE fast delivery, video streaming & more
Prime members enjoy unlimited free, fast delivery on eligible items, video streaming, ad-free music, exclusive access to deals & more.
> Get started
Back to top
Get to Know Us
Connect with Us
Make Money with Us
Let Us Help You
EnglishChoose a language for shopping.
© 1996-2020, Amazon.com, Inc. or its affiliates