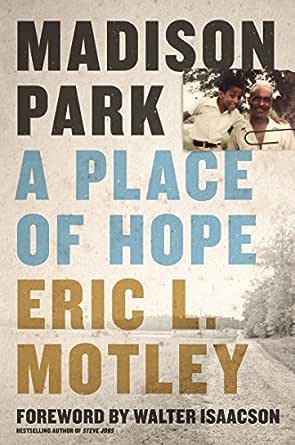 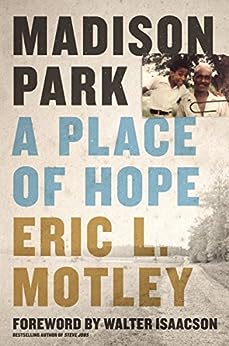 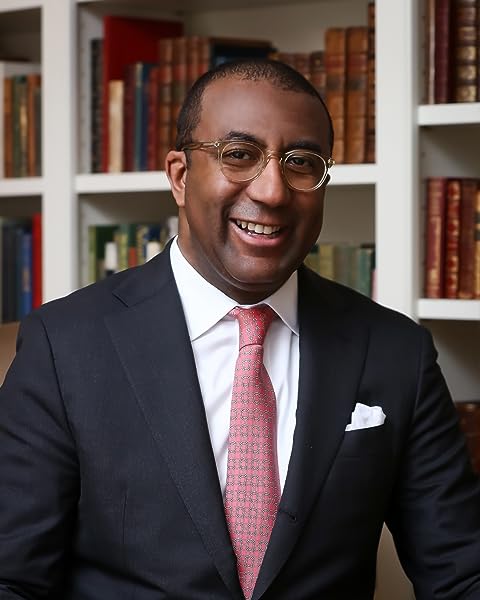 A wry, nostalgic memoir of the aspirational African American community where he grew up, recalling its quirky neighbors and feisty pride amid the tensions of racially charged Alabama. * O Magazine * In Motley's autobiography, he reflects on his upbringing in Madison Park, Alabama, a small community founded by freed slaves in 1880. He gives readers a ride through our complicated modern history, writing eloquently about race relations, community, family, patriotism, politics, and, foremost, the faith that ties them altogether. This same faith led him from a small, rural town all the way to Washington D.C., as a special assistant to President George W. Bush. Like life, Motley's story is filled with humor, evil, highs, and lows. This is no textbook. It is written with the kind of authenticity that makes readers feel as if they are sitting across a table from a good friend who is spinning a long, engaging yarn. While the content is appropriate for teens and older, probably older readers can better appreciate the epic scope of the story. * Christian MARKET * Motley (executive VP, Aspen Inst.) could have contented himself with a memoir of starting from a poor, rural, and segregated community in the Deep South to academic scholar and special assistant to George W. Bush. Yet his story here centers on the hopes, aspirations, and work of the community of Madison Park, AL, and begins with the character of the grandparents who raised him and the nature of Madison Park itself, from its 1880 founding by former slaves to the friends and family whose strength molded him. An active faith is an integral part of his community. Motley imparts that he did not earn his place solely through his considerable efforts, noting the sacrifices of the people who placed great hopes in him. Motley closes with his painful decision to sell his family home--which threatens to cut ties with his hometown--and his reconciliation with his mother, which succeeded in strengthening those bonds. VERDICT Motley's account can be interpreted in a number of ways, but what shines through in any reading is the story of a remarkable yet humble life.--JW * Library Journal * Motley, executive vice president of the Aspen Institute, writes with charming flair about the dedicated individuals who shaped him throughout his life. Born into a hardworking family of limited means, Motley was raised in Madison Park, Ala., an African-American community established by freed slaves. Though the story is grounded by the portraits of people Motley knew, Madison Park slowly emerges as the main character. Motley's lean descriptions reflect his quiet, modest upbringing: 'Most homes were small wood-framed houses.... Most families owned a couple acres of land, with their house close to the road and what lay behind designated farmland.' With the strength of his community supporting him, Motley accomplished much, earning his Ph.D. in international relations and later working in the White House as special assistant to George W. Bush. His story is inspiring, but it often reads like a list of anecdotes featuring people from his life he wishes to thank, and personal topics such as romantic relationships are quickly glossed over. Nonetheless, this book will leave readers nostalgic for a place most have never visited and willintrigue those interested in how faith can strengthen community bonds. Agent: Larry Kirshbaum, Waxman Leavell. (Nov.) * Publishers Weekly * Eric Motley has crafted a beautiful volume, an inspiring tale of family, community, determination, and hope. His is a deeply moving and deeply American story. The lovely prose brings to life those who raised him and taught him and opened doors for him, as well as those who tried to keep those same doors firmly shut. The book is sharply observed and utterly engrossing. Once I started, I could not put it down. * Stephen L. Carter, William Nelson Cromwell Professor of Law, Yale University; author of Civility: Manners, Morals, and the Etiquette of Democracy * As a 1970s first-grader, Eric Motley was dubbed a "turtle" because of his poor reading skills. Two decades later, he became the youngest appointee in George W. Bush's White House. In this compelling memoir, Eric shows how his life trajectory was shaped by the self-reliance instilled by his grandparents---but also the timely support of a close-knit community of mentors and supporters. Whatever attributes we ourselves bring to the table, our networks propel us further. * Reid Hoffman, cofounder of LinkedIn and co-author of the #1 NYT bestsellers The Startup of You and The Alliance * In writing as clear as water, Madison Park tells a moving story of hope: how members of a small African American community in Alabama joined together to enable a young man with no "worldly advantages" to realize his potential, even beyond their---or his---imagination. * Elaine H. Pagels, Harrington Spear Paine Professor of Religion, Princeton University; author of Gnostic Gospels * The roots Eric L. Motley traces in his hometown of Madison Park, Alabama, a place founded by former slaves not long after the Emancipation, serve as a powerful reminder of the shaping influences that family, faith, and community have in African American lives---so, too, the love of mentors, neighbors, and teachers who nurture those lives in the crucial years of their development. In the personal odyssey of this remarkable black Renaissance man, in whom a passion for learning was cultivated at a young age and through whom others have been touched from the Deep South to the White House, we find inspiration in the history that binds the citizens of a place across generations and hope for every child, whatever their birth, blessed to be raised among those who see education not only as a value but as a vital spark to be shared. * Henry Louis Gates Jr., Alphonse Fletcher University Professor, Harvard University * In this beautifully written book, Eric Motley shares his personal odyssey of grace and gratitude. This is a memoir about love---love of family, community, literature, language, and ideas. * Mrs. Laura Bush * --This text refers to the hardcover edition.

Eric L. Motley grew up in Montgomery, Alabama, the son of adoptive grandparents who raised him in the community of Madison Park, which was founded by freed slaves in 1880. From this beginning in the black community he rose to become a special assistant to President George W. Bush. Eric is executive vice president of the think tank The Aspen Institute which on a national and international level discusses today's global issues that face the United States and her partners across the world. --This text refers to the hardcover edition.

4.7 out of 5 stars
4.7 out of 5
84 global ratings
How are ratings calculated?
To calculate the overall star rating and percentage breakdown by star, we don’t use a simple average. Instead, our system considers things like how recent a review is and if the reviewer bought the item on Amazon. It also analyses reviews to verify trustworthiness.

jessica fullerton
5.0 out of 5 stars This is a beautiful book and lovely tribute to the grandparents and the ...
Reviewed in the United States on 31 December 2017
Verified Purchase
This is a beautiful book and lovely tribute to the grandparents and the town that raised Eric Motley. These were his adoptive grandparents, neighbors who adopted Eric's mother when her own mother, who lived next door, died. The town of Madison Park then adopted Eric, tutoring him when his grades fell, mentoring him, giving him odd jobs so he could earn money for his future tuition. He was the student who would go to college and make the town proud. How to describe Madison Park? It was founded by a freed slave after the Civil War as a home for other freed slaves who got together to buy a ruined plantation near Montgomery, Alabama. By charter, only African Americans could own land here and none of them were wealthy but they gave Eric what he needed. Eric went on to Samford College and then St Andrews in Scotland where he earned a PhD. Along the way he befriended and was befriended by a large group of people. One of the charming things about this book is Eric's consistently positive attitude and the positive messages he got from his grandparents, townspeople and those he met who kept him grounded and working tirelessly to achieve his goals. Eric is amazing, and so is his memoir.
Read more
7 people found this helpful
Report abuse

Ann Platt Payne
4.0 out of 5 stars although I enjoyed reading about all of his relationships
Reviewed in the United States on 1 January 2018
Verified Purchase
As a white Southerner, born in 1947, I was curious to know what led to Eric Motley's ability to go against headwinds and become as successful as he is. Although some basics turn out to be similar in many such instances (family, church), Motley made very sure that the reader knew something important: it was his entire community that upheld him. His relationships with his grandparents were especially touching to me, although I enjoyed reading about all of his relationships. His fondness for the Bush family did not come as a surprise, since I have heard again and again about the personal decency of the family. I was glad that Motley found a place in that administration. I recommend the book to those who enjoy memoirs and those who try to understand that love of community and family is not the domain of any one political party.
Read more
9 people found this helpful
Report abuse

The_Sandstress
5.0 out of 5 stars Wonderful book!
Reviewed in the United States on 28 January 2018
Verified Purchase
Reading Eric Morley's book was refreshing and eye opening. It instilled a feeling of gratitude for the rural south that is overlooked and dismissed by those that consider themselves "educated and enlightened". Men like him and those from Madison Park need to be held up as heroes instead of the celebrities that are so often just a " piece of fiction" in print, not REAL MEN, who actually contribute to the betterment of others. Real men, quietly do the right thing and make small decisions each day that benefit others without expecting public praise. Thank God for men like these....they are the backbone of all that's good about America. Of course, smart men like these, know the value of a good woman and how to appreciate them and especially how to treat these wonderful, strong, intelligent, and beautiful women in their lives!
Read more
5 people found this helpful
Report abuse