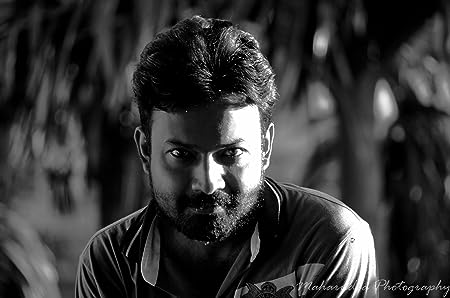 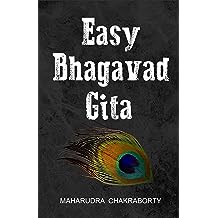 Bhagavad Gita is one of the most celebrated sacred scriptures in Hinduism. More appropriately, someone can say, the Bhagavad Gita a small part of the vast Hindu scripture Mahabharata. It is the ultimate knowledge that was delivered to Arjuna just before the start of Mahabharata war by lord Krishna. It consists eighteen chapters and seven hundred verses in total. Each chapter has its own essence. If someone can consume the full knowledge of Bhagavad Gita, and leads his life accordingly, no doubt, his life will be easier than before. It is the key of ultimate success in life.

There are numerous other translations also available in the market. But there is a problem. Since, it was originally written in an obsolete language Sanskrit, other authors tried to translate it maintaining the exact grammar and exact depiction of English words from Sanskrit. As a result, it becomes very difficult to understand for common people. The same is true when you try to read Bhagavad Gita in your mother language also. Thus, the final result is that you are able to half understand this book, and other half remain beyond your realization.

This translation is made very easy way in English language, so that even children can understand it. This book is written in a story telling way, thus you will not feel any pressure in your mind while reading it, and you will be able to understand the whole book perhaps for the first time. This book is even easier than those translations in your mother language.

Moreover, this book is not only a religious book. It is a philosophy of life which is needed to know everyone in the world irrespective to his religion. The Bhagavad Gita has the answers to the following questions:

And there are many more solutions for your life that you are searching for.

I hope you will become a different person when you will finish this book. 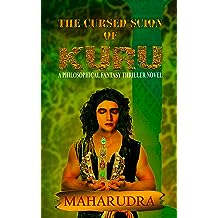 A teenage boy, named Aditya, who was a descendant of Kuru family received an expensive sword as a gift from his father, Mahendra, on his eighteenth birthday. According to the rule of Kuru kingdom, it was the required age of entering adulthood. From that age, the prince, Aditya would be eligible to take decisions about political matters regarding his kingdom.

Aditya was a selfish, arrogant, greedy, cruel teenager, and due to extreme affection, his father never opposed him for his sinful activities. On his eighteenth birthday, he suddenly noticed that the map of Kuru resembled a picture of a sparrow, but a sparrow with no tail. That incompleteness of Kuru's boundary made him disappointed, thus he carefully observed the adjacent kingdom of Kuru, and found the adjacent kingdom, Anga would make the map complete. He demanded Anga from his father as a gift on his eighteenth birthday. His father, Mahendra reluctantly agreed on his proposal.

One day Kuru invaded the land of Anga, After the battle, Aditya was about to fulfill his wish of conquering Anga. He employed several immoral techniques in order to conquer the land. Aditya had killed all the opponent soldiers, and assassinated the king while he was fighting a duel with his father. When he was going to murder the son of the opponent king, he received a curse from him.

The curse took away everything from him. His recognition as a prince, his father, his kingdom, and made him an ordinary villager. He watched with his eyes, everything changed after receiving the curse. His father, Mahendra, and all the dead or alive soldiers disappeared from the battlefield. His appearance as a prince suddenly transformed into an ordinary person.

Anyhow, he returned to Hastinapur, the capital of Kuru, from that battlefield, and found his father was still existing there, and everything was normal in his life. He refused to recognize Aditya as his son, and expelled him from Kuru.

A disappointed Aditya, after long days of starvation, finally found an unknown village, called Dharmkhet, and started to live there. He discovered several mysterious facts around that village, and its people. And the story began.

Did he solve the mysteries?

Did he get back to his previous life as a prince?

How did Aditya convert himself into a hero from a villain?

Why did Aditya possess an evil personality?

If you want to get the answer, read this novel wisely.

This novel has been written for people of all ages to read. Children can read this novel as a storybook, and they gather knowledge about moral values in their lives through their subconscious mind, which will help them to build a good character for the future. On the other hand, adults are able to conceive the deeper meaning of life through this novel.

It is not merely a fantasy or thriller novel, which people generally read for their entertainment. It is a novel about the meaning of life, and regarding the psychology of an individual. What would a person do if he suddenly lost everything in his life? His entire wealth, his recognition, his family, his friends, and everything that he had possessed once, except his memory. Would he choose death? Or, should he begin his life with a new ambition? How can an evil force take away everything from someone's life? How should the person defeat that force leading a good lifestyle?

This novel answers all these questions through its story. And moreover, it delivers the basic knowledge of hinduism among the readers.

Maharudra Chakraborty was born in 1986, and brought up in Kolkata. 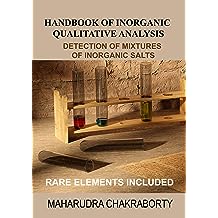 HANDBOOK OF INORGANIC QUALITATIVE ANALYSIS: A STEP BY STEP GUIDE FOR DETECTION OF MIXTURES OF INORGANIC SALTS, RARE ELEMENTS INCLUDED 1 May, 2019
by Maharudra Chakraborty
₹ 82.00
This book is intended for undergraduate and postgraduate students in colleges and universities. Qualitative analysis in their inorganic chemistry practical courses plays a vital role to grow some knowledge in this field. However, most of the students feel difficulties during the detection of ions in inorganic salt mixtures because some ions in that mixture of salts interfere with the typical reactions of other ions.This book includes a systematic approach for the detection of inorganic acid and basic radicals when they are mixed together, even if the mixtures include more than six ions. Most of the difficulties and their removals have been given in this book so that student can easily report all the ions in their practical exam. Moreover, some special method for detection for a few complicated radicals is also included.For the postgraduate students, detections of some rare elements are also discussed.Hopefully, this book can be very much helpful to students and also to teachers of degree colleges and universities globally.I am very much thankful to my teachers for their teachings, otherwise, this book could not be successful.1. Colors of Inorganic Salts2. General Solubility of Inorganic Samples3. Scheme for Inorganic Qualitative Analysis4. Special Notes on Mixtures of Ions5. Difficulties and Their Removals During Group Analysis6. Addition of Some Common Reagents in Water Extract7. Detection of Rare Elements
Read more
Other Formats: Paperback
inclusive of all taxes 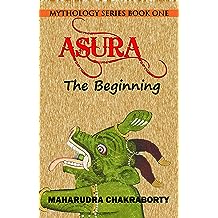 ASURA The Beginning: Mythology Series Book One 4 May, 2020
by Maharudra Chakraborty
₹ 90.00

Indian mythology is a gem in ancient Indian literature. Ancient Indian literature books are mostly associated with Hinduism and it is undeniable that Ramayana and Mahabharata are the greatest epic of all time. However, apart from Ramayana and Mahabharata stories, there are several interesting stories in mythological books which are also popular among people. Those stories are divine and teach us good morality in life.

The category of books where we get those stories is known as Purana. There are eighteen major Puranas which are known as Mahapuranas. Along with these, many lesser-known Puranas known as Upapurana also exist.

But there is a severe problem. None of these Puranas tells the stories in a chronological way. Even in most of the cases one story contradicts to another. So, it is a very difficult task to arrange them chronologically and to tell them maintaining the theme intact for those stories.

In this book, I have tried my best to deliver the stories among you. The story is started from the beginning when the concept of the universe not existed. And the stories maintain a harmony between the chronology and family tree of different characters as far as possible. I have consulted different Puranas to write down every story. Also, I tried to propagate the storied maintaining the authenticity of the actual story written in books in a storytelling way. I hope you will enjoy it.

This is the first book of Mythological Book Series and your kind support will give me the enthusiasm to write more.