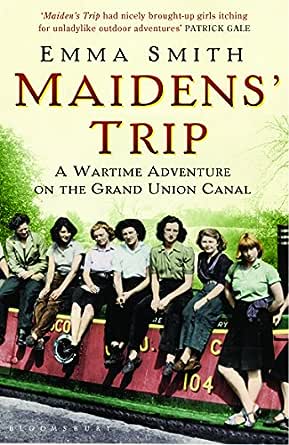 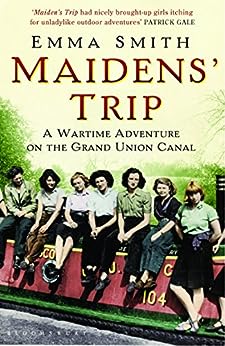 '"It must have been an astonishing imposition for the canal people when war brought them dainty young girls to help them mind their business, clean young eager creatures with voices so pitched as to be almost impossible to understand." So begins this joyous and rare memoir of a time when a group of girls 'in the deep sea of adolescence' work the barges in England during World War Two. One envies Emma Smith's precise and sly humour in her portrait of life on the canals, the details on the opening of a lock, and most of all the catching of that era and that adventure that now will live forever' Michael Ondaatje --This text refers to an out of print or unavailable edition of this title.

Emma Smith was born Elspeth Hallsmith in 1923 in Newquay, Cornwall, where until the age of twelve, she lived with her mother and father, an elder brother and sister, and a younger brother. Her book, Maiden's Trip, was first published in 1948 and won the John Llewellyn Rhys Memorial Prize. Her second, The Far Cry, was published the following year and was awarded the James Tait Black Memorial Prize. In 1951 Emma Smith married Richard Stewart-Jones. After her husband's death in 1957 she went to live with her two young children in Wales, where she proceeded to write and have published four successful children's books, a number of short stories and, in 1978, her novel The Opportunity of a Lifetime. Since 1980 she has lived in the London district of Putney. In 2008 she published The Great Western Beach, her memoir of her Cornish childhood. Once again, it gained widespread critical acclaim. --This text refers to an out of print or unavailable edition of this title.

4.5 out of 5 stars
4.5 out of 5
120 global ratings
How are ratings calculated?
To calculate the overall star rating and percentage breakdown by star, we don’t use a simple average. Instead, our system considers things like how recent a review is and if the reviewer bought the item on Amazon. It also analyses reviews to verify trustworthiness.

Malcolm Tierney
5.0 out of 5 stars Don't Drop Your Windlass
Reviewed in the United Kingdom on 13 June 2018
Verified Purchase
I must declare my hand as not being entirely impartial as I grew up a stone's throw from the Grand Union Canal at Hanwell and used to walk to Brentford Docks. This is a fascinating book based on true experiences of the author although she has combined all her experiences of running narrow boats on the Grand Union between London and Birmingham during the second world war. This does make the women seem a little dizzy as all the misfortunes befall them on one trip but it is a fascinating account none the less and it is interesting how the women relate to each other and their expectations at a time when life was harder.
Read more
5 people found this helpful
Report abuse

TimC
4.0 out of 5 stars a very attractive tale of a vanished lifestyle.
Reviewed in the United Kingdom on 11 April 2017
Verified Purchase
Strangely not dated by the time that has passed. This is the story , well written and well structured, of young middle class women working as bargees during the war. By today's standards a hugely naif group of girls but you do come away believing that 'that was just how it was'. The whole way of life of the barge crews and the trade along the canals is well shown and is again something which has disappeared. This is a very attractive tale
Read more
3 people found this helpful
Report abuse

A W Jones
5.0 out of 5 stars A piece out of time
Reviewed in the United Kingdom on 9 June 2019
Verified Purchase
Wonderfully atmospheric and charming account of well bred young ladies seconded to the inland water ways during WWII. Their adventures are amusing but it is the insights of a way of a fascinating, long-established way of life that disappeared completely just after the war that make this a valuable social history.
Read more
One person found this helpful
Report abuse

Erika Lax
4.0 out of 5 stars Quick interesting read.
Reviewed in the United Kingdom on 13 December 2018
Verified Purchase
This book was informative and interesting to read; a quick read. It would have been a cracking book if someone (editor?) had suggested a few tweaks, most importantly to address the slight oddness of voice. It flitted from third to first person throughout giving no real personal insight or point of view. That said, the detail about narrowboat driving and the people who lived on or near the canal was brilliant.
Read more
Report abuse

Issie
5.0 out of 5 stars Great read about the Canal Barge Girls
Reviewed in the United Kingdom on 27 February 2017
Verified Purchase
Loved this, Bought it on Kindle
I really enjoyed reading this book. I didnt know anything about the girls that worked on the barges so it was really interesting to read,
I could not put this book down, a Brilliant read.
Which Emma had written more
It has made me want to learn more about the girls that worked for the WW2 canals, land army's.