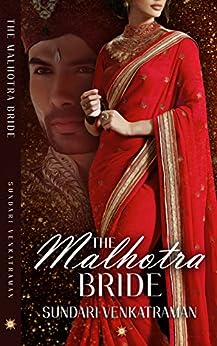 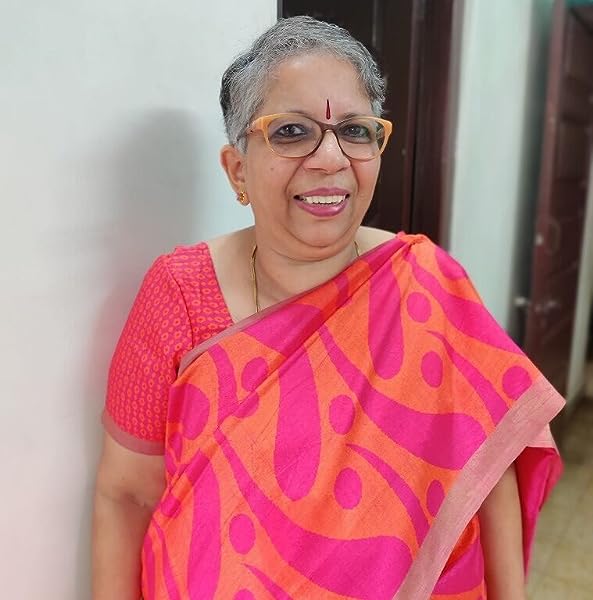 Would I recommend this book – Definitely, with a cup of coffee, soft music humming in the background, this book would fit right into the mood. Uh! A bit of drizzle would be great for your visualization . . .' — Rubina Ramesh, bestselling indie author --This text refers to the paperback edition.

Sundari Venkatraman is an indie author who has nineteen titles to her name, all top 100 bestsellers on Amazon India, Amazon USA, Amazon UK, Amazon Canada and Amazon Australia in both romance as well as Asian Drama categories. Her latest hot romances have all been on #1Bestseller slot in Amazon India for over a month.
Since a kid, Sundari absolutely loved the ‘happily ever after’ and grew up reading all the fairy tales she could lay her hands on, as well as Phantom comics, Mandrake comics and the like. It was always about good triumphing over evil and a happy ending.
Soon, into her teens, Sundari switched her attention from fairy tales to Mills and Boon. While she loved reading both of these, she kept visualising what would have happened if there were similar situations happening in India to a local hero and heroine. Her imagination took flight and she always lived in a rosy cocoon of romance over the years.
Then came the writing—a true bolt out of the blue! And Sundari Venkatraman has never looked back.
--This text refers to the paperback edition.

3.7 out of 5 stars
3.7 out of 5
191 global ratings
How are ratings calculated?
To calculate the overall star rating and percentage breakdown by star, we don’t use a simple average. Instead, our system considers things like how recent a review is and if the reviewer bought the item on Amazon. It also analyses reviews to verify trustworthiness.

Arti
5.0 out of 5 stars Highly recommended
Reviewed in India on 19 January 2018
Verified Purchase
The characters:
Sunita, 20, the younger daughter of Gokul and Leela Rishi, of Rishi Enterprises, is just out of college and wants to do a course in interior design, travel abroad and be independent. She belongs to a traditional family and her autocratic father wants her have an arranged marriage. Her father is a dominating male who feels women are made for marriage and home. She respects her mother and grandfather. She can twist her mother around her finger and her grandfather dotes on her and understands her. She has an older sister, Sandhya, who has had an arranged marriage.
Akshay Malhotra, 28, the only son of Raj and Tanuja Malhotra, is the heir of the Malhotra Empire. He has a Master’s Degree in Business Administration from Syracruse University. Unlike the Rishis, the Malhotras have a free, modern and non-formal relationship. They give him complete freedom to do what he wants.
The story:
One day, Sunita’s mother tells her that the Malhotras would be coming with their son, Akshay, with whom her horoscope matches perfectly and that she should meet them. She protests and goes to her grandfather who tells her that the only way she can be saved from the wedding is ‘if the ‘boy’ rejects her’. In the meanwhile, Akshay is upset that his father is forcing him to meet a girl for matrimonial purposes, as he Is not keen on an arranged match. But, after seeing her photograph, decides to see her for himself and waits outside her computer Institute to check her out and decides to go and meet her in the evening. Sunita also sees him (not knowing who he is) and decides ‘to send Akshay Malhotra packing’.
In the evening, he goes to her house to meet her and they are both startled to see each other and she tells him that she does not want to get married to anyone now because of her dreams and asks him to reject her. He tells her that her father would get her married off to someone else and tells her to marry him and he would help her realize her dreams.
Next morning, she hears her father telling her mother that if the Malhotras were to refuse, he would hold a Swayamwar and she decides to go ahead with Akshay’s plan. And thus starts the story of smitten Akshay trying to woo Sunita to become the Malhotra bride with all the twists and turns.
My take:
The story is sweet and once I started it, I could not keep the book down, I was so hooked to it. The characters have been developed well and are very real: Akshay is someone every girl dreams of and Sunita is really confused. Grandpa Ratan is endearing and I loved the way Raj Malhotra calls Sunita ‘Princess’. It felt that I was watching a Bollywood movie, only the songs were missing.

Indywrites
4.0 out of 5 stars Reverence, innocence and love.
Reviewed in India on 16 January 2018
Verified Purchase
The Malhotra Bride; Sunita is a 20 something girl who is still trying to find herself in a world that is trying to mould her into a submissive puppet like most Indian women. That she finds her prince charming right at the first encounter is both unsettling and enchanting for her.

The premise of the story is the liberation of Sunita; who becomes a Malhotra Bride and how it is a win-win situation for both Akshay – billionaire hunk and Sunita – a beautiful damsel. The story reminded of how it was to be so young and carefree, looking at the world with starry eyes. Dreams and hopes to fulfil and goals to achieve, even the naivety of Sunita reminded me of a time long forgotten in the grind of life.

It made me nostalgic, of first love, that innocent kiss that turned into something to cherish and those hot-tempered tiffs that landed me in hotter fun. The straightforward storyline has a few quick surprises and naughty turns that manage to keep the interest going till the last page.
It is a novel for young hearts as well as old because Sundari has been able to strike a beautiful balance between the modern younger generation that manages to cherish the values and ethics of the old.

I recommend this as a read for everyone who values love and family from 18 years to 80 years because this simple romance novella shows that it is possible to love and respect both your lover and your families.

Do pick it as it is the perfect summer read – fresh, fascinating yet packs a punch!
Read more
12 people found this helpful
Helpful
Report abuse

Rashmi Pai-Prabhu
3.0 out of 5 stars The Malhotra Bride
Reviewed in India on 11 July 2019
Verified Purchase
Book review 12:
.
.
The Malhotra Bride by Sundari Venkatraman.
.
.
Foreword . What was intriguing in the title was that a south Indian author was writing about a north Indian bride and I needed to see how this story would pan out
.
About the book: Akash and Sunita are quite reluctant to think of marriage. Would it mean an end of their hard earned freedom? Both are perfect by themselves and perfectly suited for each other. The book goes on to capture how reluctance turns to curiousity turns to friendship turns to love. It quite does not end up how each of them wished but ends perfectly nevertheless. Sugary sweet. .

Takeaway : Things often do not turn out how we plan or wish for them to, however in some cases they do turn out better. :)
.

C. Sim
5.0 out of 5 stars Very well written and an interesting story!
Reviewed in the United Kingdom on 8 May 2015
Verified Purchase
Very well written short story & kept the reader interested to want to continue reading it. Some good points carefully and cleverly written in, like family values, a family's concerns about their daughter's safety,how arranged marriages are workable (not everything western concept is best for us to ).
Subtly pointing out that men's traditional attitude within a marriage (arranged or love) can make a great difference whether it is a good or an indifferent marriage, is really well told in this story and also the important role good and understanding in laws play in a joint family in taking the marriage forward to be a happy one.
Traditional ideas like dressing properly and obedience being expected in an arranged marriage from the daughter in law has to change with the times is also addressed within the story and the all important dowry which even in an affluent, educated society needs to be eliminated is so well woven into the script .
Good responsive sex within a loving relationship leading to a definite commitment to marriage, is not left out in this book; making it an interesting light reading book.
I would certainly recommend this author for her well told story and not boring readers.
Read more
One person found this helpful
Report abuse

Mrs B
5.0 out of 5 stars Gripping
Reviewed in the United Kingdom on 28 July 2015
Verified Purchase
I read this book in a day as I could not put it down.
Thoroughly enjoyed this happy book thank you
Read more
One person found this helpful
Report abuse

Diane
3.0 out of 5 stars Not bad
Reviewed in the United Kingdom on 4 January 2016
Verified Purchase
A bit superficial without much substance to the story but not a bad read if you want something quick and easy.
Read more
Report abuse

Sophie Bridge
3.0 out of 5 stars The Malhotra Bride
Reviewed in the United Kingdom on 26 March 2015
Verified Purchase
It as a pleasant read but I prefer a storyline with more SUBSTANCE. However t made for a relaxing reading.
Read more
One person found this helpful
Report abuse

HARRY ADAMS
4.0 out of 5 stars Four Stars
Reviewed in the United Kingdom on 15 March 2015
Verified Purchase
a lovely book, Sunita is a truly modern woman but still respects her traditions and culture
Read more
One person found this helpful
Report abuse
See all reviews
Back to top
Get to Know Us
Connect with Us
Make Money with Us
Let Us Help You
EnglishChoose a language for shopping.
© 1996-2021, Amazon.com, Inc. or its affiliates