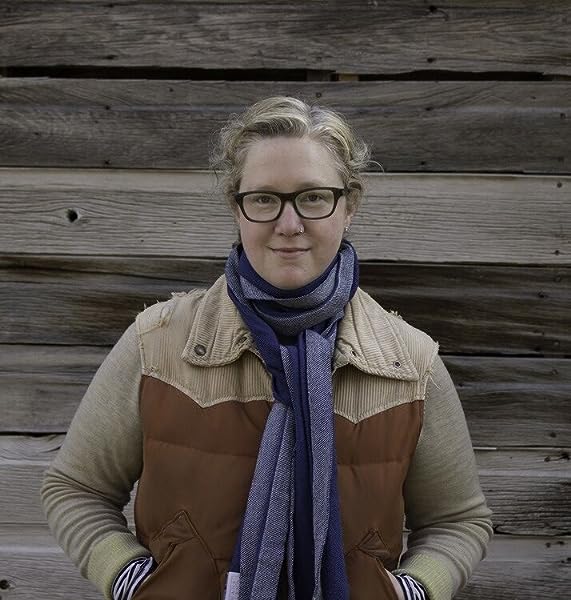 by Diane Cook (Author)
4.1 out of 5 stars 107 ratings
See all formats and editions
Sorry, there was a problem loading this page. Try again.
10 Days Replacement Only
Read more Read less
Previous page
Next page

Diane Cook's fiction has been published in Best American Short Stories, Harper's magazine, Granta, Tin House, Zoetrope, and elsewhere. Her nonfiction has appeared in the New York Times Magazine and on This American Life, where she worked as a radio producer for six years. She earned an MFA from Columbia University, where she was a Teaching Fellow. She lives in Oakland, California.

Hillary Huber is one of the most successful voice talents in Los Angeles. Recent books read for Blackstone Audio include Him, Her, Him Again, the End of Him by Patricia Marx, A Field of Darkness by Cornelia Read, and A Map of Glass by Jane Urquhart.

Bronson Pinchot, an Audie Award-winning narrator and Audible's Narrator of the Year for 2010, received his education at Yale University. He restores Greek Revival buildings and appears in television, film, and on stage whenever the pilasters and entablatures overwhelm him.

Start reading Man V. Nature: Stories on your Kindle in under a minute.

4.1 out of 5 stars
4.1 out of 5
107 global ratings
How are ratings calculated?
To calculate the overall star rating and percentage breakdown by star, we don’t use a simple average. Instead, our system considers things like how recent a review is and if the reviewer bought the item on Amazon. It also analyses reviews to verify trustworthiness.
Top reviews

Sharon
5.0 out of 5 stars If you like George Saunders, try this.
Reviewed in the United Kingdom on 29 October 2016
Verified Purchase
4.6 rounded up.

I bought this book (on Kindle) after really enjoying one of the stories, Flotsam, read on the Selected Shorts podcast. Then I found two more "friends" in the book Moving On (one of my favourite stories in Best American Short Stories 2015) and The Mast Year (also on Selected Shorts). Often dark, frequently bizarre, these are allegorical stories about the deepest human needs and desires. They seem to take place in a world so much like our own, but the rules that govern society have shifted. In chilling story The Not-Needed Forest, boys who are "not needed" are sent to an incinerator, but a few escapees band together in a forest fighting for survival; for me, it occupies the same territory as Lord of the Flies and reminds me of a horrible tale in Robert Hughes' saga of the history of Australia, The Fatal Shore. In Moving On, a newly widowed woman finds herself incarcerated in an institution with others in the same position, and must work through the stages of grief before she can be released. In Flotsam, a woman keeps finding baby clothes in with her washing. Somebody's Baby a man hangs around a woman's house waiting to steal her newborn, and we wonder if she can keep her safe, especially as so many of her neighbours have lost children and are almost non-challent about it.

This is a deeply thought-provoking, highly entertaining collection which reminded me of some of George Saunder's short stories. I liked them better because the questions they pose seem more personal ....
Read more
One person found this helpful
Report abuse

Amazon Customer
5.0 out of 5 stars Hidden tenderness
Reviewed in the United Kingdom on 13 September 2020
Verified Purchase
Hidden in the horror and darkness of the stories is an understated tenderness, often found between the lines, that speaks to grief and the vulnerability of the human condition.
Read more
Report abuse

Merilyn Canet
4.0 out of 5 stars Four Stars
Reviewed in the United Kingdom on 29 September 2015
Verified Purchase
Some very bizarre stories which gave me lots to think about. Merilyn Canet
Read more
One person found this helpful
Report abuse

Sherry Cooper
5.0 out of 5 stars Stories that stick with you
Reviewed in the United States on 18 January 2020
Verified Purchase
Loved this collection. Each story was more thought provoking that the last. Take your current view of society norms and tilt them just slightly - or add a small spanner in the works. Dare I say, my perspective on how the world works has changed since reading this book. Get it!
Read more
2 people found this helpful
Report abuse
See all reviews
Back to top
Get to Know Us
Connect with Us
Make Money with Us
Let Us Help You
EnglishChoose a language for shopping.
© 1996-2021, Amazon.com, Inc. or its affiliates