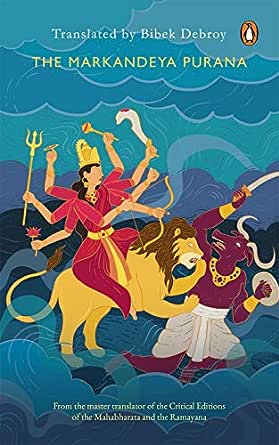 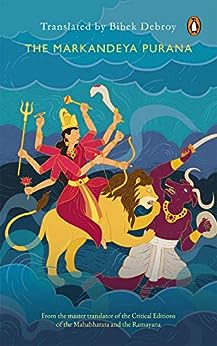 A marvellous amalgam of mythology and metaphysics, the Markandeya Purana unfolds as a series of conversations, in which the sage Markandeya is asked to answer some deeper questions raised by events in the Mahabharata. These illuminating exchanges evolve into a multi-faceted exploration of the core concepts of Hindu philosophy-from an excellent exposition of yoga and its unique attributes to a profound treatise on the worship of the goddess, the Devi Mahatmya, which also includes the popular devotional texts known as 'Chandi' or 'Durga Saptashati'.
Brimming with insight and told with clarity, this luminous text is also a celebration of a complex mythological universe populated with gods and mortals, and contains within its depths many nested tales like that of Queen Madalasa and her famous song.
Bibek Debroy's masterful translation draws out the subtleties of the Markandeya Purana, enabling a new generation of readers to savour its timeless riches.

Bibek Debroy is a renowned economist, scholar and translator. He has worked in universities, research institutes, industry and for the government. He has widely published books, papers and articles on economics. As a translator, he is best known for his magnificent rendition of the Mahabharata in ten volumes as well as the three-volume Valmiki Ramayana-both of which have been published to wide acclaim by Penguin Classics. He is also the author of Sarama and Her Children, which splices his interest in Hinduism with his love for dogs. Most recently, he translated the Bhagavata Purana for Penguin Classics.