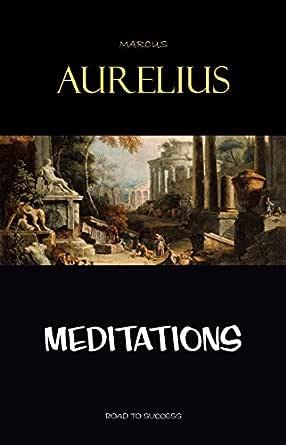 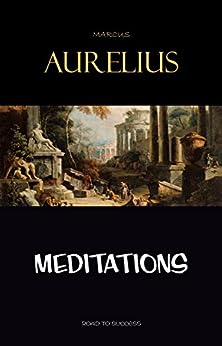 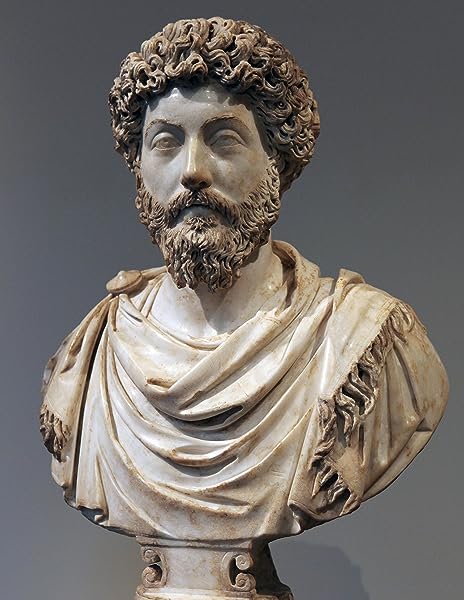 "Here, for our age, is [Marcus's] great work presented in its entirety, strongly introduced and freshly, elegantly translated." --Robert Fagles

"From the Trade Paperback edition.

The "Meditations," which he wrote in Greek, are among the most noteworthy expressions of this system, and exhibit it favorably on its practical side. The work is a series of twelve books that he intended for his own guidance and self-improvement, which picture with faithfulness the mind and character of this noblest of the Emperors. Simple in style and sincere in tone, they record for all time the height reached by pagan aspiration in its effort to solve the problem of conduct.
See all Product description

Shubham Sharma
5.0 out of 5 stars Long Term Compass
17 June 2019
Verified Purchase
"The things you think about determine the quality of your mind. Your soul takes on the colour of your thoughts."
You might have read/heard something like this somewhere but we never really pay attention to it and we continue to do what we always do.
"Meditations" by Marcus Aurelius is not a unique book, all the things written inside it are taken from daily life examples and the problems one faces in their entire lifetime.
After reading this book all you will realize that everything is around you yet you never pay attention towards it. In fact, this book is a collection of all the personal notes of the author to himself.
He created a philosophy which explores through some insights of real world which are inspiring but not unique.
This book can help a person as a morale compass for long term and as a source of short term motivation when needed.
Most importantly, "Meditations" is all about bringing in some practices in our daily life routine to help achieve what we desire most. It doesn't ask for much but few moments of solitude.
I can mention some Values defined in this book which can help one to live by:
-Humble, Simple, Accepting, Energetic, Persistent, Pragmatic, Having integrity, purposeful, Being an observer, Seizing the present, Forgiving, Rational etc.

Lastly, one method which can help you to simplify your life is by practicing one thing everyday in your life is meditation on paper: One should take at least 15 minutes of time to write on a piece of paper about all the problems he/she is facing, all the challenges or write whatever comes to your mind. The only thing is you cannot stop until the time runs out. When you write with your hand there's something behind it.

I hope this review helps you to learn something about your life.
"It never ceases to amaze me: we all love ourselves more than other people, but care more about their opinion than our own.”

Letmegotomymindpalace
5.0 out of 5 stars Roman philosophers are more realistic
30 April 2019
Verified Purchase
Meditation by Marcus Aurelius is a book one should read at least once in their life. Marcus is a Roman Philosopher who dabbled with the idea of stoicism. I have heard his name getting thrown around quite often. As for this book, it is a translation of the original book which was in Roman but honestly it is not much of a good translation because of plethora of grammatical errors. But since the content of the book is quite strong, one can easily get over that.
The book takes a reader through various life stages of the author, in quite a philosophical way. “Dwell on the beauty of life. Watch the stars, and see yourself running with them.” Marcus has written ancient wisdom is quite simpler terms and I have been attempting to read more about stoicism and this book is a must-read. The book’s narration is like that of a diary that Marcus has written for himself. Though when it is about philosophy, people give more importance to Greek philosophers but the Romans were more realistic and behaviouristic in their approach.
“Waste no more time arguing about what a good man should be. Be one”
His quotes say it all.
Read more
18 people found this helpful
Helpful
Comment Report abuse

shivendra sharma
2.0 out of 5 stars Poor content quality filled with errors and mistakes on every page!
28 August 2017
Verified Purchase
This is a printed version of the original ebook. And please, do not buy this; buy the ebook version instead if you can ignore the plethora of spelling and grammatical mistake spread on every page. And don't be fooled by the cover quality; also the print is nice but I couldn't believe how the author has written the content. 'Been' has been spelled as 'ben' in numerous cases while there are hundreds of such mistakes if you can count them of course! Please buy the penguin translation instead.
Read more
26 people found this helpful
Helpful
Comment Report abuse

Hayagreev
4.0 out of 5 stars Yet to read
22 August 2018
Verified Purchase
Bought this because of some suggestions in many blogs.

Seen some people complaining about print quality. I see it good. Also, some one complained about the spelling mistakes :). Note that the contents in this book are translations happened on 18th century. Old format (and style - larger sentences) of English is used. When you are familiar with those words (countable though), it would be easy read.
Read more
6 people found this helpful
Helpful
Comment Report abuse

Write Tome
2.0 out of 5 stars Simple thoughts with difficult to understand English
16 September 2018
Verified Purchase
Good thoughts but mostly aimed at Western audience. Indians who are into spirituality would do better to pick up IndiAn writings.

Amazon Customer
2.0 out of 5 stars Poor editing
17 June 2017
Verified Purchase
The quality of paper is good but the editing is very poor. The spaces are not taken care of. For eg: no temptation is notemptation.
I just started reading the book and already feel irritated with the poor editing of the book.
Read more
5 people found this helpful
Helpful
Comment Report abuse

BHUPENDRA MADHIWALLA
2.0 out of 5 stars Not as expected
1 July 2019
Verified Purchase
India is know for meditation and perhaps that's why I was expecting much more. Some things are new and good.
Read more
One person found this helpful
Helpful
Comment Report abuse
There are 51 customer reviews and 100 customer ratings.
See all 51 customer reviews
Write a product review

Go to Amazon.com to see all 46 reviews 3.6 out of 5 stars
click to open popover
Unlimited FREE fast delivery, video streaming & more
Prime members enjoy unlimited free, fast delivery on eligible items, video streaming, ad-free music, exclusive access to deals & more.
> Get started
Back to top
Get to Know Us
Connect with Us
Make Money with Us
Let Us Help You
EnglishChoose a language for shopping.
© 1996-2020, Amazon.com, Inc. or its affiliates