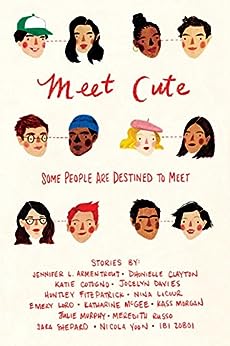 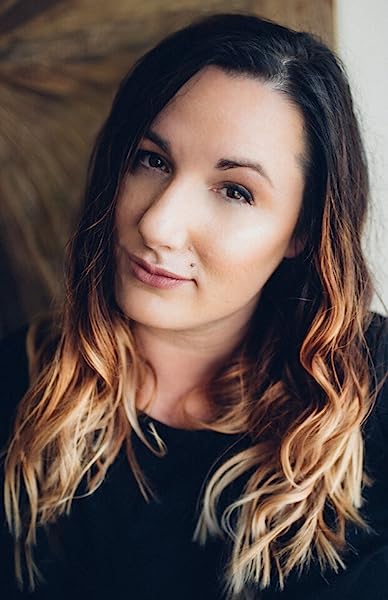 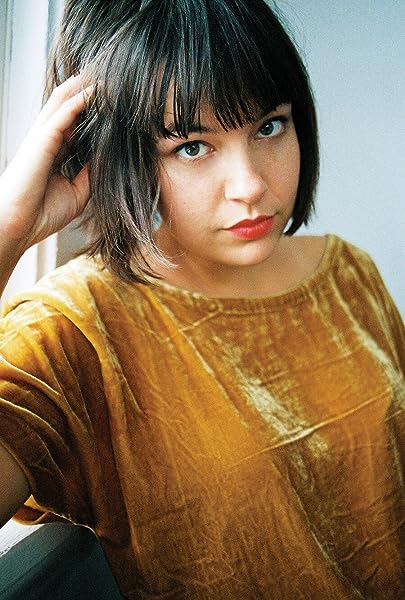 "...An enjoyable and diverse collection that never feels repetitive, despite the stories' shared thematic underpinnings... All 14 leave just enough magic and mystery to inspire readers to trust in a little bit of fate." --Publishers Weekly "The people and situations vary, but it all comes down to that effervescent moment of "hello" -- so essentially, it's like those Starburst bags that only contain the red and pink ones, but in book form." --EW.com "The collection is a welcome departure from strictly heterosexual romance, including cisgirl-meets-girl and transgirl-meets-girl connections in addition to girl-meets-boy scenarios... A collection that adds much-needed diversity to the existing teen-romance genre." --Kirkus "Ultimately a well-rounded, charming collection of love stories that any reader will be happy to meet." -- Booklist --This text refers to an out of print or unavailable edition of this title.

4.2 out of 5 stars
4.2 out of 5
100 global ratings
How are ratings calculated?
To calculate the overall star rating and percentage breakdown by star, we don’t use a simple average. Instead, our system considers things like how recent a review is and if the reviewer bought the item on Amazon. It also analyses reviews to verify trustworthiness.

Quirky Opinions
3.0 out of 5 stars Some good story, some not so good.
Reviewed in India on 14 January 2018
Meet Cute is an anthology of short stories. There are a total of fourteen stories, each is by a different author, and each following the theme of two people meeting for the first time. Hence the name “Meet Cute”. I’m going to review each story individually, but briefly because I don’t want the review to get too long. And also because while my memory works fine with novels, with fourteen short stories, it might fall short. Though I did take brief notes this time. I’m reviewing them in the order that they appear in the book.

1. Siege Etiquette by Katie Cotugno
Plot: Two people meet while hiding from the police during a house party.
Not the best start to the whole thing. The story was cliché, complete with two people from different cliques. Also, it used the dead-family-member cop-out so the character wouldn’t need to be given an actual personality. It felt like something I’d read many times before. Also, while the writing was okay enough, it for in second-person for no reason.
Rating: 2 Stars

2. Print Shop by Nina LaCour
Plot: Two girls meeting via a cranky customer service Tweet.
Even though I’ve only read one other story by Nina LaCour, I know she’s a good author. Her prose is beautiful and she excels at creating an almost tangible atmosphere. This story was cute, interesting, and introduced two likable characters you could care about. If I have one complaint, it’s that I wanted the tone to be a little lighter.
Rating: 4 Stars

3. Hourglass by Ibi Zoboi
Plot: A girl determined to get out of her small town.
While we need diversity in books, the presence of diversity is not going to make me like your story more. The writing here was okay at best, most of the story involved the protagonist complaining, there was little emotion and, worst of all, no meet cute. There was a (very short) meeting but it wasn’t cute. I could see zero connection between the characters. Also, typos.
Rating: 1.5 Stars

4. Click by Katharine McGee
Plot: First date via a futuristic dating app.
I loved the concept. An app that evaluates the compatibility of its subscribers by analyzing their online presence. And it was cute. But it also used the dead-family-member trope and the writing could some improvements. Still, I liked it.
Rating: 3 Stars

5. The Intern by Sara Shepard
Plot: A magazine intern meets a young rockstar.
The writing was fine-ish. The story was okay enough. And there were cute moments. But we have the third case of lets-kill-a-family-member-instead-of-developing-a-personality. I was pissed off. Also, the romance is insta-lovey and quite far-fetched.
Rating: 2.5 Stars

6. Somewhere That’s Green by Meredith Russo
Plot: A transgender female and a closet lesbian.
Personally, I don’t like what I’ve written as the ‘plot’. Their sexuality is not the plot. But the ‘closet’ part is important. And the ‘transgender’ part because she’s dealing with people objecting to her using the girl’s bathroom. It’s a good story and it’s sweet too. But the writing and flow could have definitely used some work. Also, there were parts I found somewhat insensitive.
Rating: 3 Stars

7. The Way We Love Here by Dhonielle Clayton
Plot: A speculative approach to pre-destined love
Loved the concept. The setting gave me Moana feels. The story gave us fate, but one that was rife with possibilities. It was a very hopeful story, and a fantasy one. I would love to know more about the world we’re briefly introduced to, giving the author the opportunity to take her time, because while I quite liked the story, it was trying to do too much in too little time.
Rating: 4.25 Stars

8. Oomph by Emery Lord
Plot: Two girls stuck in an airport.
This was probably my favourite of all the stories because it was exactly what I was looking for when I picked the book up. It’s lighthearted, it’s really cute, and it’s hopeful. Emery Lord’s written a fun story in which you can really see the two characters connecting. Loved it.
Rating: 5 Stars

9. The Dictionary of You and Me by Jennifer L. Armentrout
Plot: Love via missing library book.
The story I was most excited for, because almost everyone loved it. And I gotta say, it was great. The conversations between the two protagonists were funny and cute. The meet cute was also cute. I liked the story (though it was kinda predictable) and, of course, the writing was good. I’m just… I’m over the whole hottest-guy-in-the-entire-school thing.
Rating: 4 Stars

10. The Unlikely Likelihood of Falling in Love by Jocelyn Davies
Plot: A subway meet, but on two different trains. En route.
I didn’t like it, despite some cuteness. First it talks about love at first sight, which I very much dislike. Then we find out that the girl wondering if she’s fallen for a guy within literally 5 seconds, is supposed to be all about logic and stats. Yet she doesn’t get why love at first sight is stupid. But, objectively, my problems lie with the inconsistency with the female protagonist’s personality. Also, the author didn’t get her voice right.
Rating: 2.5 Stars

11. 256 Million Miles by Kass Morgan
Plot: Two applicants who want to go to Mars.
Really liked this one. I loved that I could tell, right off the bat, that the narrative was that of a guy. It was really good. I loved the protagonist and the story and I certainly want more, of him and the Mars plot. Only problem, it was a tiny bit rushed and, at one point, 24 hours went by like 10.
Rating: 4.5 Stars

12. Something Real by Julie Murphy
Plot: Twist on a reality dating show.
Another dead-family-member entry. But it wasn’t done badly so it almost doesn’t count. This was sweet and a good enough read about two people competing to win a date with a celebrity. I liked the story, only wish there was more chemistry to be seen between the main characters.
Rating: 3.75 Stars

13. Say Something by Huntley Fitzpatrick
Plot: A diner, a server and a customer.
I would’ve liked this one so much better if it didn’t take itself so seriously. The story wasn’t bad, but it seems to be trying to explain the meaning of life in one short story. Also, the second-person narrative really didn’t work. I wish that, when people use second person, they would give a reason for it. Otherwise, it’s just pointlessly inconvenient.
Rating: 2.5 Stars

14. The Department of Dead Love by Nicola Yoon
Plot: A futuristic take on break-ups.
A guy goes to the Department of Dead Love to get a do-over with his ex-girlfriend. And the thing is, while Nicola Yoon introduces the wonders of the future, she doesn’t really flesh them out. The hows and why and the flaws that make it real, they’re missing. As for the meet cute part, that was good. I really liked the story. Definitely put a smile on my face.
Rating: 4 Stars
Read more
One person found this helpful
Helpful
Report abuse

SF Rizvi
3.0 out of 5 stars Read it if: You are looking for a quick read
Reviewed in India on 6 February 2018
Meet Cute is a wonderful collection of stories. What's exciting about the book is how many voices and perspectives there are. The novel starts off really boring. The first two stories made me want to sleep. I almost left the book, but because I'd gotten it from NetGallery in exchange for a review I continued reading it. Eventually, the book picked up and the stories got better. Some stories were still silly but mostly they were fun and well written. I gave 3 stars to the book because it's a good light read, but takes patience to get through some of the stories.
Read more
2 people found this helpful
Helpful
Report abuse

clarylovesbooks
4.0 out of 5 stars super cute!
Reviewed in Italy on 20 May 2018
Verified Purchase
"Whether or not you believe in fate, luck, or love at first sight, every romance has to start somewhere. Meet Cute is an anthology of original short stories featuring tales of 'how they first met' from some of today's most popular YA authors."
.
.
RATINGS:

Overall i really liked this collection of short stories, especially the stories by Jennifer Armentrout and Huntley Fitzpatrick, and i wish there was more i could read of these characters!
Read more
Report abuse
Translate review to English

Juan Manuel Sarmiento
2.0 out of 5 stars Short MEH stories
Reviewed in Spain on 17 August 2018
Verified Purchase
All the stories are clichés and are unfinished, leaving the finale to the reader. Many of them are ridiculously short and in most of them nothing really happens.
Read more
Report abuse

5.0 out of 5 stars Recomendado
Reviewed in Mexico on 10 May 2020
Muy buen libro. Por otra parte llegó en perfecto estado.
Images in this review

Cat lady
5.0 out of 5 stars Cute
Reviewed in Canada on 20 October 2018
Verified Purchase
Cute book
Read more
Report abuse
See all reviews
Back to top
Get to Know Us
Connect with Us
Make Money with Us
Let Us Help You
EnglishChoose a language for shopping.
© 1996-2021, Amazon.com, Inc. or its affiliates