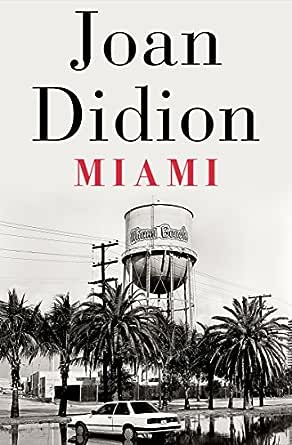 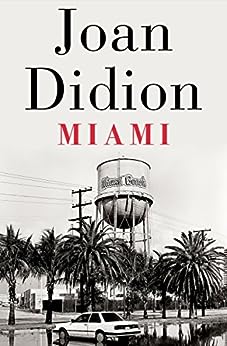 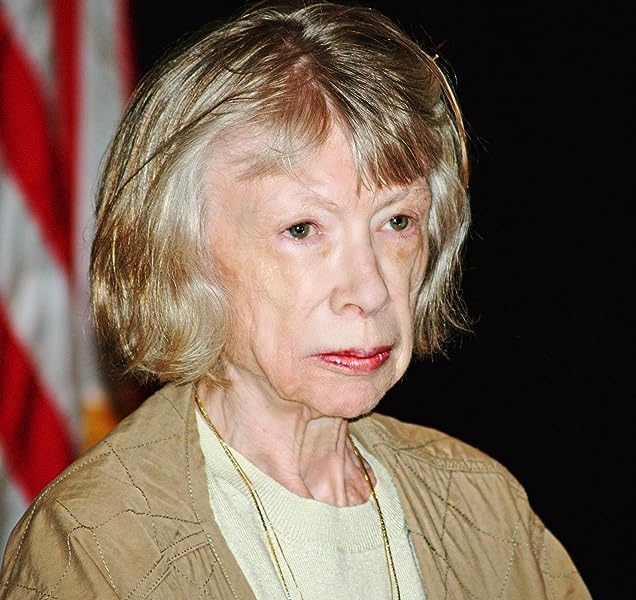 "Her prose is . . . finely tuned . . . . [Miami] turns much sunny light into a murky underwater darkness full of sharks and evil shadows." —The New York Times

"Didion's Miami is a kaleidoscope of impressions, and a litany of violence, intrigue, vengeance, political manipulation, and broken dreams." —Boston Globe


From the Trade Paperback edition. --This text refers to an out of print or unavailable edition of this title.

Miami is the American future – more Latin than North. In this volatile city, English is no longer the prevailing language or culture. Many of the inhabitants are loyal to another nation, regard themselves not as immigrants but as exiles, and nurse an abiding sense of having been betrayed by their host. As Miami and the nation's capital grow ever more distant, Didion documents an estrangement that is indicative of the corrosion now afflicting the famous melting pot…

"Joan Didion's Miami is at once an aggressively real city and a legendary domain to which Swift might well have posted Gulliver, or Voltaire Candide. In this book Didion the novelist and Didion the moralist work hand in hand to create a work that combines intense imaginative vision with extraordinary argumentative force. In her exact, rational and appalled portrayal, Miami is the price that America is paying for the corrupted language in which it conducts its political business."
JONATHAN RABAN, 'Observer'

"By the time one has finished this unflinching and acute book, ostensibly journalism but containing all the intrigue of a thriller, one is oneself on edge."
FRANCES SPALDING, 'TES'

"Her book may be seen by many as recording the defeat of the American system."
CAL McCRYSTAL, 'Sunday Times'

"I doubt I'll read prose any more beautiful than this in the next year… the writing and its message scorch like dry ice."
JOHN GILL, 'Time Out'

"Miami the place is, to Didion's mind, the most interesting city in the US. 'Miami' the book is, to my mind, nothing short of brilliant."
LOUISE BERNIKOW, 'Cosmopolitan'

"No one depicts place or passion or dislocation with more accuracy; no one can move us more deeply with the staccato repetition of the crazy facts of personal-political life than Joan Didion."
NEW STATESMAN

Joan Didion was born in California and lives in New York City. She is the author of five novels and seven previous books of nonfiction.


From the Trade Paperback edition. --This text refers to an out of print or unavailable edition of this title.

It is where Fidel Castro raised money to overthrow Batista and where two generations of Castro's enemies have raised armies to overthrow him, so far without success. It is where the bitter opera of Cuban exile intersects with the cynicism of U.S. foreign policy. It is a city whose skyrocketing murder rate is fueled by the cocaine trade, racial discontent, and an undeclared war on the island ninety miles to the south.

As Didion follows Miami's drift into a Third World capital, she also locates its position in the secret history of the Cold War, from the Bay of Pigs to the Reagan doctrine and from the Kennedy assassination to the Watergate break-in. Miami is not just a portrait of a city, but a masterly study of immigration and exile, passion, hypocrisy, and political violence.


From the Trade Paperback edition. --This text refers to an out of print or unavailable edition of this title.
Read more

4.1 out of 5 stars
4.1 out of 5
66 global ratings
How are ratings calculated?
To calculate the overall star rating and percentage breakdown by star, we don’t use a simple average. Instead, our system considers things like how recent a review is and if the reviewer bought the item on Amazon. It also analyses reviews to verify trustworthiness.

drjonty
4.0 out of 5 stars Cuban dreams
Reviewed in the United Kingdom on 28 January 2018
Verified Purchase
Didion writes with typical brilliance on the febrile Cuban exiles and their desperate politics of conspiracy and endless plotting. Sharp and fascinating.
Read more
Report abuse

Amazon Customer
2.0 out of 5 stars Interesting but unlike any other Joan Dideon book I have ever read Very much like a textbook Hard reading
Reviewed in Canada on 14 December 2017
Verified Purchase
Would not recommend unless you are a dedicated history buff .
Very interesting history of the relationship between Cubans and the American population in Miami

Harriet Boe
5.0 out of 5 stars Miami — Joan Didion
Reviewed in the United States on 23 May 2019
Verified Purchase
Against the backdrop of Miami’s declension caused by economic and political changes with the concomitant refugee immigration from Cuba after Castro’s rise to power, Didion writes a stunning and fascinating expose of self serving deceit on the part of the United States, the use of world issues, Central America, South American as pawns in a game of politics. Issues brought forth or put on a back burner to accommodate political advantage. I greatly respect, enjoy and appreciate Didion’s genius and highly recommend all her books.
Read more
2 people found this helpful
Report abuse
See all reviews
click to open popover
Unlimited FREE fast delivery, video streaming & more
Prime members enjoy unlimited free, fast delivery on eligible items, video streaming, ad-free music, exclusive access to deals & more.
> Get started
Back to top
Get to Know Us
Connect with Us
Make Money with Us
Let Us Help You
EnglishChoose a language for shopping.
© 1996-2021, Amazon.com, Inc. or its affiliates