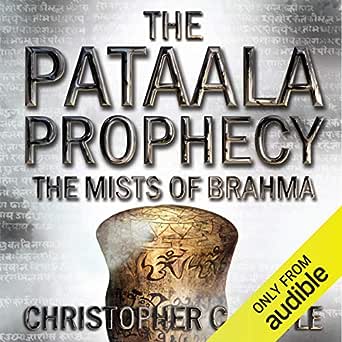 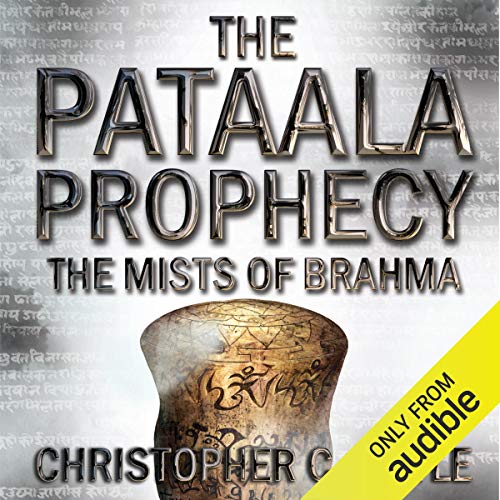 The Mists of Brahma: The Pataala Prophecy, Book 2

By completing your purchase you agree to Audible’s Conditions Of Use Amazon's Privacy Notice and if applicable Audible's Recurring Payment Terms.
Sold and delivered by Audible, an Amazon company
Share
6 people found this helpful
Helpful
Report abuse

Keshav Nair
4.0 out of 5 stars Completely Enamored
Reviewed in India on 1 April 2020
Verified Purchase
The adventure filled sequel to 'Son of Bhirgu' is one filled with emotions, suspense and twists. The book neatly starts off from its prequel and culminates in a cheerful climax. Throughout this book, author has very adequately walked us through the various phases in the training of the protagonists. But the real interesting part is when the journey to the mists of Brahma begins. From here on, the plot makes the reader fastened to their seats. The attempt to unfold the secrets at Maya's house, the subsequent crusade and interim anti climax was certainly a curl in the plot. However, the author has brilliantly scripted the final climax which brings in delight to the reader. The author has done immense research in Hindu Mythology and explained the science behind some of the spectacles. He has elaborated all the references at the end of the book, including chapters and verses. An exciting book for fantasy thriller lovers and eagerly waiting for the third part of this series.
Read more
Helpful
Report abuse

Subhodip Sanyal
5.0 out of 5 stars Adventurous and An Unputdownable Masterpiece!!
Reviewed in India on 16 October 2019
Verified Purchase
Just like the First Part (Son of Bhrigu) , it journeyed into a world of fictionals, in accordance to our mythology, where We, people can only imagine.
Loved it so much!! Totally an unputdownable ❤
Read more
3 people found this helpful
Helpful
Report abuse

Curatorofmemories
5.0 out of 5 stars Roller coaster of a plot
Reviewed in India on 30 October 2019
Verified Purchase
Christopher Doyles's writings take you on a roll as he tricks your emotions bringing his fictional world close to the reality of writings in various Parvas of Mahabharata. The moment you have begun to settle down and enjoy the ride is when he suddenly rocks your fantasy world with the sudden twists in the tale. The second book in The Pataala Prophecy Series, the novel takes off from the earlier novel and builds a cohesive narrative that is sure to lead to a great climax. Christopher's novels make you fall in love with Mahabharata and make you want to read the unabridged version. For me, the climax was almost an anti climax... I would have wanted Arjun to fight more bravely rather than meekly surrender. Other than that the novel was hell of a ride.....
Read more
Helpful
Report abuse

Swathi
4.0 out of 5 stars More mysteries
Reviewed in India on 22 November 2019
Verified Purchase
I started the book in the hope that it will reveal one more part of the prophecy but didn’t happen. Book was good but other than the growth of Arjun and Maya in their abilities it doesn’t give much answers and asks more questions. Curious about Maya’s and Vishwaraj’s birth and parents. Plot thickens!!!
Read more
One person found this helpful
Helpful
Report abuse
See all reviews
Unlimited FREE fast delivery, video streaming & more
Prime members enjoy unlimited free, fast delivery on eligible items, video streaming, ad-free music, exclusive access to deals & more.
> Get started
Back to top
Get to Know Us
Connect with Us
Make Money with Us
Let Us Help You
EnglishChoose a language for shopping.
© 1996-2021, Amazon.com, Inc. or its affiliates