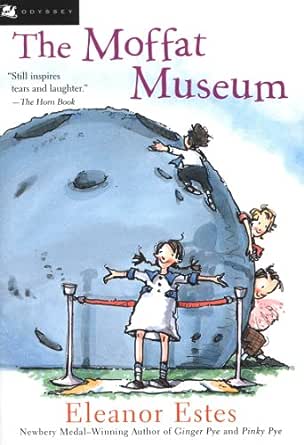 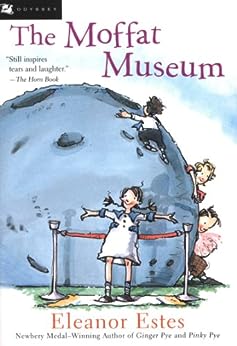 ELEANOR ESTES (1906-1988), a children's librarian for many years, launched her writing career with the publication of The Moffats in 1941. Two of her books about the Moffats are Newbery Honor Books, as is The Hundred Dresses. She won the Newbery Medal for Ginger Pye in 1952.
--This text refers to an alternate kindle_edition edition.

4.7 out of 5 stars
4.7 out of 5
22 global ratings
How are ratings calculated?
To calculate the overall star rating and percentage breakdown by star, we don’t use a simple average. Instead, our system considers things like how recent a review is and if the reviewer bought the item on Amazon. It also analyses reviews to verify trustworthiness.

John D. Cofield
5.0 out of 5 stars A Breath Of Air From A Simpler Time
Reviewed in the United States on 31 May 2014
Verified Purchase
Recently I rediscovered my old paperback copies of Eleanor Estes' Moffat books. I read them first way back in the 1960s in elementary school and really enjoyed them, and it's nice to pick them up again and reread them with adult eyes.

The Moffat Museum was written many years after the first three Moffat books, and so inevitably there is a difference in tone here and there. But even so it's always a delight to read about the adventures of Sylvie, Joey, Jane, and especially Rufus Moffat. They live with their widowed mother in a small house on Ashbellows Place in Cranbury, Connecticut. It's just after World War I, and money is tight. Their mother sews to earn money, and Sylvie and especially Joe work a variety of jobs to contribute their share, but this doesn't stop the fun. Jane and Rufus are once again the main characters. This time they've decided to set up a Moffat Museum, and they collect a variety of unusual and sometimes bizarre objects for it. Eventually many other people get involved, and the Museum becomes an unlikely success.

Since the Moffats are getting older there are some big changes in this book. Sylvie gets married and Joey goes away to school. Both Jane and Rufus are learning more about the world Like its predecessors The Moffat Museum is a series of independent though interconnected plotlines, told with gentle humor and simple, appealing, language.

Jam32
5.0 out of 5 stars One of our family favorites
Reviewed in the United States on 23 October 2018
Verified Purchase
Creative, heartwarming read! We love this family and are emotionally attached to each one one them. A perfect book to round out the series and give us closure. Beautifully written! Estes understands the evolution of a family as life progresses- sweet in every way. We love the continual tidbits of history included in this series- a great conversation starter.
Read more
One person found this helpful
Report abuse

Richard N. Genter
5.0 out of 5 stars We Love the Moffats Adventures
Reviewed in the United States on 3 January 2021
Verified Purchase
My daughter and I read a copy of this book from the library, and my son, who has read the rest of the series, is excited to have his own copy. We love all the stories about these creative children who lived in a time and place when children could be more free. His copy arrived quickly and is in new condition.
Read more
Report abuse
See all reviews
Back to top
Get to Know Us
Connect with Us
Make Money with Us
Let Us Help You
EnglishChoose a language for shopping.
© 1996-2021, Amazon.com, Inc. or its affiliates