<![endif]--> Skip to main content
The Monk Who Sold His Ferrari and over 2 million other books are available for Amazon Kindle . Learn more
Share 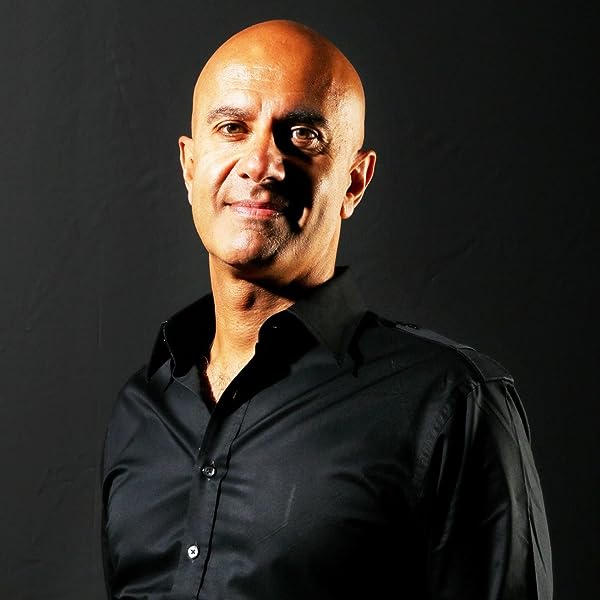 The Monk Who Sold His Ferrari: A Spiritual Fable About Fulfilling Your Dreams & Reaching Your Destiny Audio CD – Audiobook, MP3 Audio, Unabridged

Start reading The Monk Who Sold His Ferrari on your Kindle in under a minute.

Diksha Suman (@beingsheblog)
5.0 out of 5 stars Read this book if you are into your Dreams completely.
28 July 2018
Format: PaperbackVerified Purchase
The book revolves around Julian mantle, a successful lawyer deep down an unhappy, confused, stressed person filled with pain who suffered a heart attack while he was arguing the Air Atlantic case and after he got discharged from the hospital he suddenly disappeared. His friend John who was also a lawyer went to meet him many times but Julian never met him and after few years someone was there to meet John “a mysterious visitor” who was no one other than Julian mantle with a miraculous transformation and from there started the story of Julian mantle’s transformation which includes “His visit to India, meeting Yogi krishnan who had given him the direction to find the sages, then comes his meeting with Yogi raman (leader of the sages of sivana and his mentor) and from here starts the wisdom of personal change through a small story which has thousands of lessons in it.
Well, you will find a story in this book which is building block of our life, you will be mesmerised reading that. It is one of the main story which was told by Yogi raman to Julian while he was there in sivana learning and growing and this story is the masterpiece of this book. Actually, the book is all about that particular story so I won’t tell much.
And John here in the book plays the character who listens to Julian narrating and asks him questions about the journey and about what he learns from the voyage. And that will be more clear to you when you will read this book.
It has 13 Chapters starting with “The wake up call, The mysterious visitor, The miraculous transformation of Julian Mantle, A magical meeting with the sages of sivana, A spiritual student of the sages, The wisdom of personal change, A most Extraordinary garden, Kindling your inner fire, The ancient art of Self-leadership, The power of discipline, Your most precious commodity, The ultimate purpose of life, The timeless secret of lifelong happiness.
All these chapters are so beautifully penned down that while reading I felt that Julian is narrating his journey, sitting right in front of me.
This book has everything which will make you inspired to fulfil all your dreams.

Dimpy
5.0 out of 5 stars ✔️
20 September 2018
Format: PaperbackVerified Purchase
"The mind is a wonderful servant but a terrible master. Control it before it controls you."
So my self-help journey started with this one. This was the first book of Robin Sharma I read and after this I have read many more books written by him. He is just brilliant.
This book has helped me a lot in improving the quality of my life. You know what, you may not be feeling it right now but having control over your mind is the best thing that can ever happen to you, there will be nothing that can hinder your progress in any way and you'll feel yourself in a state of eternal bliss.
I read it 2 years ago and still all the concepts and techniques are fresh in my mind.
This book is magical in its own way. 💫

Amazon Customer
5.0 out of 5 stars Loved it
29 December 2017
Format: PaperbackVerified Purchase
Such a nice write up and such inspiring story. You could read the book a 100 times over and still feel reading it for the first time.
There's this energy that you get everytime you read the book.

I would recommend it to everyone but esp to someone struggling with something, it really is inspiring and helpful
Read more
51 people found this helpful
Helpful
Comment Report abuse

Sravani
3.0 out of 5 stars Honest review
1 December 2018
Format: PaperbackVerified Purchase
Compared to this "The Alchemist " book was super good. The Alchemist book narration is like a story and you will get more intrest.
But " the monk who sold is Ferrari " Is like a preaching to me. Every line you have to mark. And after some time I feel some bore. But so many people like this. But to me "Alchemist" is best as compared to this one.
Read more
13 people found this helpful
Helpful
Comment Report abuse

Bhuvanashree Manjunath
5.0 out of 5 stars Must read!!!
11 March 2019
Format: PaperbackVerified Purchase
I’ve always wondered what this book is about.
Firstly, the title is catchy and I always love reading Robin Sharma books because they are sources of enlightenment.
The Monk Who Sold His Ferrari is all about fulfilling your dreams & reaching your destiny and it’s one that will certainly make you give some thought to your life, your goals, your dreams and how your daily habits help you reach those dreams.

The book revolves around Julian mantle, a successful lawyer deep down an unhappy, confused, stressed person filled with pain who suffered a heart attack while he was arguing the Air Atlantic case and after he got discharged from the hospital he suddenly disappeared.
Actually, the book is all about that particular story so I won’t tell much.
All these chapters are so beautifully penned down. It is truly a life changer,trust me you really experience a change after you complete the book.This book has everything which will make you inspired to fulfill all your dreams. I highly recommend you to grab your copies and read it at earliest.Its a must read.
Read more

Go to Amazon.com to see all 673 reviews 4.3 out of 5 stars
Unlimited FREE fast delivery, video streaming & more
Prime members enjoy unlimited free, fast delivery on eligible items, video streaming, ad-free music, exclusive access to deals & more.
> Get started
Back to top
Get to Know Us
Connect with Us
Make Money with Us
Let Us Help You
EnglishChoose a language for shopping.
© 1996-2020, Amazon.com, Inc. or its affiliates