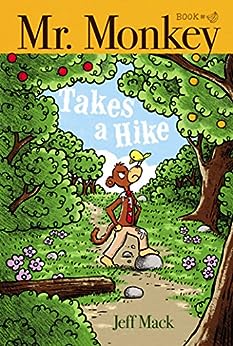 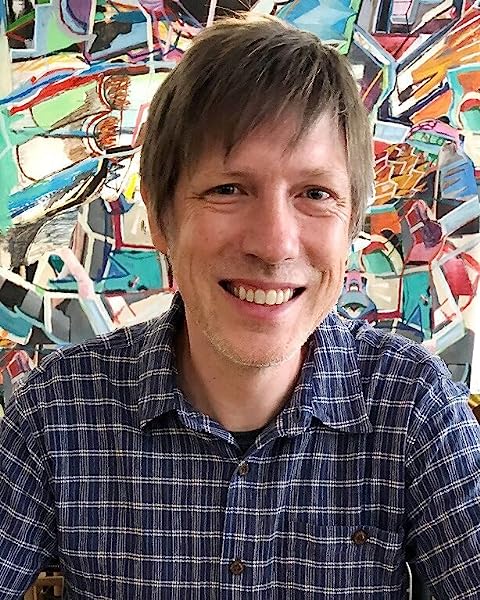 He wants to beat the ultimate level!

But now he must go outside and find his stolen controller.

Jeff Mack has written and illustrated a long list of award-winning picture books, chapter books, and early readers, including the Clueless McGee series; the Mr. Monkey series; Good News, Bad News; Hush Little Polar Bear; Duck in the Fridge; and Look!. He lives, works, and sometimes monkeys around in Western Massachusetts. Visit him at JeffMack.com. --This text refers to the hardcover edition.

Jeff Mack has written and illustrated a long list of award-winning picture books, chapter books, and early readers, including the Clueless McGee series, the Mr. Monkey series, Good News Bad News, Hush Little Polar Bear, Duck in the Fridge, and Look!. He lives, works, and sometimes monkeys around in Western Massachusetts. Visit him at JeffMack.com. --This text refers to an alternate kindle_edition edition.

4.9 out of 5 stars
4.9 out of 5
34 global ratings
How are ratings calculated?
To calculate the overall star rating and percentage breakdown by star, we don’t use a simple average. Instead, our system considers things like how recent a review is and if the reviewer bought the item on Amazon. It also analyses reviews to verify trustworthiness.
Top reviews

amer
5.0 out of 5 stars Funny, engaging and a fantastic message!
Reviewed in the United States on 4 April 2019
Verified Purchase
Rated 1,000 🌟s by my 5 year old “because it’s funny how the monkey tries so many times to get the controller but he can’t because of the bird!” Mr. Monkey begins this funny adventure by playing a video game but while he runs, climbs, swings, ducks, jumps and falls he still can’t beat the hardest level because a baby bird gets in his way! Back in reality, a real bird steals Mr. Monkey’s controller and life imitates the game as he tries to get the controller back; he runs, climbs, swings, ducks, jumps and falls along the journey. He encounters a mama bird and an angry moose who add to his challenge! No spoiler here; you’ll have to read to find out if he ever retrieved the controller. We loved how persistent and dedicated Mr. Monkey is throughout the story and I have already used him as an example when my little guys say they can’t! The talking bubbles were read by my 5 year old and it’s a great way to get early readers participating in reading in a low stress way. You’ll for sure hear some giggling while reading this one! It came out yesterday so grab it from your favorite bookstore or library (and if you haven’t read the first two in the series feel free to pick those up too because they are just as silly).
Read more
2 people found this helpful
Report abuse

dsvets
5.0 out of 5 stars My Monkey is happy!
Reviewed in the United States on 26 February 2021
Verified Purchase
My 6 year old grandson is our little monkey and he absolutely adores this book. He read it to several family members over the phone.
Read more
One person found this helpful
Report abuse

Julie
5.0 out of 5 stars Funny, modern, sweet
Reviewed in the United States on 6 May 2021
Verified Purchase
Super fun, this whole Mr. Monkey series is so cute! My daughter loves reading them and delights in the illustrations!!
Read more
Report abuse
See all reviews

Jeff Mack is the creator of more than 40 picture books, chapter books, and early readers including Hush Little Polar Bear, Duck in the Fridge, and the Clueless McGee series. He has also illustrated award winning picture books and chapter books such as Eve Bunting’s Hurry! Hurry! and James Howe’s Bunnicula and Friends.

Originally from Syracuse, NY, he grew up fascinated by monsters and robots. He built his own pinball machines from cardboard boxes, and spent hour upon hour practicing his drawing. In the second grade, he started writing and illustrating his own comic books, and he's been doing it ever since.

Now at home in Western Massachusetts, he continues to write, paint, and visit with school groups to talk about his love of books and illustration. Visit him at www.jeffmack.com.