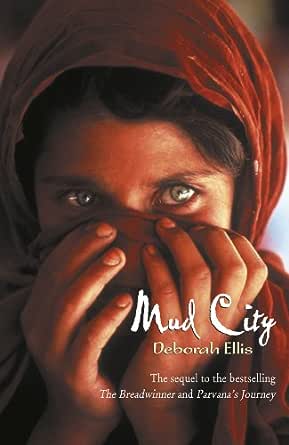 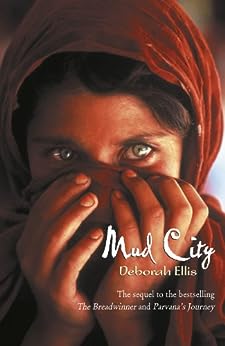 Gr. 4-7. In the third book in the Breadwinner Trilogy, orphan Afghan refugee Shauzia leaves the rough Pakistan border camp and joins other homeless children on the streets of the city of Peshawar. Her dream, left from the time before the Taliban when she was still at school, is to reach the ocean and a place called France. Instead, disguised as a boy, she must beg and scrounge for food and find odd jobs. In the end, she returns to the refugee camp and to the tough camp leader, Mrs. Weera, whom Shauzia thought she hated. The story is strong on message, and in a final note, Ellis fills in the recent history about Afghanistan, the Taliban's restrictions on women, and the millions of new, desperate refugees. Middle-school readers will be caught up in the cause and in the elemental survival adventure, especially because Shauzia is no sweet waif; she's mean, insolent, and rebellious. Her struggle with the rough Mrs. Weera reveals that they are both strong and brave. Royalties from the book go to help homeless kids. Hazel Rochman
Copyright © American Library Association. All rights reserved --This text refers to an alternate kindle_edition edition.

Deborah Ellis is best known for her Breadwinner Trilogy set in Afghanistan and Pakistan - a series that has been published in twenty - five languages, with more than one million dollars in royalties donated to Canadian Women for Women in Afghanistan and Street Kids International. She has won the Governor General's Award, the Ruth Schwartz Award, the University of California's Middle East Book Award, Sweden's Peter Pan Prize, the Jane Addams Children's Book Award and the Vicky Metcalf Award for a Body of Work. She recently received the Ontario Library Association's President's Award for Exceptional Achievement, and she has been named to the Order of Ontario. Deborah lives in Simcoe, Ontario. --This text refers to an alternate kindle_edition edition.

The third book in the bestselling Breadwinner trilogy --This text refers to an alternate kindle_edition edition.

'I was gripped by this series and couldn't drag myself away from it. Ellis beautifully captures childhood in war-torn Afghanistan and Pakistan. The stories are very moving.' (Malala Yousafzai) --This text refers to an alternate kindle_edition edition.
Read more

4.7 out of 5 stars
4.7 out of 5
125 global ratings
How are ratings calculated?
To calculate the overall star rating and percentage breakdown by star, we don’t use a simple average. Instead, our system considers things like how recent a review is and if the reviewer bought the item on Amazon. It also analyses reviews to verify trustworthiness.

SAIRAJ
5.0 out of 5 stars Brilliant read
Reviewed in India on 19 June 2020
Verified Purchase
Shauzia’s struggles in Peshawar and her determination to reach France evokes compassion for the hundreds of refugees . Can’t wait to read “My name is Parvana”
Read more
Helpful
Report abuse

Emily H.
4.0 out of 5 stars Another great book in the Parvana series
Reviewed in the United Kingdom on 9 August 2017
Verified Purchase
Perfect for a 12-year-old.

The language includes some Americanisms that a British reader might find annoying, for example, diaper.

Stephen Reid
5.0 out of 5 stars Mud City
Reviewed in the United Kingdom on 17 April 2014
Verified Purchase
I don't have much to say about this book. I enjoyed the story itself a whole lot, but I found the ending somewhat disappointing. It's a great read and I recommend it to anyone who enjoyed reading, the breadwinner, Parvana`s Journey and My name is Parvana.
Read more
Report abuse

Michele H
3.0 out of 5 stars Three Stars
Reviewed in the United Kingdom on 25 February 2015
Verified Purchase
I thought this the weakest of the books about Afghanistan by Deborah Ellis.
Read more
Report abuse

jackie
5.0 out of 5 stars great book
Reviewed in the United Kingdom on 20 December 2013
Verified Purchase
i bought this book for my grandson as he was reading it in english at school.i read it myself and even though it was written for children i found it very interesting
Read more
Report abuse

Frances Walshaw
4.0 out of 5 stars Four Stars
Reviewed in the United Kingdom on 17 December 2014
Verified Purchase
Well written and accessible for school students.
Read more
Report abuse
See all reviews
Back to top
Get to Know Us
Connect with Us
Make Money with Us
Let Us Help You
EnglishChoose a language for shopping.
© 1996-2021, Amazon.com, Inc. or its affiliates