Add to Cart
₹ 291.00
& FREE Delivery on eligible orders. Details
Sold by: Repro Books-On-Demand
Have one to sell?
Sell on Amazon 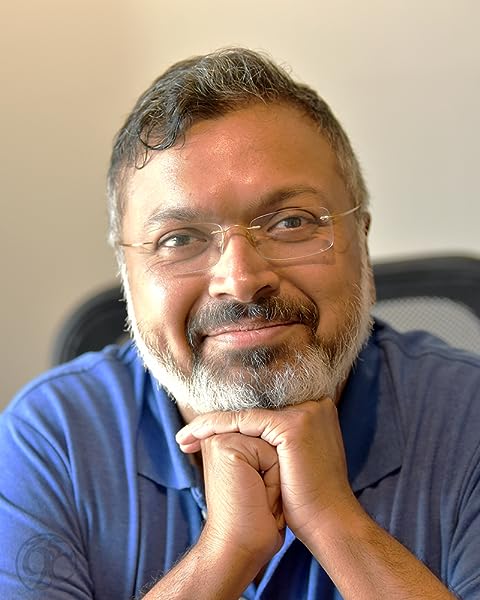 It will definitely blow your mind. The Gita, in a most simple form, for any person who wants to think in a intellectual way. The explanation he gives for the name - 'My Gita' is top notch. As I already like The Gita very much, I'm just loving Devdutt's version of it too. --By Supratheesh on 17 November 2015

As it is said that "Bhagavat Gita is the milk of Vedas" I say "My Gita is the Milk Shake" made by Dr.Devdutt, to the our generation. His hardwork in unravelling the wisdom is highly appreciable. --By Customer on 28 November 2015

Devdutt Pattanaik writes and lectures on the relevance of mythology in modern times. He has written over 500 articles in newspapers, and thirty books, which include Jaya: An Illustrated Retelling of the Mahabharata, Sita: An Illustrated Retelling of the Ramayana, 7 Secrets of Hindu Calendar Art, 7 Secrets of Shiva, 7 Secrets of Vishnu, 7 Secrets of the Goddess, The Book of Ram, 99 Thoughts on Ganesha, Shikhandi and Other Tales They Don’t Tell You and Myth=Mithya: Decoding Hindu Mythology. He lives in Mumbai. For more information on Devdutt and his books, visit devdutt.com

The Bhagavad Gita, or The Gita as it is popularly known, is part of the epic Mahabharata.

The epic describes the war between the Pandavas and the Kauravas on the battlefield of Kuru-kshetra. The Gita is the discourse given by Krishna to Arjuna just before the war is about to begin. Krishna is identified as God (bhagavan). His words contain the essence of Vedic wisdom, the keystone of Hinduism.

Ramkrishna Paramhansa, the nineteenth-century Bengali mystic, said that the essence of The Gita can be deciphered simply by reversing the syllables that constitute Gita. So Gita, or gi-ta, becomes ta-gi, or tyagi, which means 'one who lets go of possessions.'

Given that, it is ironical that I call this book ‘My Gita’. I use the possessive pronoun for three reasons.

Reason 1: My Gita is thematic

The Gita demonstrates many modern techniques of communication. First, Arjuna’s problem is presented (Chapter 1), and then Krishna’s solution (chapters 2 to 18) is offered. Krishna begins by telling Arjuna what he will reveal (Chapter 2); he then elaborates on what he promised to tell (chapters 3 to 17); and finally, he repeats what he has told (Chapter 18). Krishna’s solution involves analysis (sankhya) and synthesis (yoga)—slicing the whole into parts and then binding the parts into a whole. The solution itself is comprehensive, involving the behavioural (karma yoga), the emotional (bhakti yoga) and the intellectual (gyana yoga). However, no one reads The Gita as a book, or hears every verse in a single sitting.

Traditionally, a guru would only elaborate on a particular verse or a set of verses or a chapter of The Gita at a time. It is only in modern times, with a printed book in hand, that we want to read The Gita cover to cover, chapter by chapter, verse to verse, and hope to work our way through to a climax of resolutions in one go. When we attempt to do so, we are disappointed.

For, unlike modern writing, The Gita is not linear: some ideas are scattered over several chapters, many ideas are constantly repeated, and still others presuppose knowledge of concepts found elsewhere, in earlier Vedic and Upanishadic texts. In fact, The Gita specifically refers to the Brahma sutras (Chapter 13, Verse 5), also known as Vedanta sutras, said to have been composed by one Badarayana, sometimes identified with Vyasa.

Further, at places, the same words are used in different verses to convey different meanings, and at other instances, different words are used to convey the same idea. For example, sometimes the word ‘atma’ means mind and sometimes soul; at other times other words like dehi, brahmana and purusha are used for soul instead of atma. This can be rather disorienting to a casual reader, and open to multiple interpretations. So My Gita departs from the traditional presentation of The Gita—sequential verse-by-verse translations followed by commentary. Instead, My Gita is arranged thematically. The sequence of themes broadly follows the sequence in The Gita. Each theme is explained using several verses across multiple chapters. The verses are paraphrased, not translated or transliterated. These paraphrased verses make better sense when juxtaposed with Vedic, Upanishadic and Buddhist lore that preceded The Gita and

stories from the Mahabharata, the Ramayana and the Puranas that followed it. Understanding deepens further when the Hindu worldview is contrasted with other worldviews and placed in a historical context. For those seeking the standard literal and linear approach, there is a recommended reading list at the end of the book.

Reason 2: My Gita is subjective

We never actually hear what Krishna told Arjuna. We simply overhear what Sanjaya transmitted faithfully to the blind king Dhritarashtra in the comforts of the palace, having witnessed all that occurred on the distant battlefield, thanks to his telepathic sight. The Gita we overhear is essentially that which is narrated by a man with no authority but infinite sight (Sanjaya) to a man with no sight but full authority (Dhritarashtra). This peculiar structure of the narrative draws attention to the vast gap between what is told (gyana) and what is heard (vi-gyana).

Krishna and Sanjaya may speak exactly the same words, but while Krishna knows what he is talking about, Sanjaya does not. Krishna is the source, while Sanjaya is merely a transmitter. Likewise, what Sanjaya hears is different from what Arjuna hears and what Dhritarashtra hears. Sanjaya hears the words, but does not bother with the meaning. Arjuna is a seeker and so he decodes what he hears to find a solution to his problem. Dhritarashtra is not interested in what Krishna has to say. While Arjuna asks many questions and clarifications, ensuring the ‘discourse’ is a ‘conversation’, Dhritarashtra remains silent throughout. In fact, Dhritarashtra is fearful of Krishna who is fighting against his children, the Kauravas. So he judges Krishna’s words, accepting what serves him, dismissing what does not.

I am not the source of The Gita. But I do not want to be merely its transmitter, like Sanjaya. I want to understand, like Arjuna, though I have no problem I want to solve, neither do I stand on the brink of any battle. But it has been said that the Vedic wisdom presented by Krishna is applicable to all contexts, not just Arjuna’s. So I have spent months hearing The Gita in the original Sanskrit to appreciate its musicality; reading multiple commentaries, retellings and translations; mapping the patterns that emerge from it with patterns found in Hindu mythology; and comparing and contrasting these patterns with those found in Buddhist, Greek and Abrahamic mythologies. This book contains my understanding of The Gita, my subjective truth: my Gita. You can approach this book as Arjuna, with curiosity, or as Dhritarashtra, with suspicion and judgement. What you take away will be your subjective truth: your Gita.

The quest for objective truth (what did Krishna actually say?) invariably results in vi-vaad, argument, where you try to prove that your truth is the truth and I try to prove that my truth is the truth. The quest for subjective truth (how does The Gita make sense to me?) results in sam-vaad, where you and I seek to appreciate each other’s viewpoints and expand our respective truths. It allows everyone to discover The Gita at his or her own pace, on his or her own terms, by listening to the various Gitas around them.

Objectivity is obsessed with exactness and tends to be rather intolerant of deviation, almost like the jealous God of monotheistic mythologies. But meanings change over time, with the personality of the reader, and with context. Subjectivity challenges the assumption that ideas are fixed and can be controlled; it celebrates the fluid. Modern global discourse tends to look at truth qualitatively: it is either true or false. That which is objective is scientific and true. That which is subjective is mythic and false. Hindu thought, however, looks at truth quantitatively: everyone has access to a slice (bhaga); the one who sees all slices of truth is bhaga-van. Limited truth is mithya. Limitless truth is satya. Satya is about including everything and being whole (purnam).

The journey towards limitless truth expands our mind

(brahmana). The Gita itself values subjectivity: after concluding his counsel, Krishna tells Arjuna to reflect on what has been said, and then do as he feels (yatha-ichasi-tatha-kuru). Even Sanjaya, after giving his view on what Krishna’s discourse potentially offers, concludes The Gita with the phrase ‘in my opinion’ (mati-mama).

Reason 3: My Gita is not obsessed with the self

Traditionally, The Gita has been presented as a text that focusses on self-realization (atma-gyana). This suits the hermit who isolates himself from society. This is not surprising, since most early commen tators and retellers of The Gita, such as Shankara, Ramanuja, Madhwa and Dyaneshwara, chose not to be householders. The original Buddhist monastic order may not have survived in India, but it did play a key role in the rise and dominance of the Hindu monastic order. The monastic approach willy-nilly appeals to the modern individualist, who also seeks self-exploration, self-examination, self-actualization and, of course, selfies.

Get your copy to immerse yourself in this great text….