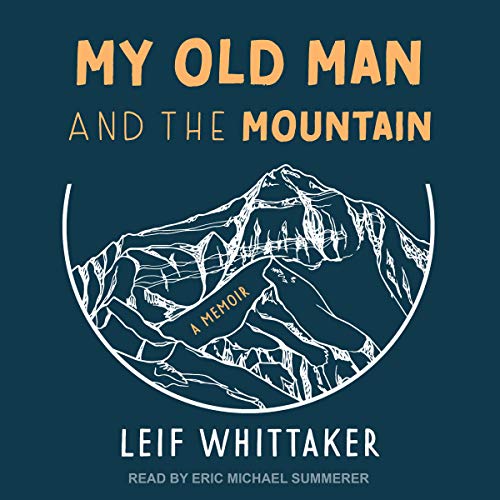 My Old Man and the Mountain: A Memoir

My Old Man and the Mountain is Leif Whittaker's engaging and humorous story of what it was like to "grow up Whittaker" - the youngest son of Jim Whittaker and Dianne Roberts, in an extended family of accomplished climbers. He shares glimpses of his upbringing and how the pressure to climb started early on. Listeners learn of his first adventures with family in the Olympic Mountains and on Mount Rainier; his close yet at times competitive relationship with his brother Joss; his battle with a serious back injury; and his efforts to stand apart from his father's legacy.

With wry honesty he depicts being a recent college grad, still living in his parents' home and trying to find a purpose in life-digging ditches, building houses, selling t-shirts to tourists - until a chance encounter leads to the opportunity to climb Everest, just like his father did.

Read more
©2016 Leif Whittaker (P)2020 Tantor
Previous page
Next page
By completing your purchase you agree to Audible’s Conditions Of Use Amazon's Privacy Notice.
Sold and delivered by Audible, an Amazon company

4.9 out of 5 stars
4.9 out of 5
47 global ratings
How are ratings calculated?
To calculate the overall star rating and percentage breakdown by star, we don’t use a simple average. Instead, our system considers things like how recent a review is and if the reviewer bought the item on Amazon. It also analyses reviews to verify trustworthiness.
Top reviews

Canada Travel Junkie
5.0 out of 5 stars A wonderful read!
Reviewed in Canada on 4 July 2020
Verified Purchase
Having followed the senior Whittakers for years, I found it a real treat to read Leif's story. The book is well written and entertaining.
Read more
Report abuse

Nomdeploom
5.0 out of 5 stars A climber who can write! Excellent read.
Reviewed in the United States on 10 June 2020
Verified Purchase
I really enjoyed this book. It helps that I've been a climber for over 50 years, including organizing and leading high-altitude expeditions. However, the book is so well written, and is such a good story coming from the perspective of one of Jim Whitaker's sons, that I can recommend it to anyone who enjoys an armchair adventure. I will probably keep this in my library to read again. I can't say that for many books.
Read more
Report abuse

Painter
5.0 out of 5 stars Scary Mountain, Loving Memoir
Reviewed in the United States on 17 November 2016
Verified Purchase
I read mountain climbing books the way others read horror stories, to scare my pants off. I am not a climber and only a hiker of easy trails but I love this book. It did the job of scaring me but it also was a loving memoir and tribute from a son to his larger than life father. I have read other mountain climbing books, some with more drama, but I particularly love the way Leif juxtaposes his father's historic 1963 climb with the present day climb.
Read more
3 people found this helpful
Report abuse

Scandia Woman
5.0 out of 5 stars I climbed with them
Reviewed in the United States on 25 March 2018
Verified Purchase
I was sucked into this gripping story from page 1 and never let go. Leif is able to paint a crystal picture of his experience - the raging weather challenges, the sheer terror of the climb, the horror stepping over and around dead comrades, the glory of the accomplishment. An amazing story I was unable to put down. I've never climbed nor had any desire to, but I admire those with the patience, persistence and tenacity who do. Great read.
Read more
Report abuse

Joy
5.0 out of 5 stars Honestly
Reviewed in the United States on 16 April 2017
Verified Purchase
I loved the honesty in this incredibly well written book. It's evocative content takes the reader on an adventure from the perspective of a highly likable guy who is just plain open about how he feels. After reading you almost feel as if Leif is a buddy you've known for years. I know I'm thankful he's alive and able to have shared his and his family's story with me.
Read more
2 people found this helpful
Report abuse
See all reviews