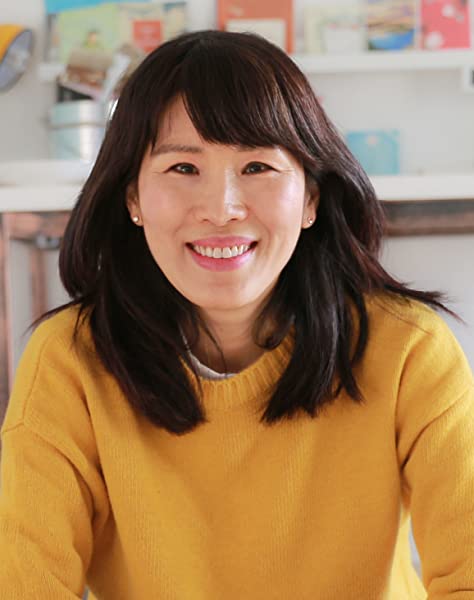 Keep the item in its original condition and packaging along with MRP tag and accessories for a successful pickup.
Read full replacement policy
Read full returns policy
Amazon Delivered
Amazon directly manages delivery for this product. Order delivery tracking to your doorstep is available.
No-Contact Delivery

A heartwarming story about the new girl in school, and how she learns to appreciate her Korean name. Being the new kid in school is hard enough, but what happens when nobody can pronounce your name? Having just moved from Korea, Unhei is anxious about fitting in. So instead of introducing herself on the first day of school, she decides to choose an American name from a glass jar. But while Unhei thinks of being a Suzy, Laura, or Amanda, nothing feels right. With the help of a new friend, Unhei will learn that the best name is her own. From acclaimed creator Yangsook Choi comes the bestselling classic about finding the courage to be yourself and being proud of your background.
Read more
Previous page
Next page

Yangsook Choi grew up in Seoul, Korea. She has written and illustrated several books for young readers, including The Sun Girl and the Moon Boy and Good-bye, 382 Shin Dang Dong by Frances Park and Ginger Park. The first book she illustrated, Nim and the War Effort by Milly Lee, was an ALA Notable Book and an IRA–CBC Children’s Book Award Winner.
Tell the Publisher!
I'd like to read this book on Kindle

Yangsook Choi grew up in Korea. She started drawing at age 4 and loved telling her grandma scary stories. After moving to New York to pursue her art, she has written and illustrated many books for young readers. Her books have been acclaimed as "Best of the Best" by the Chicago Public Library, included on the American Library Association Notable Books List, and have received the International Reading Association's Children's Book Award.

Her past jobs include waiting tables at a Korean BBQ restaurant, flying as a flight attendant, handwriting a message on a life preserver, and drawing tiny pictures on fake nails.

When she is not creating, she loves to spend time with children in her community and around the world. The local children in a shelter, the mountain children in the Himalayas, the Bedouin children in the Arabian desert, the orphans in flooded Cambodia, and the North Korean defector children are among her greatest teachers.

4.8 out of 5 stars
4.8 out of 5
3,185 global ratings
How are ratings calculated?
To calculate the overall star rating and percentage breakdown by star, we don’t use a simple average. Instead, our system considers things like how recent a review is and if the reviewer bought the item on Amazon. It also analyses reviews to verify trustworthiness.
Top reviews

Bhuvana
5.0 out of 5 stars Good
Reviewed in India on 16 June 2019
Verified Purchase
After knowing about this book I ordered as good reads ratings is 4.3 Itz worth buying must read to the kids as all readers knows itz worth.. 🙂 Must get for the kid who loves stories n have reading habits
Amazon price always shows 400+ so I waited for long price drop order at 200 Rs thank God am saved as MRP of the book is 250 so if ur getting this book plz chk price n order
Read more
4 people found this helpful
Helpful
Report abuse

VAMSI KRISHNA GADE
5.0 out of 5 stars DONT MISBEHAVE WITH NEW CHILDREN IN CLASS
Reviewed in India on 25 July 2021
Verified Purchase
My Son Mahanth liked the story of the The Name Jar. The characters Unhe, Grand mother, Mr Cocotus and Tim are wonderful.
Read more
One person found this helpful
Helpful
Report abuse

AC
3.0 out of 5 stars Great concept but better story needed
Reviewed in the United Kingdom on 15 October 2020
Verified Purchase
Good idea but the story was a bit too long and I think the message was lost as my daughter got bored half way through. I think done in a bit different way would have made the story a bit more punchy.

For example if she'd done a show and tell to the class to explain her name/meaning/background and the kids had a realisation that a name is important even if it takes them a bit to learn how to pronounce.

They needed to realise that the context and validity of other cultures/names far outweighs the slight difficulty in pronouncing, and the importance of not anglicising a name. I feel like what the author was trying to say didn't really translate through the story. It needed to be more simply told ie her name is just as valid as John etc.
Read more
2 people found this helpful
Report abuse

Red Bus Book Lover
5.0 out of 5 stars Lovely story for around 8+ up
Reviewed in the United Kingdom on 7 June 2019
Verified Purchase
This is a lovely and though-provoking story which I think would work best with children around 8 and up. Our Year Four class had very profound discussions around how we treat new people and what our names / background / individuality mean to us and why they are important. A good read-aloud, especially in a class you are trying to get thinking about how well they include others.
Read more
2 people found this helpful
Report abuse

D. Ring
4.0 out of 5 stars Fabulous.
Reviewed in the United Kingdom on 10 November 2012
Verified Purchase
We bought this in relation to our 4 year olds issues with making and relating to her school friends. It's good and certainly did the trick. A little long for a quick story but good.
Read more
2 people found this helpful
Report abuse