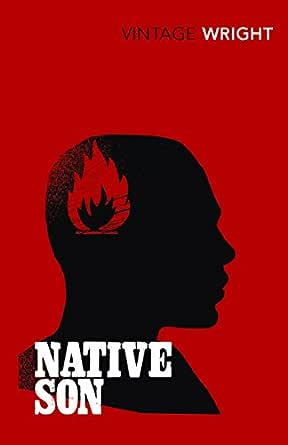 Subtotal ₹
Cart
View your cart
To add this eBook, remove any 1 eBook from your cart or buy the 25 eBooks present in the eBook cart
Review items in your cart
There was a problem adding this eBook to the cart
Kindle Edition
₹ 250.16 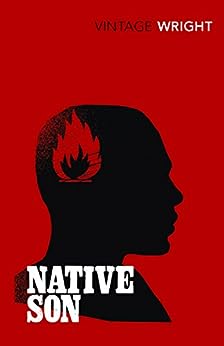 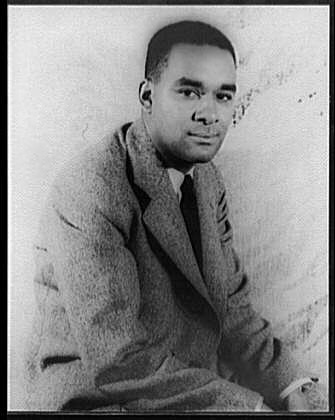 Bigger Thomas is doomed, trapped in a downward spiral that will lead to arrest, prison, or death, driven by despair, frustration, poverty, and incomprehension. As a young black man in the Chicago of the '30s, he has no way out of the walls of poverty and racism that surround him, and after he murders a young white woman in a moment of panic, these walls begin to close in. There is no help for him--not from his hapless family; not from liberal do-gooders or from his well-meaning yet naive friend Jan; certainly not from the police, prosecutors, or judges. Bigger is debased, aggressive, dangerous, and a violent criminal. As such, he has no claim upon our compassion or sympathy. And yet...

A more compelling story than Native Son has not been written in the 20th century by an American writer. That is not to say that Richard Wright created a novel free of flaws, but that he wrote the first novel that successfully told the most painful and unvarnished truth about American social and class relations. As Irving Howe asserted in 1963, "The day Native Son appeared, American culture was changed forever. It made impossible a repetition of the old lies [and] brought out into the open, as no one ever had before, the hatred, fear and violence that have crippled and may yet destroy our culture."

Other books had focused on the experience of growing up black in America--including Wright's own highly successful Uncle Tom's Children, a collection of five stories that focused on the victimization of blacks who transgressed the code of racial segregation. But they suffered from what he saw as a kind of lyrical idealism, setting up sympathetic black characters in oppressive situations and evoking the reader's pity. In Native Son, Wright was aiming at something more. In Bigger, he created a character so damaged by racism and poverty, with dreams so perverted, and with human sensibilities so eroded, that he has no claim on the reader's compassion:

"I didn't want to kill," Bigger shouted. "But what I killed for, I am! It must've been pretty deep in me to make me kill! I must have felt it awful hard to murder.... What I killed for must've been good!" Bigger's voice was full of frenzied anguish. "It must have been good! When a man kills, it's for something... I didn't know I was really alive in this world until I felt things hard enough to kill for 'em. It's the truth..."

Wright's genius was that, in preventing us from feeling pity for Bigger, he forced us to confront the hopelessness, misery, and injustice of the society that gave birth to him. --Andrew Himes --This text refers to an alternate kindle_edition edition.

Richard Wright won international renown for his powerful and visceral depiction of the black experience. He stands today alongside such African-American luminaries as Zora Neale Hurston, James Baldwin, and Toni Morrison, and two of his novels, Native Son and Black Boy, are required reading in high schools and colleges across the nation. He died in 1960. --This text refers to an alternate kindle_edition edition.

Right from the start, Bigger Thomas had been headed for jail. It could have been for assault or petty larceny; by chance, it was for murder and rape. Native Son tells the story of this young black man caught in a downward spiral after he kills a young white woman in a brief moment of panic. Set in Chicago in the 1930s, Wright's powerful novel is an unsparing reflection on the poverty and feelings of hopelessness experienced by people in inner cities across the country and of what it means to be black in America.

Right from the start, Bigger Thomas had been headed for jail. It could have been for assault or petty larceny; by chance, it was for murder and rape. Native Son tells the story of this young black man caught in a downward spiral after he kills a young white woman in a brief moment of panic. Set in Chicago in the 1930s, Wright's powerful novel is an unsparing reflection on the poverty and feelings of hopelessness experienced by people in inner cities across the country and of what it means to be black in America.

--Newsweek --This text refers to an alternate kindle_edition edition.

Richard Wright's brutal and gripping novel was a huge hit - selling at a rate of 2,000 copies a day - on first publication in 1940. --This text refers to an alternate kindle_edition edition.

4.6 out of 5 stars
4.6 out of 5
1,119 global ratings
How are ratings calculated?
To calculate the overall star rating and percentage breakdown by star, we don’t use a simple average. Instead, our system considers things like how recent a review is and if the reviewer bought the item on Amazon. It also analyses reviews to verify trustworthiness.

Lalit Kumar
2.0 out of 5 stars Too costly
Reviewed in India on 17 September 2019
Verified Purchase
I got this book at Rs. 786. But the label on book mentions that MRP is 499.
Read more

nigel bowles
4.0 out of 5 stars A brilliant but slightly difficult read
Reviewed in the United Kingdom on 2 May 2018
Verified Purchase
It is apparently a rather far fetched story of a black teenager. However, as is pointed out in the introduction by the author, the aim of the book is more to reflect the situation of the black community in the inter-war years. The last section, "Fate" is particularly powerful and very political, though a little long winded at times.
In summary, I came to this book after reading "Black Boy" by the same author and I would recommend it if you like strong social comments in your novels.

AnnieC55
5.0 out of 5 stars A very good but emotionally harrowing read.
Reviewed in the United Kingdom on 10 July 2017
Verified Purchase
This book I could not put down and a seriously shocking, harrowing story. I appreciated the book from the time he wrote it and the experiences of others. It was well written and interesting. Even though I am still gobsmacked I felt that I connected to every one of the characters at that time.
Read more
3 people found this helpful
Report abuse

john l whitaker
5.0 out of 5 stars This book turned my head around could not stop reading till the end
Reviewed in the United Kingdom on 16 October 2017
Verified Purchase
Marvellous Book & it hasn't dated
Still relevant now what with Black Lives Matter
This is the 3rd copy I have purchased over the years
Radical & perceptive
Read more
2 people found this helpful
Report abuse

Seamus the Red
4.0 out of 5 stars Thoroughly recommended
Reviewed in the United Kingdom on 31 January 2020
Verified Purchase
My daughter found it a great reference source for her history a level . Thoroughly recommended.
Read more
Report abuse
See all reviews
click to open popover
Unlimited FREE fast delivery, video streaming & more
Prime members enjoy unlimited free, fast delivery on eligible items, video streaming, ad-free music, exclusive access to deals & more.
> Get started
Back to top
Get to Know Us
Connect with Us
Make Money with Us
Let Us Help You
EnglishChoose a language for shopping.
© 1996-2021, Amazon.com, Inc. or its affiliates