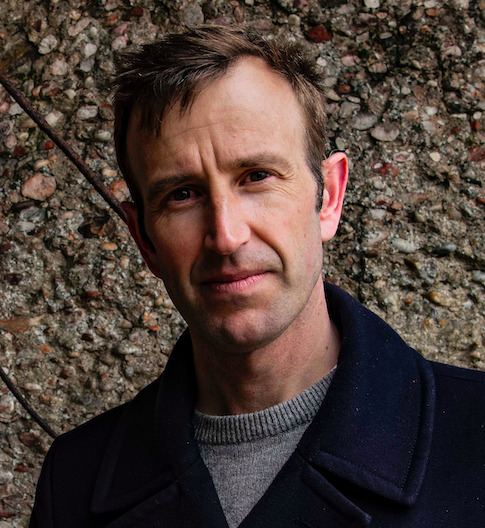 Ness goes beyond what we expect books to do. Beyond poetry, beyond the word, beyond the bomb - it is an aftertime song. It is dark, ever so dark, nimble and lethal. It is a triumphant libretto of mythic modernism for our poisoned age. Ness is something else, and feels like it always has been. ― Max Porter

Robert Macfarlane is the author of Mountains of the Mind, The Wild Places, The Old Ways, Landmarks, and The Lost Words, co-created with Jackie Morris. Mountains of the Mind won the Guardian First Book Award and the Somerset Maugham Award and The Wild Places won the Boardman-Tasker Award. Both books have been adapted for television by the BBC. The Lost Words won the Books Are My Bag Beautiful Book Award and the Hay Festival Book of the Year. He is a Fellow of Emmanuel College, Cambridge, and writes on environmentalism, literature and travel for publications including the Guardian, the Sunday Times and The New York Times.

Stanley Donwood is a graphic designer, artist and writer. He has worked with the British band Radiohead since 1994, producing the artwork for all their albums and promotional materials. He is also the author of numerous books including Catacombs of Terror!, Slowly Downward and Small Thoughts. His collaboration with Robert Macfarlane, Ness, will be published in November 2019.

Start reading Ness on your Kindle in under a minute.

4.5 out of 5 stars
4.5 out of 5
60 global ratings
How are ratings calculated?
To calculate the overall star rating and percentage breakdown by star, we don’t use a simple average. Instead, our system considers things like how recent a review is and if the reviewer bought the item on Amazon. It also analyses reviews to verify trustworthiness.
Top reviews

Ajay Sawant
5.0 out of 5 stars Stunning writing style and illustrations
Reviewed in India on 2 January 2020
This book has a incredible writing style if nothing else which I absolutely adore about it. I am still in the shock about the incredible way of writing, the flow which gets flowers in your ears. The language is strongly poetic.

Everyone needs to try this stunning piece of art by Robert Macfarlane. It's a rare masterpiece like which you might never come across in any other book.

Lunababymoonchild
2.0 out of 5 stars Very short, too many blank pages and too many illustrations
Reviewed in the United Kingdom on 14 December 2019
Verified Purchase
I have never read Robert Macfarlane and this does nothing to encourage me. It's listed as 196 pages but most of them are blank - and do I hate buying a book to read that has blank pages! - and some have illustrations on them, not very good ones at that, imho.

It's a mixture of prose and poem about the land coming alive and a bomb which the land that was coming alive managed to prevent from exploding. Yes, well. It might have been interesting if it had been presented in a better format but the book is small and with the aforementioned blank pages/illustrations frankly, like the other reviewer, I too feel cheated. Not worth the money.
Read more
5 people found this helpful
Report abuse

McKie
1.0 out of 5 stars Dreich and empty
Reviewed in the United Kingdom on 18 August 2020
Verified Purchase
Like wading through a teenager’s therapy diary.
Read more
2 people found this helpful
Report abuse

francophilip
5.0 out of 5 stars Pure poetry
Reviewed in the United Kingdom on 9 January 2020
Verified Purchase
We love Orford and this is a tale of love, admiration and the danger of humans in this world
Read more
Report abuse

Maxime Bevan
5.0 out of 5 stars Fantastic
Reviewed in the United Kingdom on 27 February 2021
Verified Purchase
Fantastic book. Bought more of his work since reading this. Will be a book I read every year.
Read more
Report abuse

Maria Fischer
5.0 out of 5 stars Faszinating
Reviewed in the United Kingdom on 8 May 2020
Verified Purchase
An otherworldly literary experience. Love it!
Read more
Report abuse
See all reviews
Back to top
Get to Know Us
Connect with Us
Make Money with Us
Let Us Help You
EnglishChoose a language for shopping.
© 1996-2021, Amazon.com, Inc. or its affiliates