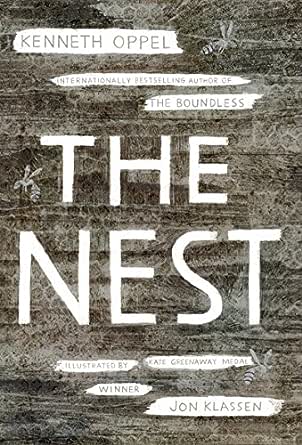 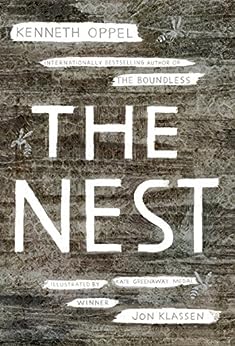 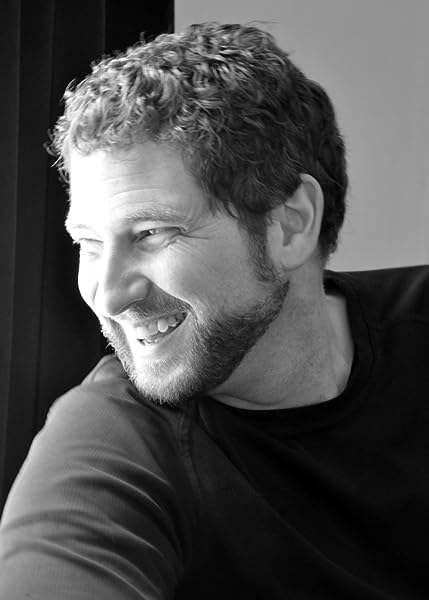 Kenneth Oppel's Airborn won a Printz Honor Award, and the Canadian Governor General's Prize. Its sequel, Skybreaker, was a New York Times bestseller. His Silverwing trilogy has sold over 1 million copies worldwide, and has been adapted as an animated TV series and stage play. Movie rights in This Dark Endeavour have been bought by the producers of Twilight. Jon Klassen is a Canadian writer and illustrator of children's books, and an animator. He won both the American Caldecott Medal and the British Kate Greenaway Medal for children's book illustration, for his picture book This is Not My Hat. He is the first person to win both awards for the same work. --This text refers to an out of print or unavailable edition of this title.

“With subtle, spine-chilling horror at its heart, this tale of triumph over monsters-both outside and in-is outstanding . . . a match made in kid-lit heaven.” -- Booklist (starred review)

“A tight and focused story about the dangers of wishing things back to normal at any cost . . . the emotional resonance is deep, and Steve’s precarious interactions with the honey-voiced queen make one’s skin crawl.” -- Horn Book (starred review)

“A masterpiece, and deeply heartening proof that two of our country’s best artists are continuing to take risks and grow artistically, even at the height of their careers.” -- The Globe and Mail --This text refers to an out of print or unavailable edition of this title.

THE FIRST TIME I SAW them, I thought they were angels. What else could they be, with their pale gossamer wings and the music that came off them, and the light that haloed them? Right away there was this feeling they’d been watching and waiting, that they knew me. They appeared in my dreams the tenth night after the baby was born.

Everything was a bit out of focus. I was standing in some kind of beautiful cave, with shimmering walls like white fabric, lit from outside. The angels were all peering down at me, floating in the air. Only one came close, so luminous and white. I don’t know how, but I knew it was a she. Light flowed from her. She was very blurry, not at all human-looking. There were huge dark eyes, and a kind of mane made of light, and when she spoke, I couldn’t see a mouth moving, but I felt her words, like a breeze against my face, and I understood her completely.

“We’ve come because of the baby,” she said. “We’ve come to help.” --This text refers to the hardcover edition.
Read more

4.6 out of 5 stars
4.6 out of 5
124 global ratings
How are ratings calculated?
To calculate the overall star rating and percentage breakdown by star, we don’t use a simple average. Instead, our system considers things like how recent a review is and if the reviewer bought the item on Amazon. It also analyses reviews to verify trustworthiness.

BB85
4.0 out of 5 stars A Nest of considerations here
Reviewed in the United Kingdom on 13 February 2017
Verified Purchase
The Nest has received so much acclaim and attention I thought it worth checking out. It is rather reminiscent of 'Skellig', a favourite book, although it lacks the allegory, mysticism and nuanced empathy. I appreciated the 'real' family relationships, the roles each character played. However, the central tenet, the deal struck between our protagonist and the 'Queen' wasp, was never fully explained. The confrontation, the climax of the story, was rather drawn out and ill considered in my opinion; would parents really leave their very ill, recently returned from hospital, facing a transplant, possibly terminal, newborn baby in the care of an older child? And for that period of time? I feel it very unlikely... However, if your child is of strong stuff (rather like the web) and can stomach a full, hammer blowing, denouement, this is the story!
Read more
Report abuse

Karen A
5.0 out of 5 stars Five Stars
Reviewed in the United Kingdom on 21 February 2017
Verified Purchase
Bought for an 11 year old who loved it!
Read more
Report abuse

Squeak 'n Banana
4.0 out of 5 stars "But 'yes' is a powerful word."
Reviewed in Canada on 25 January 2016
Verified Purchase
Kenneth Oppel's story had the kids intrigued to the end. Jon Klassen's cover and inside art set the mood. Only quibble is that the quality of paper inside - newsprint-ish - did not match the quality of the cover - beautifully printed acetate wrap.
Read more
Report abuse
See all reviews
click to open popover
Unlimited FREE fast delivery, video streaming & more
Prime members enjoy unlimited free, fast delivery on eligible items, video streaming, ad-free music, exclusive access to deals & more.
> Get started
Back to top
Get to Know Us
Connect with Us
Make Money with Us
Let Us Help You
EnglishChoose a language for shopping.
© 1996-2021, Amazon.com, Inc. or its affiliates