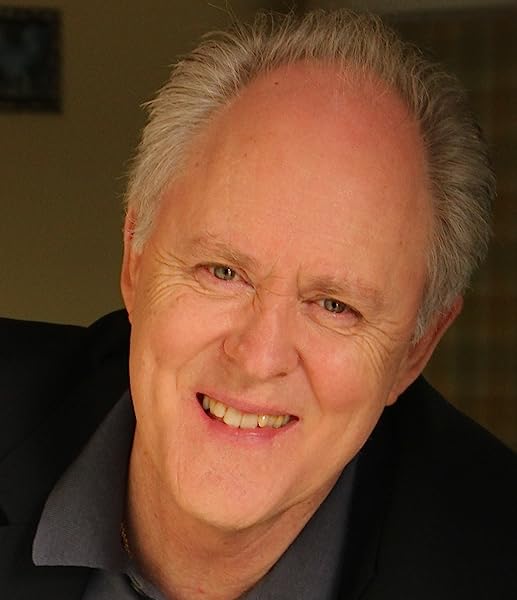 by John Lithgow (Author), Leeza Hernandez (Illustrator)
4.8 out of 5 stars 391 ratings
See all formats and editions
Sorry, there was a problem loading this page. Try again.
FREE delivery: Nov 8 - 15 Details

Bank Offer (13): 10% Instant Discount up to INR 1500 on Citibank Credit Card Transactions. Minimum purchase of INR 5000 See All
No Cost EMI: Avail No Cost EMI on select cards for orders above ₹3000 Details
Cashback: 10% back up to ₹100 on using Amazon Pay UPI to pay for your shopping transaction. No minimum order value. Valid once per customer during the offer period, applicable only on the Amazon app. Details
Partner Offers: Get GST invoice and save up to 28% on business purchases. Sign up for free Details
See 2 more
10 Days Replacement Only

"The humorous verse is full of zoo creatures and instruments that children will likely want to learn more about. The digital artwork matches the tone and text perfectly. Children will be giggling at both the song and the illustrations, such as the one of a hippo playing a tuba. This would be a great storytime book." ― School Library Journal

"Move over, Carnival of the Animals; here’s another snappy, yet lighter and younger, zoological fantasy to add to Lithgow’s repertoire." ― Kirkus Reviews

John Lithgow is the New York Times bestselling author of I Got Two Dogs; Mahalia Mouse Goes to College; Marsupial Sue Presents: The Runaway Pancake; I’m A Manatee; Micawber; Marsupial Sue; The Remarkable Farkle McBride; and Carnival of the Animals. An award-winning actor, he has starred on stage, film, and television. He performs concerts across the country and has recorded the CDs Farkle and Friends, Singin’ in the Bathtub, and The Sunny Side of the Street. Visit John at JohnLithgow.com.

Leeza Hernandez, an award-winning illustrator and now children’s book author, hails from the south of England, but has been living in New Jersey since 1999. She works as an art director at a local magazine and in her spare time, creatively noodles with new ideas for books in her art studio. She loves to experiment with printmaking, pen and ink, digital collage, and painting.
Tell the Publisher!
I'd like to read this book on Kindle

4.8 out of 5 stars
4.8 out of 5
391 global ratings
How are ratings calculated?
To calculate the overall star rating and percentage breakdown by star, we don’t use a simple average. Instead, our system considers things like how recent a review is and if the reviewer bought the item on Amazon. It also analyses reviews to verify trustworthiness.
Top reviews

Tigger
5.0 out of 5 stars Best Book
Reviewed in the United Kingdom on 7 May 2014
Verified Purchase
I love this book. I use it for teaching and the cd that goes with it allows you to recognise many aspects of music and voice. It is so entertaining the children don't know they are learning!
Read more
One person found this helpful
Report abuse

Diva
5.0 out of 5 stars So Fun!
Reviewed in Canada on 8 June 2016
Verified Purchase
As a primary music teacher I am always looking for great music based books for read alouds! This one is wonderful - especially when read with John Lithgow reading on the CD! All of my classes have laughed and truly enjoyed the story & music! Highly recommend for children of all ages!
Read more
Report abuse

M
1.0 out of 5 stars Silly Book!
Reviewed in Canada on 31 August 2021
Verified Purchase
Not much of a story line. Not much music played. It doesn’t display the sounds of different instruments.
Read more
Report abuse

johnb1
5.0 out of 5 stars Excellent book
Reviewed in Canada on 22 December 2013
Verified Purchase
We purchased this for our 5yr old Grandson. This is an excellent book graphics are amazing as well as the story line. Would recommend for all.
Read more
Report abuse
See all reviews
Back to top
Get to Know Us
Connect with Us
Make Money with Us
Let Us Help You
EnglishChoose a language for shopping.
© 1996-2021, Amazon.com, Inc. or its affiliates