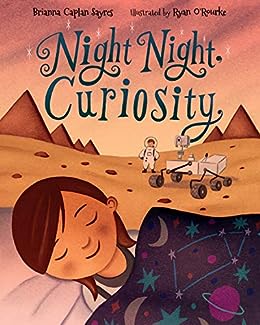 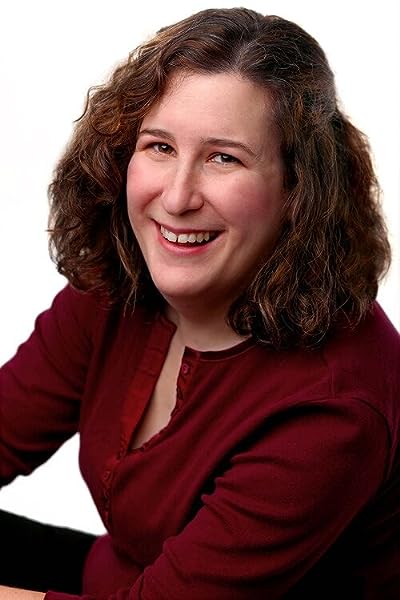 Ryan O'Rourke has a talent for drawing machinery for young children. He has illustrated picture books about trains (Alphabet Trains), trucks (Alphabet Trucks), boats (Alphabet Boats), skyscrapers (Up! Up! Up! Skyscraper), and spacecraft (Eight Days Gone), as well as many other topics. He is both author and illustrator of Bella Lost and Found and Bella Up, Up, and Away. www.ryanorourke.com --This text refers to the hardcover edition.

A child with eyes on the skies fits an envisioned trip to Mars into the bedtime routine.
After Mom has gone off to work a night shift at (as a later video call reveals) Mission Control, Dad flies the space-mad young narrator upstairs to wash up, snuggle down, and all the while imagine traveling with the Curiosity rover through space to land on Mars. In his russet-toned illustrations, O’Rourke bucks a common trend in the recent spate of entry-level tributes by not anthropomorphizing the durable rover. Consequently, the episode is animated less by artificial, fanciful elements than by the child’s native interest in space. The child’s astronomical enthusiasm is underscored in the pictures as the scene switches back and forth from Mars to good-night hugs and kisses in a bedroom festooned with space-themed furnishings and decorations. If Sayres’ verses aren’t exactly star quality (“We cuddle with my bedtime book… / We’re racing toward the sand. / Our parachute helps slow us down. / It’s time for us to land”) and the illustrator varies the child’s size from scene to scene, still the premise has a certain glow to it…and both rhymed part and prose afterword shed glimmers of background information about the rover’s mission. Child and parents appear to be White, but there are figures with darker skin in a crowd scene.
It’s nice to see a vivid imagination at work even though this plods where it should soar.


After her mother leaves for work as a NASA engineer, a young girl is readied for bedtime by her father. As they go through their nightly ritual of playtime, bath time, and story time, the young girl imagines herself on a space mission that mimics the one of the real-life Curiosity rover, which landed on Mars in 2012. This story is told through a series of quatrains in which the second and fourth lines rhyme. For the most part, the text chugs along nicely with a clear, if imperfect rhythm. However, a few awkward lines in the middle trip up the tongue and halt the gentle motion that propels the rest of the story. A wide range of color palettes is employed, from the soft sky blues and yellows of daytime, to the oranges and reds of a dusty Mars, to the dark purples and midnight blues of night here on Earth. Illustrations pair well with the text. For instance, when the girl is carried by her father up the stairs, she imagines being on a rocket soaring through the vast darkness of outer space. Smart use of white space shows us how the father’s care and stories give his little girl’s imagination room to grow. The title itself has a double meaning: It is the name of the real-life Mars rover the young girl imagines, and also the quality our young protagonist exhibits that will allow her to grow into a NASA engineer like her mother. Seeing a young girl foregrounded in a story about STEM is always inspiring; however, all of the approximately 20 people are light-skinned. VERDICT Despite this 21st-century space story’s lack of diversity, it is still a touching celebration of curiosity.
—School Library Journal
--This text refers to the hardcover edition.

There are 0 customer reviews and 1 customer rating.
Back to top
Get to Know Us
Connect with Us
Make Money with Us
Let Us Help You
EnglishChoose a language for shopping.
© 1996-2021, Amazon.com, Inc. or its affiliates