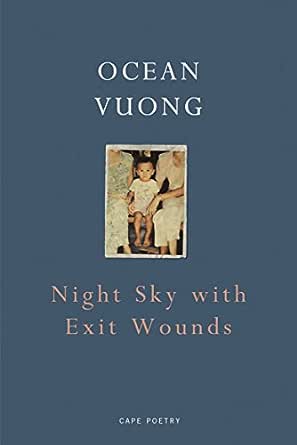 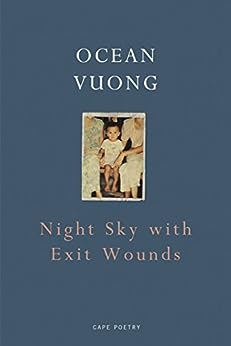 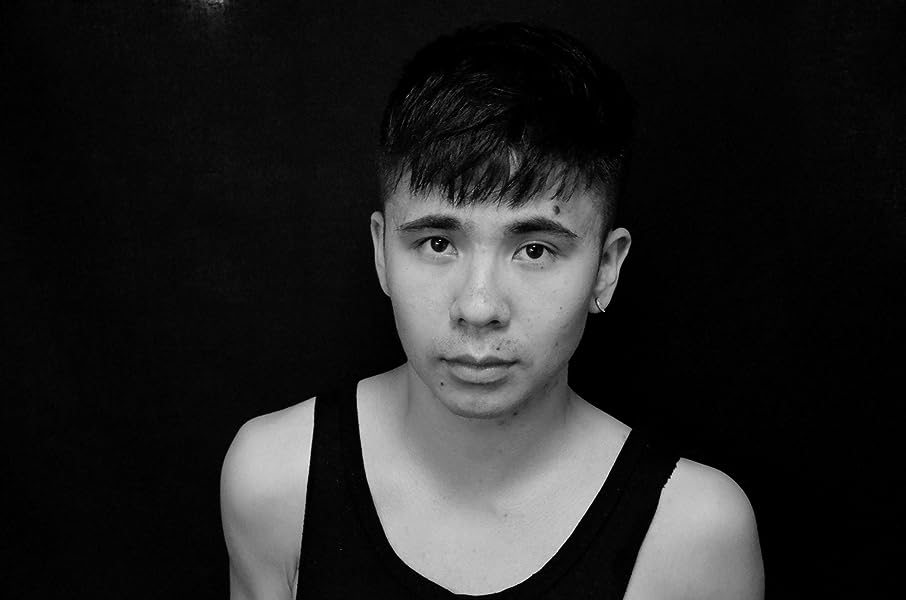 Night Sky With Exit Wounds…startled me with its urgency and its relevance. A eerily sure-footed debut. -- Rupert Thomson, Observer, Books of the Year

Reading Vuong is like watching a fish move: he manages the varied currents of English with muscled intuition … His lines are both long and short, his pose narrative and lyric, his diction formal and insouciant. From the outside, Vuong has fashioned a poetry of inclusion., New Yorker

Ocean Vuong is one of my auto-buy authors. I keep recommending his Night Sky With Exit Wounds to everyone; I can’t shout loud enough about it… I have quite a complicated relationship with what’s considered "classical poetry" but then someone like Ocean Vuong comes along, and he’s doing something so exciting that you can’t help but get caught up in it. -- Sara Collins, Refinery29

The poetry is a conduit for a life in which violence and delicacy collide… I like the fragility, resilience and the sense that the stories that need telling are hardest to tell – a difficulty Ocean Vuong is courageously minded to overcome. -- Kate Kellaway, Observer

There is a powerful emotional undertow to these poems that springs from Mr Vuong’s sincerity and candour, and from his ability to capture specific moments in rime with photographic clarity and a sense of the evanescence of all earthly things. -- Michiko Kakutani, New York Times

The operatic voice of the book is vulnerable and unpredictable. Some of its strongest poems are also the strangest… It is an impressive, uneven, moving book about painful and important subjects – and is the work of a young poet who might, excitingly, say anything next. -- Jeremy Noel-Tod, The Sunday Times

Many of the poems in this, Vuong’s debut collection, achieve lift-off amid comparable scenes of drama and desperation… This is a book full of promise. -- David Wheatley, Literary Review

Vuong writes in what may be one of the most unfashionable modes of recent decades, in the richly meditative style of Rainer Maria Rilke. And, almost unbelievably, he does so successfully… Vuong’s roomy, cool, risky poems are more than promising, and this is an exciting and compelling book. -- John McAuliffe, Irish Times --This text refers to an alternate kindle_edition edition.

‘Reading Vuong is like watching a fish move: he manages the varied currents of English with muscled intuition.’ New Yorker --This text refers to an alternate kindle_edition edition.

Ocean Vuong is the author of the critically acclaimed poetry collection Night Sky with Exit Wounds, winner of the Whiting Award and the T.S. Eliot Prize. His writings have also been featured in The Atlantic, Harper's, The Nation, New Republic, The New Yorker, and The New York Times. In 2019 he was awarded a MacArthur Foundation Fellowship. Born in Saigon, Vietnam, he currently lives in Northampton, Massachusetts, where he serves as an Assistant Professor of English at UMass-Amherst. On Earth We're Briefly Gorgeous is his first novel. --This text refers to an alternate kindle_edition edition.
Read more

4.8 out of 5 stars
4.8 out of 5
485 global ratings
How are ratings calculated?
To calculate the overall star rating and percentage breakdown by star, we don’t use a simple average. Instead, our system considers things like how recent a review is and if the reviewer bought the item on Amazon. It also analyses reviews to verify trustworthiness.

Sanjula Sinha
5.0 out of 5 stars Beyond anything of its kind
Reviewed in India on 30 November 2018
Verified Purchase
I cannot even stress enough how good this book is
Read more
Helpful
Comment Report abuse

Anjutha Ranganathan
5.0 out of 5 stars What a book! Sheer brilliance!
Reviewed in India on 6 September 2020
LOST IN POETRY.❤❤
"Shouldn't heaven be super heavy by now?"
How perfect this line suits!
This book, 'NIGHT SKY WITH EXIT WOUNDS' by Ocean Vuong is sheer brilliance! Another level!
So I have been dipping in and out of it for a while. Finally, finished reading it. Some of the lines still resonate in me.
"How sweet. That rain. How something that lives only to fall can be nothing but sweet."
And yeah almost all of it is just a wow, poetic excellence personified in every bit I'd say. And I honestly wonder if someone can write this deep, with every line, a figure of speech, with spellbound fantasy.
This book has got too much language, vocabulary and imagination to deal with. yet, a heart open in your hand. something beyond beautiful. Absolutely amazing choice of words n Vuong's poetry is mesmerizing n unbelievable! This is one to reread over & over again.

Anna C
5.0 out of 5 stars Not surprised he's winning poetry prizes - brilliant
Reviewed in the United Kingdom on 16 March 2018
Verified Purchase
Brilliant, sensitive, articulate and shocking. Ocean was a Vietnamese boat baby who has become a fine writer dealing with the hard stuff of sexuality, relationships and war without being mawkish. Each poem is a perfect miniature, a snapshot of the world as refracted through his experience. And what an experience. Impressive use of the precise word to convey a world of meaning. He quotes the Chinese dissident "misty" poet Bei Dao and I wouldn't be surprised if he studied under him in the US. It doesn't contain my favourite poem of his, Kissing in Vietnamese, but it is worth looking up. If you like it, you should buy the book.
Read more
3 people found this helpful
Report abuse

Four stars, though, because most of it sounds rather good. So it's probably something important, for people who understand.
Read more
4 people found this helpful
Report abuse

crackedactor
3.0 out of 5 stars Identity poetry that I can't relate to.
Reviewed in the United Kingdom on 10 March 2018
Verified Purchase
I got this expecting something amazing. Mostly, it is very much what I call 'identity poetry' whose subject matter is so personal to the writer that I can't relate to it. Ocean Vuong has a good talent for some rich imagery but to be honest, this kind of poetry is just not my cup of tea.
Read more
2 people found this helpful
Report abuse

rencwalker
4.0 out of 5 stars The book is lovely.
Reviewed in the United Kingdom on 13 November 2020
Verified Purchase
The item itself is lovely! Was recommended by a friend and I'm glad I ordered it. Now, the delivery was awful, found the parcel left on the floor a bit further away from the door. There are two flats and 4 people living in the building, yet, no one knocked the doorbells OR the door. Since the item is a book I'm enraged because it was a rainy day and there was the possibility of damaging the item. If there was to be a no contact delivery I would appreciate to know that my parcel has been put in a safe place so that there will be no damage.
I am content with the book but cannot excuse the delivery way.
Read more
Report abuse

Zetetik
5.0 out of 5 stars True soul of a poet! - authentic modern thought, sensation, and rhythm (HIGHLY RECOMMENDED!)
Reviewed in the United Kingdom on 21 September 2019
Verified Purchase
Simply one of the finest contemporary poets I've read - Beautiful, powerful, and ALWAYS unexpected in subject and rhythm, while remaining an irreducible whole!)

You want to read modern poetry at it's finest - here you go! :D
Read more
Report abuse
See all reviews
click to open popover
Unlimited FREE fast delivery, video streaming & more
Prime members enjoy unlimited free, fast delivery on eligible items, video streaming, ad-free music, exclusive access to deals & more.
> Get started
Back to top
Get to Know Us
Connect with Us
Make Money with Us
Let Us Help You
EnglishChoose a language for shopping.
© 1996-2020, Amazon.com, Inc. or its affiliates