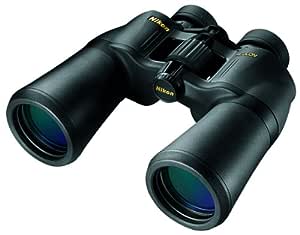 Add to Cart
₹ 7,000.00
& FREE Shipping on eligible orders. Details
Sold by: Express Deal.
Have one to sell? Sell on Amazon

Fulfillment by Amazon (FBA) is a service we offer sellers that lets them store their products in Amazon's fulfillment centers, and we directly pack, ship, and provide customer service for these products. Something we hope you'll especially enjoy: FBA items qualify for FREE Shipping and Amazon Prime.

If you're a seller, Fulfillment by Amazon can help you grow your business. Learn more about the program.

Aculon A211 10x50 binoculars are built with multi-purpose functionality and a lightweight, ergonomic design. These binoculars are perfect for those looking for extremely versatile and high quality,

Nikon is dedicated to quality, performance and total customer satisfaction. If your Nikon Binocular, LaserForce Rangefinder Binocular, Riflescope, Scope Mount or Fieldscope requires repair not covered by our Limited Lifetime Warranty, just send it to us and Nikon will at our option repair or replace the product at no charge.

4.4 out of 5 stars
4.4 out of 5
263 customer ratings
By customer groups & interests
Binocular Astronomy
4.3
Birdwatching
3.9
Cameras
4.3
Is this helpful?
Yes
No
Thank you for your feedback.

Vamsi Arjun
4.0 out of 5 stars Powerful and Robust Binocular with Bak4 Multicoated layer lens.
12 August 2018
Style: 10x50Verified Purchase
I did a lot of research on binoculars like Bushnell, Celestron, Olympus and even Solognac decathlon product for near about a month or so and finally settled with Nikon Acculon 10x50 MC layer Bak4 german made lens. This Binocular is Beast!! The fit n finish of binocular is impeccable. Yon can see the landscape, buildings, mountains so clearly which cannot be visible with your naked eyes. It's really awesome. And there's really no abbreation at all. No shaking nor distorted images. Coming to Cons: 1) Little bit heavy but ok manageable with strap and tripod. 2) No waterproof 3) No Antifog feature. Rest all good. Overall its a VFM. Perfect binocular. I give 4.5 Star's. I totally recommend it.
Read more

Lena
1.0 out of 5 stars Inflated price, poor finish, limited diopter correctio
5 May 2019
Style: 8x42Verified Purchase
Binoculars are of poor quality body. It looks like cheap imitation. The diopter adjustment range is very limited making them hard to use comfortably by people with even minor difference in their eye powers. There are two spots of dust inside the left eyepiece.

I had ordered seeing an MRP of 9999 and a discount offering them for 5749. On receiving I saw the printed MRP as 5750. Seller - Camera Art and Supports. They have inflated the price to misguide customers.

Jigs
4.0 out of 5 stars Decent for beginners
9 March 2018
Style: 10x50Verified Purchase
I have had them for two years now. This pair of binoculars work perfectly fine for me. The only problem I have is they are a little bulky while traveling and feel heavy around the neck if you are going to be out all day or hiking with them. Other than that, no complaints. Olympus in the same range would also do, its slightly on the lighter side.
Read more
18 people found this helpful
Helpful
Comment Report abuse

Rakov
4.0 out of 5 stars Initial review of A211 10-22x 50
19 November 2018
Style: 10-22x50Verified Purchase
Initial review. The image is clear and bright. Image Quality is what u would expect from 5k rupees to 20k rupees binoculars.There is some chromatic aberration but not terrible.( High end users won't like it)
Low light performance is good. Obviously more brighter than naked eye.
Cons.
Viewing angle is small
Weight is on the heavier side (1.3 kilograms). You won't want to carry this around whole day or for trekking/hiking.
Little over priced.
Since viewing angle is small and the bino is heavy u need extra steady hands even at 10x.
Tripod is a must have if u want to enjoy the zoom.
U need to refocus after changing magnification.
Don't buy this blindly because of the magnification. For practical/normal/all occasion use 8x40/42 is the best.
U get what u pay for is true.
Read more
11 people found this helpful
Helpful
Comment Report abuse

₢∆#µ§
2.0 out of 5 stars You can buy at least four made in China with the amount. These too are.
21 July 2019
Style: 10-22x50Verified Purchase
Good things are already said about these in other reviews and most of them are not far from the truth. But, still. . .

The basic function any pair of binoculars serves is to let us see distant objects, organic or inorganic, clearly and close.

So, what distinguishes one pair from a similar one in the market? The material used in manufacturing it.

Since these are made in China, what you essentially pay for when you pay more than 11K for these is for the brand name printed on them. And that brand name accounts for about 75% of the amount you pay. Reason?

Though the description page on amazon.in claims that these binoculars are imported from the USA, they are made in China and you can get a very similar pair, with similar or (almost the) same (maybe even better such as IP65 or better) features for less than one-fourth of the price you pay for these. Buying a Chinese brand binoculars makes sense as it is a better value for your money.

In any case, you're going to get a Chinese pair at the end of the day if you are buying from amazon.in, maybe even from an offline shop in India, irrespective of the amount you spend and what you will get by paying ₹11,250 for these is not likely to be any different from what you get when you buy a similar pair of a Chinese brand binoculars at 25% price of these as it is perfectly possible that they are manufactured using the same material used in these. Actually, there is no way to know these are not made in the same Chinese factory that makes other Chinese brand binoculars.

I had a Chinese pair I bought for less than ₹3000 a few years back. I took them with me on my trip to Gangotri this May and forgot them in the glove compartment of the rental. The driver decided not to return them later when I recalled this and asked for them.

I took these with me on my recent trip to Shimla (which is quite beautiful, and somewhat dangerous, in monsoon; you shouldn’t take these out in rain as they are not waterproof nor fog proof) and I can say I didn't get much better results from these than I did from the pair I lost. As a matter of fact, the Chinese pair rented at the Green Valley was better than these (and water resistant at that).

Out of the box you get the binoculars, caps for the lenses, a neck strap, a pouch, a tripod adapter, guarantee card, a manual, and the list of service centers. Nikon has gone a stinge here and not included a cleaning cloth as if the company would go bankrupt if it included one.

The so-called (because the Chinese would call an orange an apple if they can sell it at the price of an apple; they don’t have any qualms and don’t care either for logic or for honour) BaK4 prisms used in these are actually Schott PsK3, to use the correct term, manufactured using phosphate crown, the cheaper Chinese version of barium crown, used in practically all cheap BaK4 or BaK7 prism binoculars, most of which are made in China (Ba is for barium, the Ps in PsK is for phosphate, and K is for ‘kron’, German for crown, by the way). Top-end brands like Leica, Leupold, Swarovski, or Zeiss use Schott BaK4 prisms (or roof prisms) made from barium crown glass. While Nikon claims these are Eco glass, they are not ED nor fully multi-coated, both of which matter more—even after charging ₹11,250.

The variable zoom is more of a gimmick than an actually useful feature as at higher magnifications, the resultant image loses out on clarity and focusing becomes rather erratic. I currently don't use one but may be a tripod could help in focusing at least as these are bit on the heavier side.

Overall, I wouldn't recommend these over a similar Chinese pair, which you can buy at least four for the price of this one if you intend to spend that much amount. And you wouldn't miss out the fun on a trip by having to take turns by sharing only one with friends or family. You won't see any difference—literally.

If you must have a pair of Nikon binoculars in this price range, its Prostaff 3S is much better value for your money (₹10200), which have roof prisms, are less heavy, and waterproof.
Read more
6 people found this helpful
Helpful
Comment Report abuse
There are 235 customer reviews and 263 customer ratings.
See all 235 customer reviews
Write a product review

Go to Amazon.com to see all 611 reviews 4.5 out of 5 stars
Unlimited FREE fast delivery, video streaming & more
Prime members enjoy unlimited free, fast delivery on eligible items, video streaming, ad-free music, exclusive access to deals & more.
> Get started
Back to top
Get to Know Us
Connect with Us
Make Money with Us
Let Us Help You
EnglishChoose a language for shopping.
© 1996-2020, Amazon.com, Inc. or its affiliates